There was this guy back in ancient Greece. He was pretty smart. His name was Archimedes, and he created a bunch of things. The Archimedes screw. He was able to describe how a lever worked in great detail. He even supposedly invented a ‘heat ray’ that focused reflected sun rays on to attacking ships, supposedly setting them on fire. 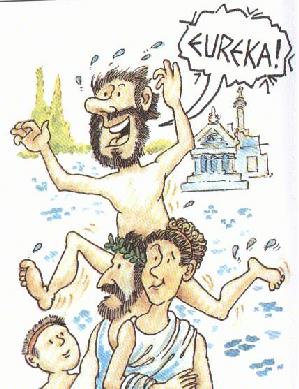 But, the biggest thing he did was figure out the Archimedes Principle. This describes how to measure the mass of an object by measuring how much water it displaced. Faced with trying to find a way to determine if a crown was made of pure gold or something a little less valuable, he thought he would soak in a tub to think about it. As he slipped in the water, he noticed that the level of water in the tub rose. The synapses fired, and, “EUREKA!” Which is exactly what he was reported to say as he leaped out of the tub and raced outside to announce to the world his discovery. In the buff. That must have been an exciting day for Archimedes – and the rest of the folks out on the street. 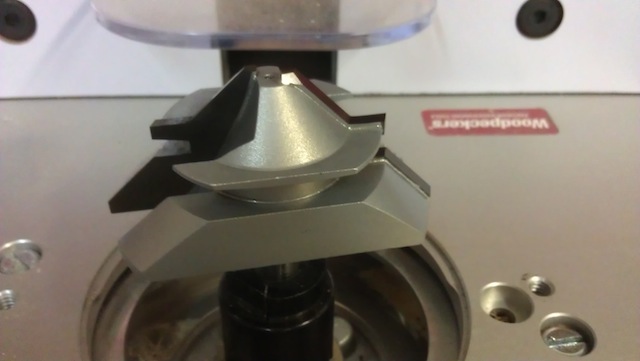 While I didn’t discover something as important as that, I did have my very own fully-clothed eureka moment in my shop.  It involved my nemesis, the lock miter bit. Yes, the same bit that caused me to swear it off years ago. However, the folks over at Infinity Cutting Tools told me that they had the answer to my problem, and that I should give it a try. 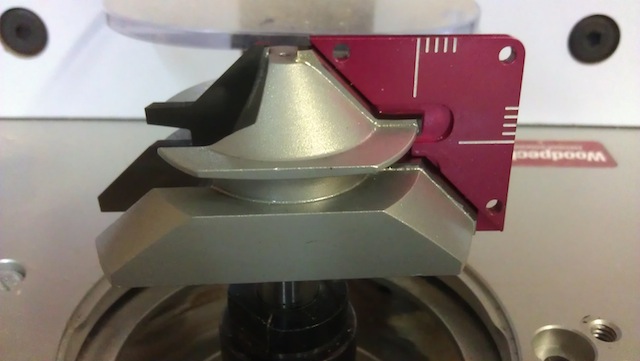 This is the tool, the Lock Miter Master Jig. It’s a piece of aluminum with a pair of rare-earth magnets that attach to the bit. The fun part is that when it is registered, the long tick marks point to the exact center of the bit profile. By adjusting the bit to these marks, it becomes easy to get a good result using the bit. 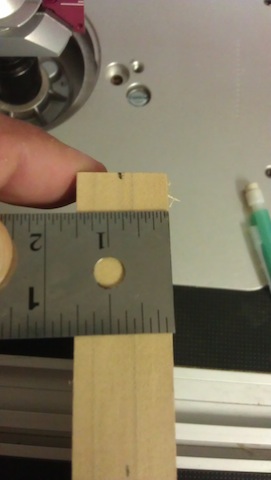 This, of course necessitates finding the exact center of your board. Those set up blocks that most bits come with are great – if your wood is exactly that thickness. Free from set board thicknesses, heck, anything’s possible. I use a center finding ruler to get things lined up properly, but you should be able to do that without one. Use the center line on the board to set the height of the bit, and then the fence depth, ensuring it is centered on the board. 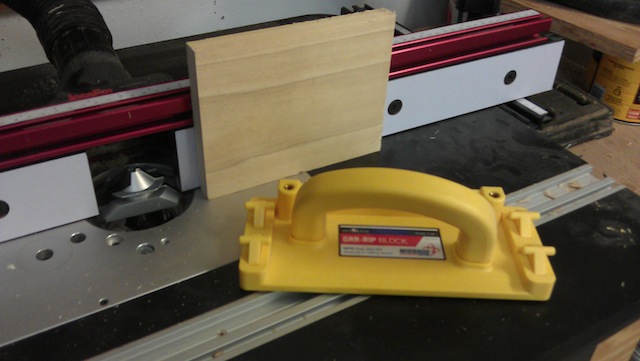 Now, one of the most important parts of this set up is to use featherboards and push blocks. Seriously. This is a big bit that removes a lot of stock in one pass, so everything you can do to keep positive control on the work is going to make it a safer and more accurate operation. 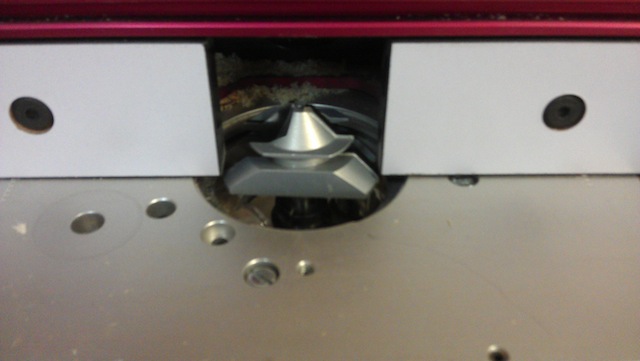 Another important step is to close the gap on the fence as much as possible. This helps to keep the possibility of things going wrong to a minimum. 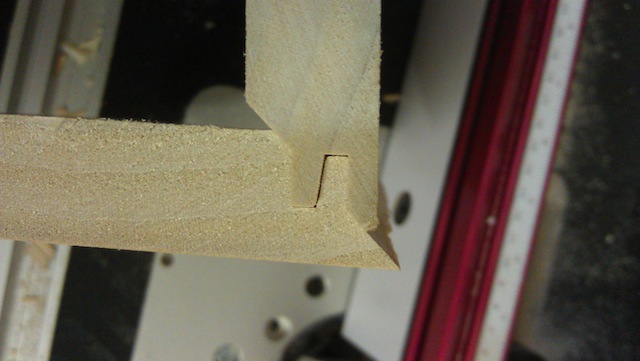 Now, I’m sure the folks at Infinity aren’t happy that I showed this shot, but this jig is not foolproof. I am a much better fool than they could have anticipated. The reason I show this is that you have to ensure during your measurements that the jig is perpendicular to the fence when you measure the center of the board. If not, yes, it is still possible to make a big boo-boo… 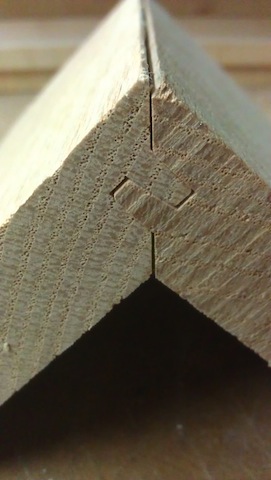