I have always hesitated to write articles about how to design projects.  Maybe it’s because I’ve built more than a few stinkers and want to forget about them. Or, is it that sometimes I design my projects as I go along… pencil in one hand and crying towel in the other?  I can’t keep the reasons straight anymore.

There is one convention that I have stumbled across while designing a few projects that has helped me out of more than a few jams along the way.  That is the Golden Ratio.

Just what the heck is it?  Well, it’s a classical design concept that has been in play for more than two millennia… Back in the days of ancient Greece, mathematicians such as Pythagoras and Euclid were noticing that in balanced shapes in construction, nature and geometry that there was this relationship between sizes of items that kept recurring. It was described as the extreme and mean ratio.  What does that mean?  Heck, I was an English major back in college… you do the math. However, it can be expressed quite eloquently in the following diagram: 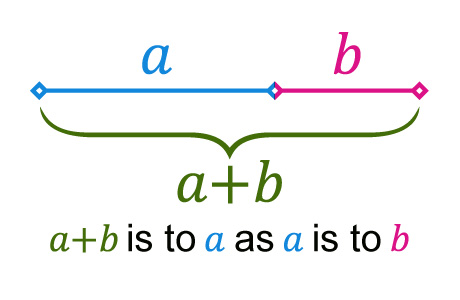 The idea must have taken off, because many classical structures such as the Parthenon were built with this pleasing ratio in mind.

The golden ratio is also expressed as the Greek letter phi (φ) or as a number expressed as 1.618033…. This is known as an irrational number – kinda like my family’s checking balance after we pay all of our bills. “Honey, how did the account get so low? That’s just totally irrational!”

How does this help with woodworking? In many cases, it can be used to create a more balanced looking piece.  You can create the Golden Ratio by doing some complicated math, buy a special phi graded ruler or do what I do – look for a free online golden ratio calculator like this one. The best example of one of my projects using the golden ratio was the Fujiwhara Chest. I knew I wanted to build a cabinet about five feet (or 60 inches) tall, but how large should the cabinet section be versus the leg height?  I wanted the proportions to be nice to look at and convenient to access. So, I went online and plugged my numbers in.  I saw that the golden ratio of 60 inches is 23 and 37.  That’s when I drew up the plans for a 23 inch tall cabinet and a 37 inch tall base.

I also had to determine how deep to build the piece.  Should I just guess, or try to get it balanced? I plugged in 23 inches (the height of the cabinet) and figured the golden ratio for that – 14 inches deep. So, that’s how deep I built the piece.  The proportions came out pretty spot on, and one of the comments I got from the judges the year the Fujiwhara Chest showed was that it used proportions very well. 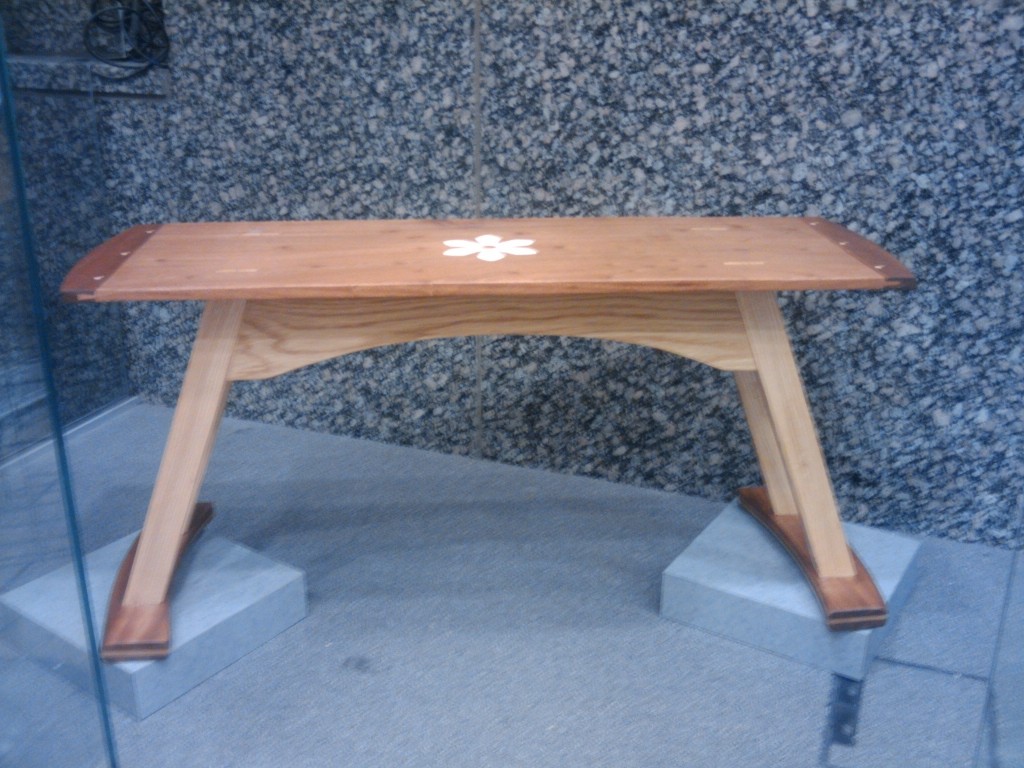 Another project I used the golden ratio on was Centered.  My plan was to come up with a unique looking table featuring a wide sapele board and angled legs. And, that’s exactly what I built.  And, when I showed the piece to some other folks, they all gave the same reaction.  “It looks nice, but something’s not right with it.” The project had no visual weight on the top, making it look too much like an ironing board.

OK, back to the shop it went for me to add some aprons to the piece.  How large should they be?  I plugged the total height of the table from floor to top – 17 inches into the calculator and saw that the numbers were going to be 7 inches and 12 inches.  This presented a few problems… I didn’t have a 7 inch wide ash board to use on the piece, and my band saw didn’t have that kind of resaw depth. Hmmm…

One other thing about the golden ratio is that you can continue to drill down, using the ratio numbers to make smaller dimensions.

So, since there is this relationship between numbers, I entered the  12 inch measurement into the calculator and came out with 5 and 7…   I figured why not try for 5?

Perfect. The apron looked balanced when I cut it to 5 inches tall. To help make it more graceful, I plugged the number 5 into the calculator and came up with 2 and 3.  I marked the center of the board two inches up from the bottom edge, connected a few points by a curve and cut it out to get a nice, graceful look.

Did I explain the golden ratio properly? Probably not. I’m pretty sure someone will weigh in to point out my complete lack of mathematical abilities or why the golden ratio should be avoided… but for a dunderhead like me, using this concept seems to help me in the design phase.

One thought on “There’s gold in them there ratios…”