As I have mentioned before, our friends Bob and Pam hold an annual event known at Timpano Night. In the late winter or early spring (the date changes to ensure maximum participation), a number of us get together to collaboratively build something known as a Timpano – an Italian dish consisting of all kinds of goodies married together inside a rolled crust and baked until done to perfection. 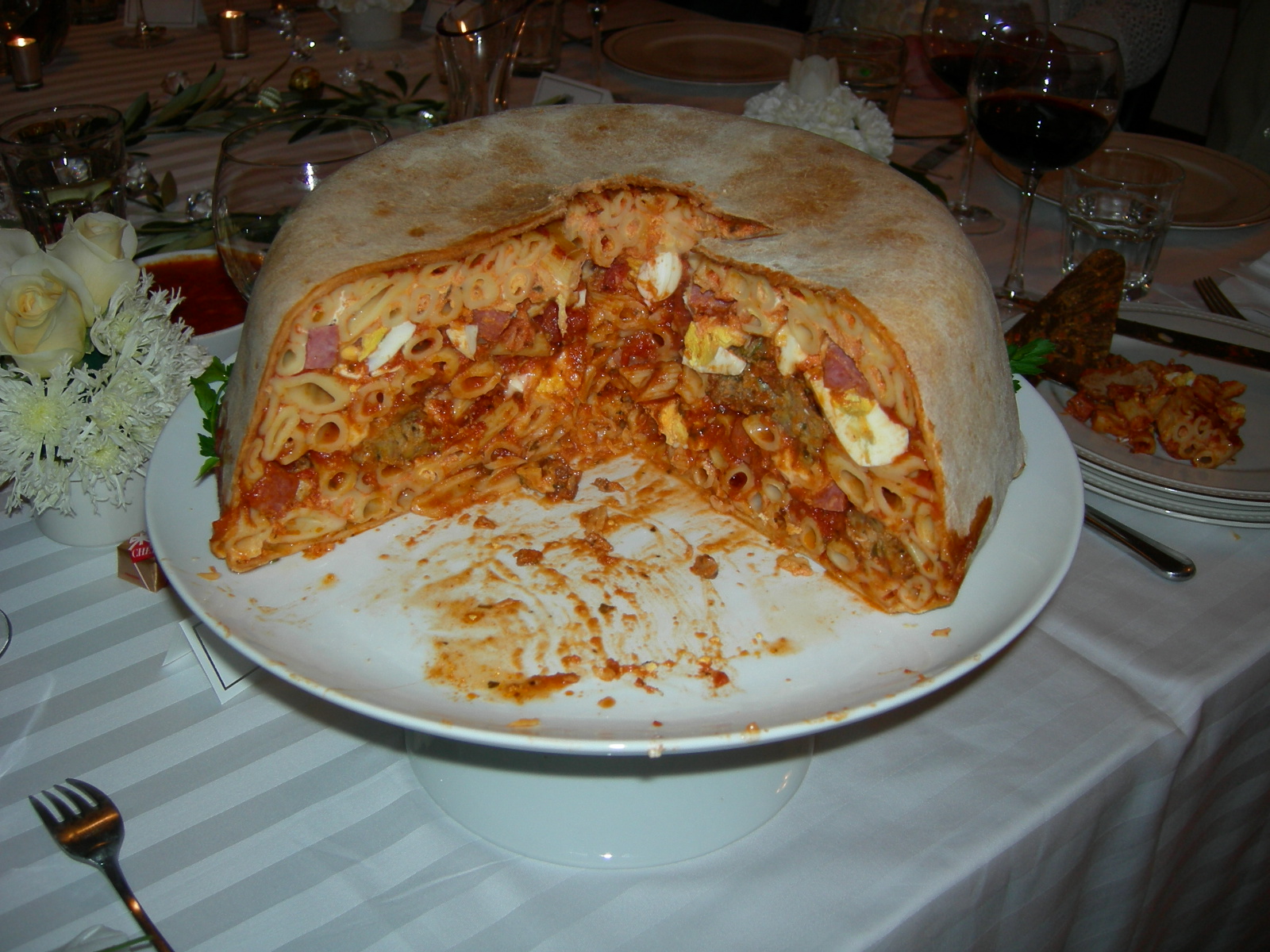 The one down side about Timpano Night is that the dish is hardly what you would consider fast food. The baking alone takes a little more than an hour, and unless you want to eat some type of steamy Timpano soup, the final product has to rest for at least another hour to firm up.

But, leave it to Bob and Pam to come up with the ultimate solution to pass the time. Each year, they hire a magician to come to their house to perform some up-close magic tricks during the cooking and cooling phase of the dinner.

Kentastic isn’t just a magician – he has become an integral part of the entire event. And, while the kitchen crew toils away, Ken wows the crowd with his prestigidation.  Believe me, he’s good. And he is also a great showman, keeping the table in stitches as he goes from trick to trick.

There is one person, though, who sits very close to Ken while he is performing his feats, and she gets very involved in the act. Our friend peers closely at his hands, trying to find the secret of his act. She gets as many – if not more – laughs than Ken as she gives him grief and tries to figure out just how Ken does his thing.

There has been many times during my past 14 years as a woodworker where I have found myself looking at a piece of furniture or some other project and thought to myself, “Dang! How did this woodworker do that?” 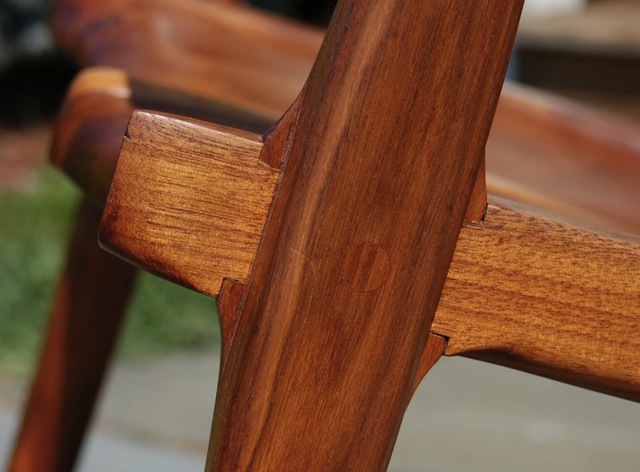 Sometimes, it can be examining a challenging joint on a beautiful project. I have seen the famous joint that woodworking legend Sam Maloof used to connect the legs and backrest of his sculpted chairs to the seats. I have had woodworking notables such as Andy Chidwick, Kurt Rashke and Charles Brock explain – and SHOW me – the joint, and I still have trouble wrapping my mind around just how the joint works, and how to cut it. 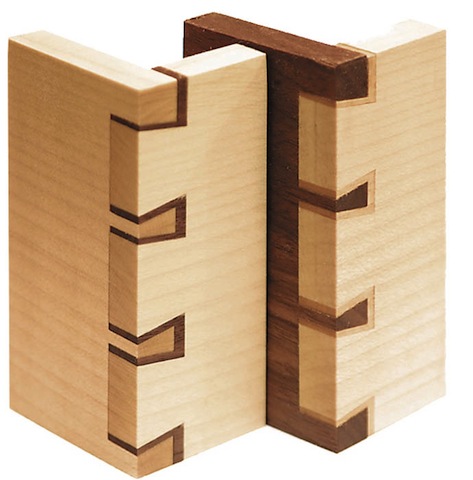 I have seen beautiful inlaid dovetails cut with some router based jig and wondered just how the heck those babies were cut, when – with a little bit of prompting – I probably could figure out that the proper application of a dovetail router jig could bang those babies out lickety split. 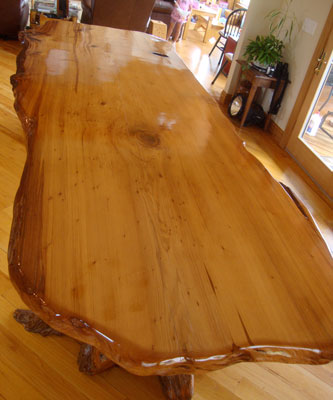 And, more than once, I have wondered just how people work with tremendously large slabs of gorgeously figured woods to build dining tables that are both flat and smooth, yet allow the natural beauty of the wood to shine through.

You know what? As a woodworker who wants to stretch his abilities and try new things, I don’t think I could find anything as exciting as experiencing that feeling. That is what makes me happy – to try new things. To see techniques I have never tried before and to succeed – or to learn from the mistakes to become a more accomplished craftsman.

That, my friends, is why next week, we will be celebrating Get Woodworking Week. Let’s give that feeling to someone in our lives…let’s make them curious and want to find out just how it is built and how it goes together.

Ken and his wife Melissa always stay after the magic to eat with us, and it’s interesting asking him some questions about the art of magic. Sure, Ken will tell us that magic is all about practice and showmanship, but he always adds that it’s the fun he has learning new tricks and watching people like my friend try to figure out how those tricks work that really makes his job fun.

One thought on “Unraveling mysteries”