I don’t normally enjoy working late at work. While it is an essential part of the job, it usually means that there is a long meeting of the board of county commissioners, or there’s a hurricane in the area. That’s never good.

But, today, I have to work late, and it’s for one of the most interesting reasons. 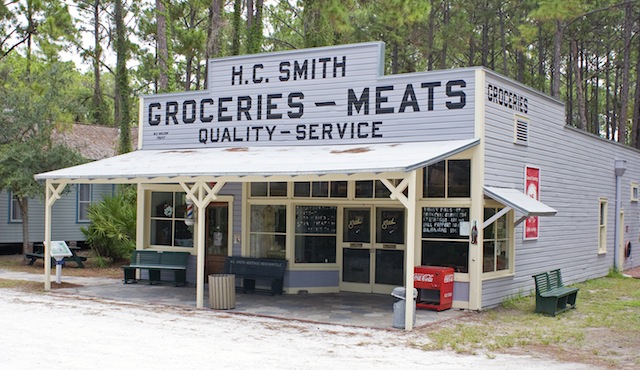 Let’s go back to 1976. That year, Pinellas County established Heritage Village.This 21-acre living history park is a place where many of the county’s historical structures were relocated to, rather than to have a date with the wrecking ball. Over the years, 28 structures representing different eras and styles in the county’s history have been sited here, giving visitors a look back into some of the most interesting bits of county history. 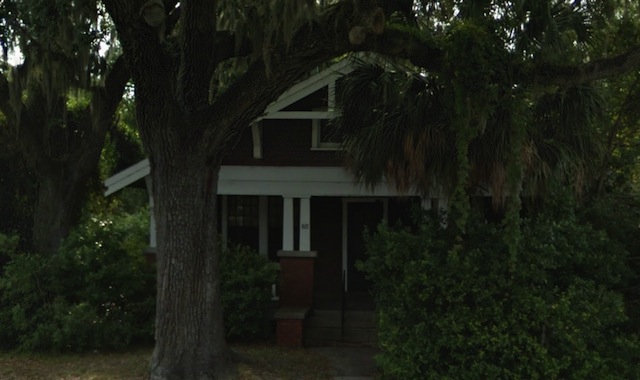 Well, for the past 20 years, I have been driving past a building tucked away in an overgrown lot. Several of my coworkers have mentioned that they would love to see the building bought and restored, and it is a great looking old house. Well, it turns out that this building – known as the Turner Bungalow – was built in 1915, and was owned by one of the original families that settled Pinellas County, and that last year, an elderly granddaughter of the original owner passed away, and the family put the house an the lot on the market.

Knowing that the future of the property was pretty much assured to be demolished, the county stepped up and purchased the house with an eye on moving it to Heritage Village.

When the county volunteers and staff members went into the house, they were amazed by the amount of stuff that had been accumulated in the building. Once many of the items were removed, three things became abundantly clear. 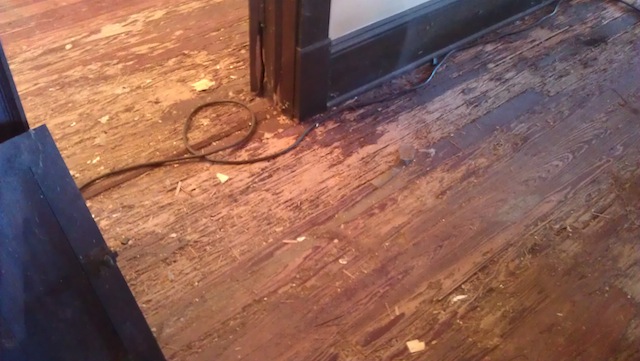 First, and worst of all, the house had been savaged by termites. With little protection provided by the native woods used to build the house, the termites had a field day, eating significant portions of the structure, chewing up the heart pine floors and even damaging the decorative woodwork. The house had to be treated a few times to clear out the infestation, and the property will require a tremendous amount of work to be made presentable to the visitors. 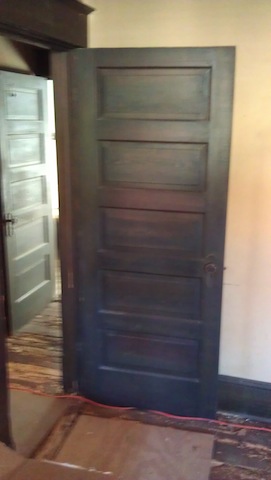 The second thing that stood out was – wow – there is some incredible woodworking inside the house. The door trim was just impressive, made of clear heart pine boards. The panels were exquisitely done. 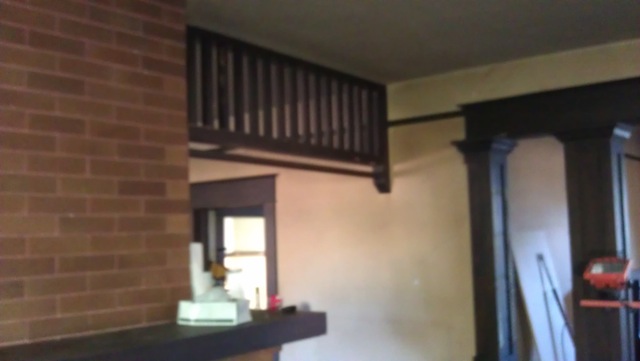 Decorative woodworking divided the front living room from the back of the house, helping to bring some scale to the very high ceilings. Fortunately, most of the decorative woodworking hadn’t been chewed up too badly, so that will be easy to restore for future generations.

Third, and most impressive, was the furniture that was uncovered. Wow. They sure built furniture well back in the day. And, yes, many of the pieces were original to the house. 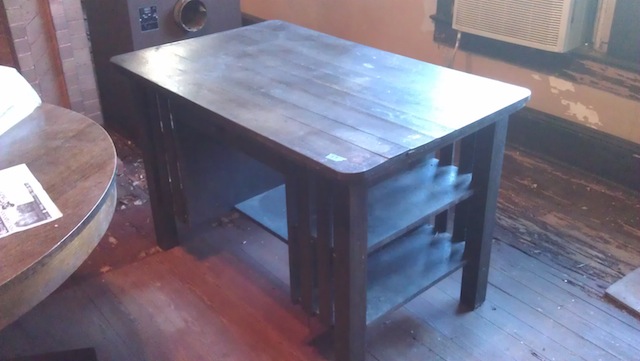 This table had an interesting design, with bookshelves on both of the ends and the top made from pine. An elegant design that might be worth copying in a future build. 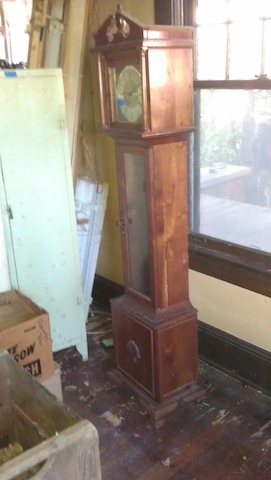 Another great piece was this grandfather clock that had been in the family for decades. Untouched by termites, it appeared to be made out of mahogany. From the turned finial on the top to the elegant bracket feet, this one is a beauty.

But, now, I’m going to be working late, working with the local media to cover this unique story.

3 thoughts on “Working late – for a good reason”