So, as I write this article at 36,000 feet somewhere over southern Virginia, I realize that today’s post is late and that there was no quick poll yesterday. I have a really good excuse, though.

You see, my dad’s birthday is coming up in a few days, and with Dr. King weekend taking place, I had a three-day weekend with stuff to do around the house, but a pressing engagement to see my dad and stepmom. Added to that, my youngest son has never seen snow. At all. So, with dad living in northern New Jersey, it being cold, and the available time, Steven and I packed our bags and headed north for a brief whirlwind adventure.

And, what an adventure it was. The forecast for northern New Jersey was for nothing in the way of snow, but on Saturday morning, a brief but very intense band of snow blew through. It only added up to an inch or snow, but, judging by Steven’s reaction, it was as if we were about to get snowed in by a blizzard.

My dad also lives on Glen Wild Lake, a pretty large lake up in the woods, so the surface was totally frozen over. We had a lot of fun having a snowball fight on the lake, and hand crafting some pretty sturdy looking snowmen. 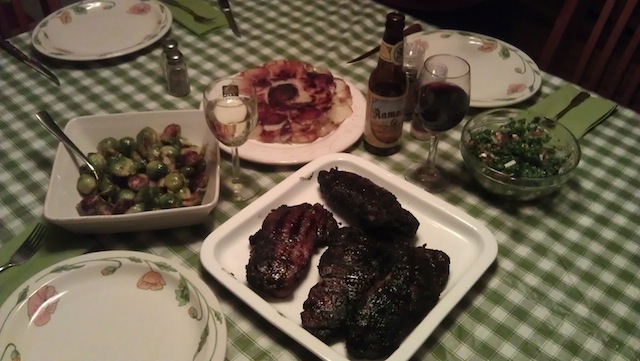 We walked in the woods. We ate really good food. Saw my elementary, middle and high schools. We grilled out in the crazy dark cold. We went inner tubing down the slopes at a ski resort. 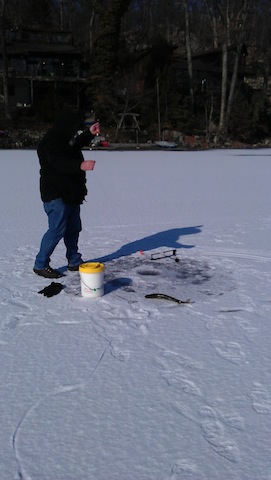 We cleared the snow off the ice and made a skating rink. My son’s feet are about the same size as my dad’s so he was able to get some skating practice in. We watched neighbors do some ice fishing on the frozen lake (the ice was a good seven inches thick, plenty strong for walking.) 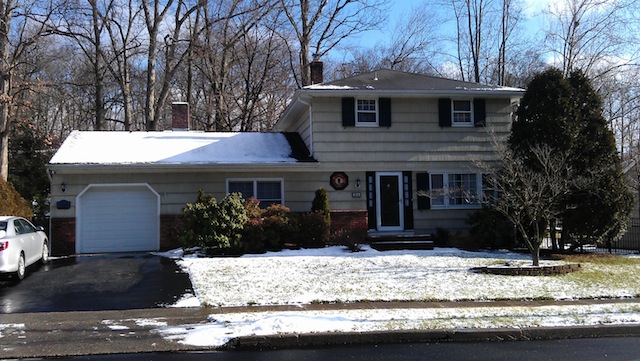 We even got to see the house that I grew up in, and where I got my first true woodworking experience.

But, what struck me the most was that I was at my dad’s house. If my dad hadn’t ever taken the time to redo our basement, I may not have ever gotten into woodworking. If I had never seen him working in our basement on his little benchtop table saw, would I have ever been bitten by the woodworking bug, or would I have just assumed I didn’t have the know-how and let the urge to get started just pass?

The other thing I noticed were all of the woodworking projects I had built and sent to him. The architectural clock. The little storage box. The wine rack. Both my dad and stepmom truly appreciated what I had built, and had those pieces on display. 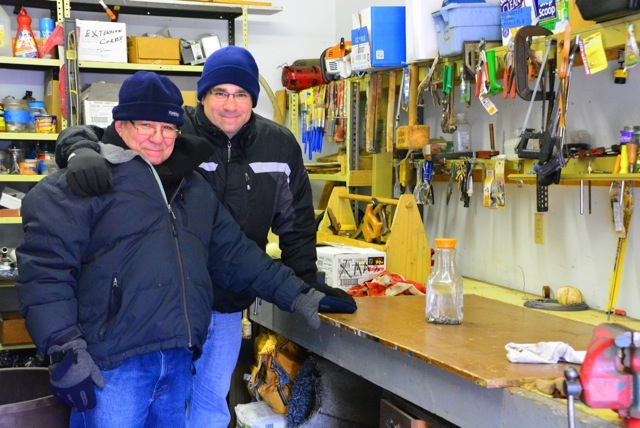 And, I got to see my dad’s workshop. He is the lead maintenance guy at the lake community where he lives, and right next to the big clubhouse, her has a two-car garage where one half is where the fun happens. No, it’s not a dedicated workshop, but he has built many of the lake’s picnic tables, benches and other amenities right there on his workbench. It was way cool.

So, I let some stuff fly this weekend. There’s always time to work on painting and finishing the entertainment center. I know I have to catch up with some work at the St. Petersburg Woodcrafter’s Guild’s website. And, there will be a mountain of emails and assignments on my desk when I get to work tomorrow. 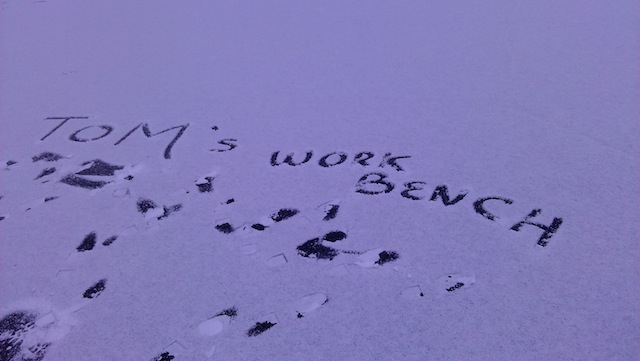 But, I wouldn’t have traded a minute of this weekend for anything. Three generations of Iovinos all together at once – what’s not to like?