When my mom gave me my first router for my birthday a bunch of years ago, it had a 1/4″ collet. She gave me a collection of some pretty useful 1/4″ shank bits to go along with it. That was totally awesome.

Until everything I read said that no, you don’t want to use 1/4″ shank bits. The 1/2″ shank bits have more metal in them, meaning they are far more stable, stronger and able to give cleaner cuts.

So, I laughed as I gave away most of my 1/4″ shank bits. I mean, I was on a mission to eliminate them from my router bit collection. After all, they were inferior, right? 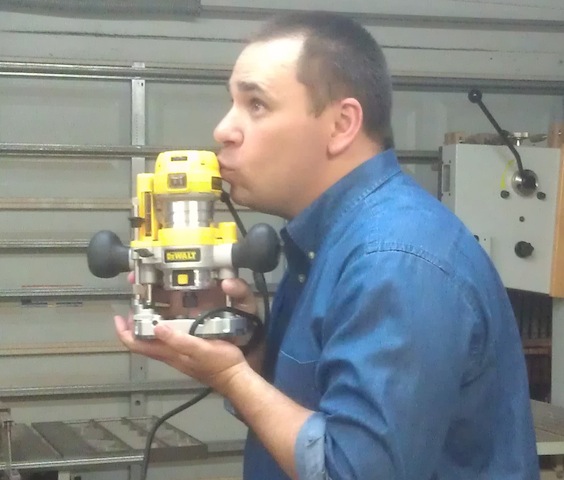 Not so fast. I have recently come to kick myself for giving up the nice collection of bits I had amassed. I bought one of these – a DeWalt 611 multi-base ‘trim’ router. It’s called a trim router because, way back in the day, they were really only used by cabinet installers to trim laminate and do some light work on a job site. That was until woodworkers discovered just how handy these little babies really are.

With one hand on these routers, you can do small dadoes. You can put a profile on an edge. You can do a ton of different jobs that would be too small, too delicate or too restricted for a bigger unit. The DeWalt also has some sweet features that other routers in its size range just can’t touch – LED lights in the base and both a plunge and fixed base. It’s router nirvana.

I have had to find some good advice on going back to the 1/4″bits that I so hastily disposed of. Fortunately, I was recently at the Infinity Cutting Tool’s router basics class last month, where I had a lot of time to ask a bunch of what I thought were stupid questions, but were pretty darned smart after all. 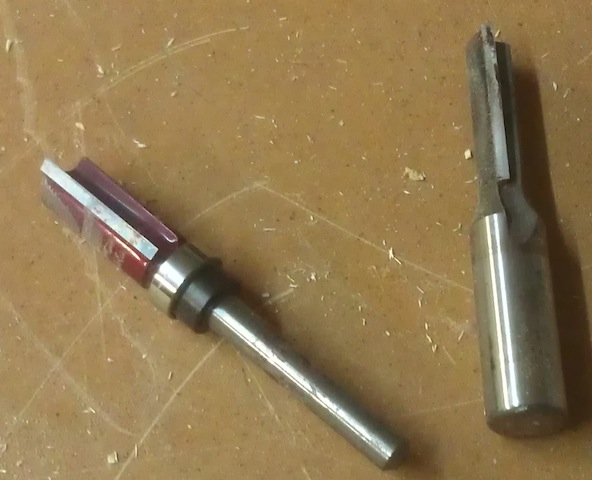 For instance, I asked why anyone still made 1/4″ shank router bits at all. David Venditto, an old hand at router bit technology, was able to explain that for small diameter bits, it would be wasteful to make those with a larger shank. For instance, we were using the instructor’s DeWalt 611 (no wonder I wanted one so badly) to do some hinge mortising. So, we went with a small downcut spiral bit. That’s when I asked why spiral bits that were 1/4 or 1/8 inch didn’t come with half inch shanks. He told me that there would be so much material removed from the shank, it would drive the cost up considerably, yet not provide any advantage. 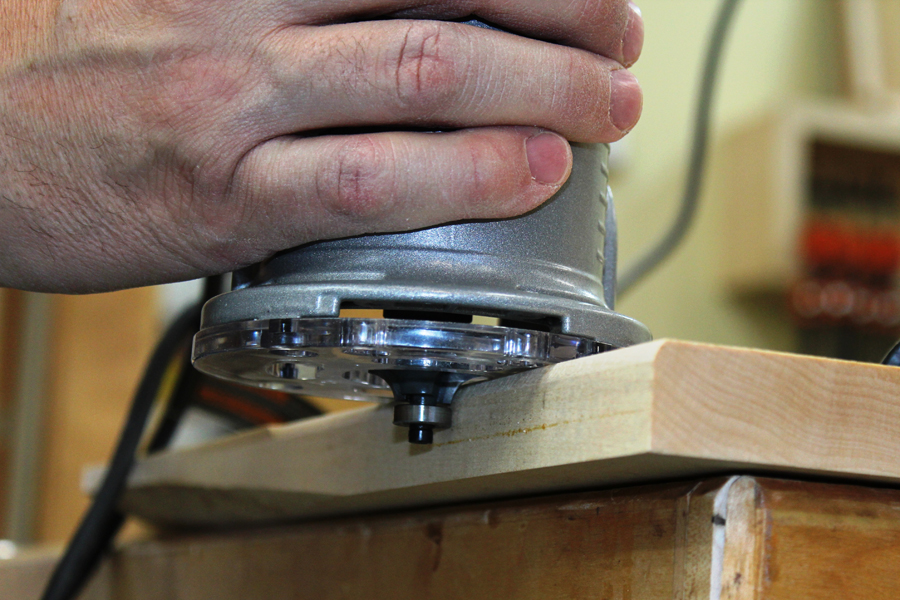 Another situation comes in when you are trying to use edge molding bits. For simple small-radius round overs, chamfers and the like, there is very little wood being removed. Since that is the case, the router doesn’t need to be a full powered animal – a smaller, more maneuverable router could do the job just as well.

And, in many cases, proprietary bits for jigs can come only in 1/4″ shank bits. The Keller Dovetail Jig, for instance, uses 1/4″ shank bits for both the tails and pins. Since that is the case, replacement bits for these jigs need to be made to match. 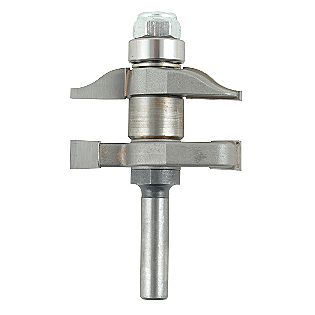 David was very clear when he explained that half inch shanks were far more preferable when removing larger amounts of material. And, even though some manufacturers do make bits such as stile and rail sets that have quarter inch shanks, it’s better to have more mass and strength in the bit to reduce chatter and prolong the life of the bit.

OK, maybe the announcement of the demise  of the 1/4″ shank router bit was a bit premature. With this new generation of fully-featured compact routers, the 1/4″ bit will probably see a renaissance. And, that’s OK with me!

2 thoughts on “A case for the quarter”