I have been talking about the upgrades at my shop for a while now. The miter bench. The rolling cart that holds the drill press. The rearranging to get more usable space. 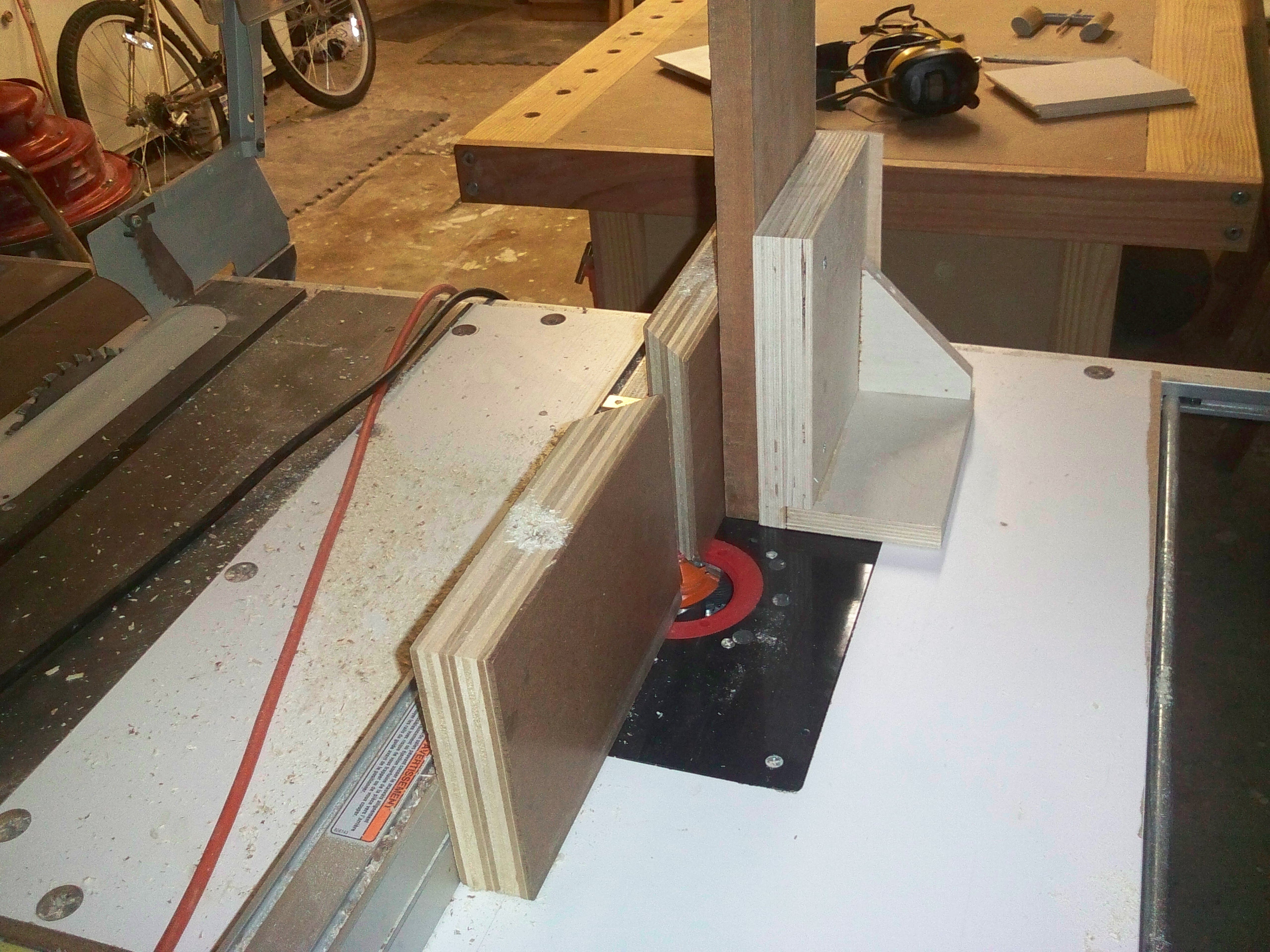 There’s something else I had to add to the shop – a far more capable router table. Years ago, I had built a router table into my table saw’s top, and it was good. For a while. Until I first had to rout a nice molding profile and then rip it off a wider piece…  that just became a real mess. I also desperately needed to get a far more precise setup. I mean, I have been using a cobbled-together router fence that I wasn’t 100% sure was square to the table…

That’s when David Venditto of Infinity Cutting Tools stepped in to fix my issue. He had already sent me home with a new Triton router and router plate, and this past week, he finished me off with a router table, fence and stand. 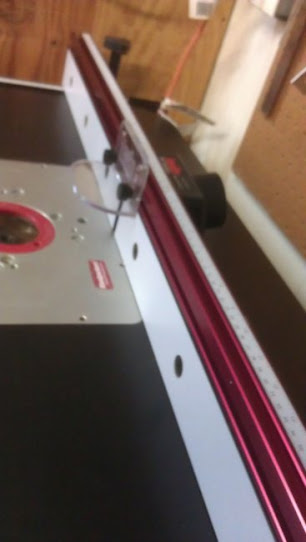 The fence is a sweet Jessem Mast-R-Fence 2. This baby comes complete with dust collection, a built-in scale, sliding fence faces to let you control the opening for the router bit and secure clamping to ensure it holds a measurement.  Everything you would want a router fence to do.

The stand was sort of like an erector set.. lots of steel legs and plenty of bolts. And bolts. And, some more bolts. I had no idea how many bolts it would take to assemble the stand, but I did have my set of wrenches and sockets, so that helped.

Once I had it put together, I had to top the stand with a VERY cool top. David gave me one of his brand new black microdot router tables. Turns out, they are milled right near my house. The edges are wrapped with a tough edging and a miter channel that accepts both mini and miter T-track accessories. The best feature?  The top is a black microdot laminate that is very hard, and reduces the friction on the wood that you push over the table.  I’ve played with it a little bit this weekend, and boy, has it been fun! 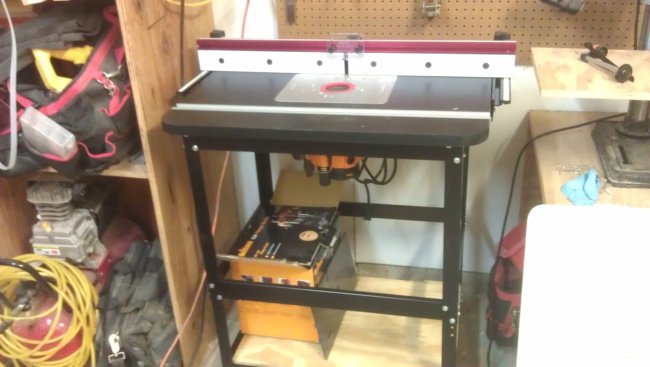 Once I got it all assembled, I had to put it into its place of honor in the shop, next to the drill press. I’m looking forward to putting this router table through its paces, and eventually doing a shop 2.0 tour for you folks to enjoy.

4 thoughts on “Table this discussion”