Now that Woodworking in America is over, there is a mountain of photos, stories and other stuff I have to sort through to bring you a few decent posts. But, I do have to start off  by saying what an awesome weekend it was. Sure, a lot of folks either went to WIA west in Pasadena or stayed home because the whole gang wasn’t there, but hey, we had ourselves a blast!

Now, I saw some impressive stuff while I was there. I got to handle a Scott Meek plane. I got to watch Chris Schwarz build a saw bench in under an hour. I even got to see one of the most impressive chairs  built by Don Williams (That chair in itself is worth an entire post).

But, what impressed me most was the feat of dovetailing magic performed by Mike Siemsen, the ringleader of the Hand Tool Olympics. 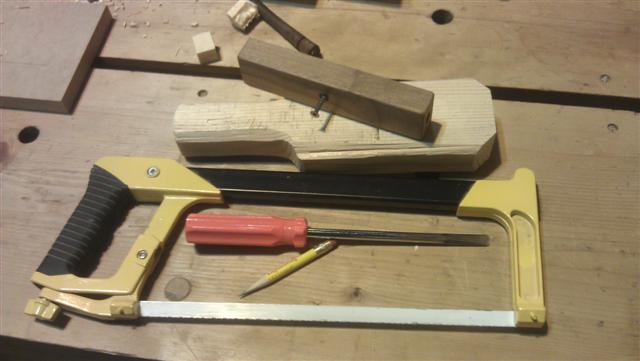 You see, Mike is of the mind that you don’t need a whole bunch of expensive tools to do dovetailing. And, he proved it with this kit. A hacksaw. A screwdriver sharpened to a chisel point. A board with a screw that had a sharpened head as a marking gauge. I think he spent $12 at the local home improvement center for the whole shebang. 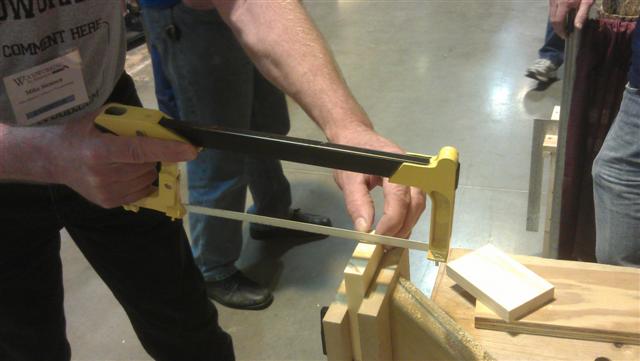 Using his cutting gauge, Mike marked out the baselines of the tails and pins on the board. The sharpened screw head sliced cleanly, and before you know it, he had the board in the vise. The hacksaw cut surprisingly straight and quickly, leaving a very thin kerf. 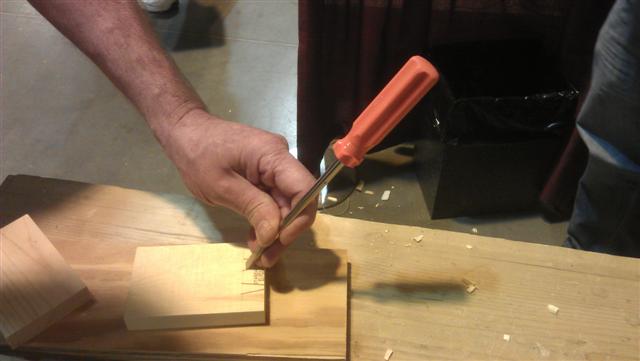 Rather than use a coping saw to cut out the majority of the waste, Mike turned to his chisel – a straight bladed screwdriver.  The model he chose – a $2 plastic handled one – did OK, but Mike was quick to point out that had he gone for the $5 model, the steel would have held a better edge. Oh, well, there’s always next time! And, the best part – his mallet was a piece of 2×4 that he had shaped into a club. Hey, it did the job!

After the tails were cut, Mike went over to the pin board, marked it and followed quickly with his cuts. A chop here, a pare there, and the results were something else to look at! 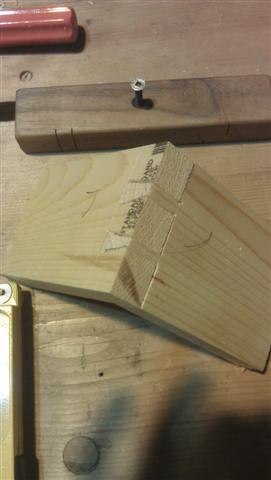 Now, I’m sure you have to be wondering how long it took him. After all, these are not high-priced beauties. I knew it wasn’t taking a long time, but wow, the final time was a real eye-popper. And that was even with me asking Mike to stop a few times so I could have him pose. 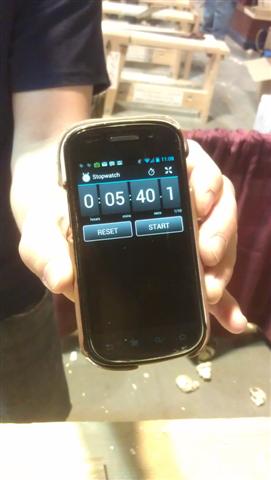 So, what’s the moral of the story?  You really don’t need to break the bank to do excellent work. Even the most expensive saws and chisels will only work as well as the operator makes them. So, get out and practice. And, if you have a spare $12 lying around, you might even want try your hand at low-budget dovetailing.

One thought on “Wild dovetail tricks!”