This big shop reorganization/clean up/redesign that I’m in the middle of has been quite the eye-opening experience. My whole status-quo has been thrown into the air. Tools in new locations. New work flow patters. Heck, new tools…

And some tools I had, but never really used. The drill press was a big discovery, but there was another one that wasn’t as big. But, it has been pretty useful. 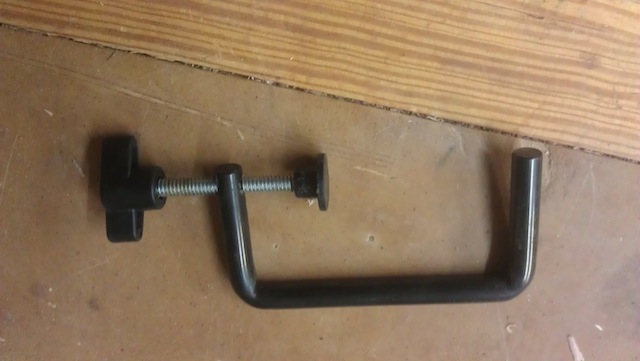 I bought a set of these little clamps about seven years ago. I brought them home from the Woodworking Show in Tampa, set them down on my workbench … and, well, they got pushed to the back. And buried under a ton of stuff. That was a shame, because I just learned just how darned useful they can be. 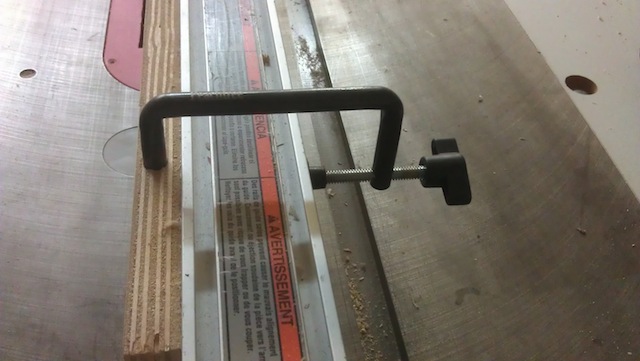 How do they work? They are a simple as can be. First thing I did was took a strip of 3/4 inch  plywood that was about as long as my rip fence, but just a bit shorter in height. Then, with a simple 3/8 inch drill bit, I drilled two holes into the top of the piece. It was a simple thing to drop the front into the hole I had just drilled and opened the clamp screw wide enough to clear the fence. Then, I tightened the clamp and bingo, the strip of plywood was in place.  But, for what? 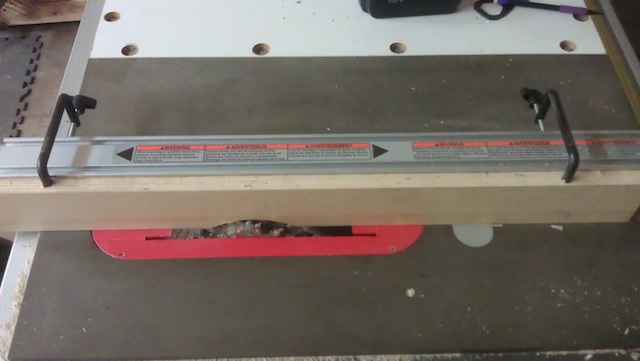 Well, obviously, it was as an auxiliary fence so I could bury a dado blade in it to cut rabbets.  What I like about this setup is just how easy it was to get in place. And, since they don’t become part of the jig, and can be used on other fixtures, I can see a bunch of other uses for them.  Offset blocks for crosscuts. Stop blocks for the router table. The mind boggles at the opportunities.

This cleaning up business isn’t all that bad, once you think about it!

4 thoughts on “My new little friends”