I know it has been two months since I posted the announcement of the big thousand post giveaway. I thank you for your patience. 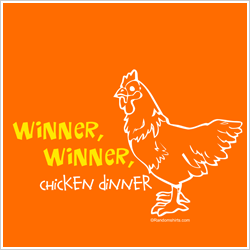 First, though, I have to thank the people who contributed to the give away. Actually, I am humbled by your generosity and the fact that you believe enough in my blog to stand behind me.

Now, for the moment you have all been waiting for. Part of the reason for rigging the contest this way was to get your input as to how the blog has changed the way you woodwork or fit into your routine. I have taken the time to reply to each of the folks who submitted their entries, and I thank you for taking the time to get to me.

First up, reader Lawrence Richards replied to the call for entries. He is the winner of the set of four Revo clamps and clamping blocks (Set KRK2440) courtesy of Bessey Tools. His entry reminded me of a post I had written about him back in 2008:

Thank you for all you’ve done for me and my family- not just over the last 1000 blog posts, but at the WWA forum.  Your contest got me to thinking about our interactions over the last few years.  I remember with humbled gratitude the “Spotlight” article you did on me while I was deployed back in 2008 as well as the cool mentions of other folks overseas like David Wert..  I can’t tell you enough times how much this meant to me while I was overseas for what turned out to be the final deployment of my Air Force career.  The magazines you sent downrange were almost as valuable to me as the words of support, and I read and re-read them many times over.

The next winning entry came from Nick Sandmann who stumbled upon my blog just in time for a new addition to his family. Hey, Nick, you will probably have plenty of late nights coming up, so why not peruse the DVD with the complete Wood Magazine collection with issues from number one through 209. That’s 25 years of content to keep you busy during those feeding sessions!  Nick wrote:

About a year ago when my wife and I started trying to have kids I decided that I would build the crib myself and started googling for information on cribs.  I stumbled across this article which didn’t have all of the information I was looking for, but I browsed through some of your other articles(unrelated to cribs) which caught my attention and I have been following your blog ever since!

This one came in from my good friend Eric Rusch. Eric has been a loyal reader since the blog’s beginning (not sure how he found me in the first place) and has been an active participant in the process. Hey, Eric, what do you think about a 10 board foot project pack (no, wait, Eric Poirier of Bell Forest Products has upped the ante – it’s now a 15 board foot pack of bird’s eye maple AND a 15 board foot pack of tiger maple!) for you to work with? Eric Rusch wrote:

Do you have any idea how much woodworking information you have disseminated to a whole group of hobbyists that would have otherwise been left to figure things out for themselves? Or worse, get the wrong information from some lesser reputable sources? You have really done a big service to the whole woodworking community, and have done it in a way which makes it fun AND interesting.

I have a face for radio, and a blog that has inspired a number of others to try their hand in online woodworking. Steven Taylor either liked what I was writing or thought he could do better, and launched his own blog. Either way, he’s been a long time reader and wrote in about the influence on his own blog. Hey, Steve, how about something for you to use in that shop of yours?  I think your choice of a K8 or K12 jig courtesy of Kehoe Jigs might just fill the bill.  Steven wrote:

My favorite Tom’s Workbench moment was when I found it. Your site was one of the first woodworking blogs I came across and it became a gateway to discovering how big the online woodworking community really was. It was so influential you were the first reference I made when I started my own woodworking blog.

One of the funniest entries I got was from reader Ethan Sincox. He was relating how he likes to read People magazine (only when it’s in the bathroom and there’s nothing else to read!), and he occasionally stumbles across their “They’re Just Like Us!” article. It shows celebrities doing mundane things – like George Clooney picking up after his dog. The idea is that these folks are just like us! Well, when Ethan reads woodworking magazines, he thinks that every woodworking ‘celebrity’s’ shop must be a hyper clean, uber organized model of efficiency. Hey, Ethan, how about a scratch stock kit courtesy of Hock Tools, ’cause you were surprised to see how messy my shop was:

But then one day you had a picture of a workshop in one of your posts and I was like, “Man, what a mess.  I wonder who’s shop Tom posted a picture of…” And it was yours! Oh!  He’s just like us!  I feel better now. All joking aside, I enjoy the shop organization posts.  They aren’t always ideas I have done or even plan on doing, but they at least spark ideas in my head about what I can do to suit my own needs.

Next up, Greg Westbrook. Sometimes, I write posts that are about one thing, but people walk away with some other quick tip or trick to help make their woodworking easier. Greg liked an trick I used when I was setting distances for my finger joint jig – I used a drill bit as a spacer.  Something clicked with him on that post. Hey, Greg, how’s about a  a complete set of  Pocket chisels courtesy of FastCap Tools?  Greg wrote:

My favorite moment was the one about the box joint jig. Not because of the jig because I’ve seen those before but because of one little detail of one photo: using a drill bit as a spacer. For some reason this was a face palm moment where I said out loud: “Why didn’t I think of that?!” Before then I’d always tried to actually use a ruler to measure such things or in a few cases, made a ‘gauge block’ but at that moment I realized I already had an indexed set of gauge blocks already – my drill bits. That changed my way of thinking.

Some folks are just doing such good work, it was impossible not to recognize them. John Little represents a group called the Toymakers of East Lake, a group I had spotlighted many years ago that builds simple wooden toys for children in hospitals, low-income child care facilities and the like. . John wrote in to enter the contest, and I was amazed that his group was going strong. John, how about a PM2650 portable tool stand courtesy of Bora Tools for your volunteer’s shop? That should make things work better there. Good work, guys!
Here’s what John wrote:

Today we are going strong and will have completed 5 years in existence making simple wooden toys for kids in hospitals, homeless shelters, abused women’s shelters, low income child care facilities, and all kinds of places where children are in  difficult situations.  At about the same time you reach your 1000th  post we will reach one of our own. At our current pace we will deliver our 20,000th toy during our quarterly delivery this September.

Besides being a total goof on my blog, I also like to use it to help promote education – if we can expose some more folks to woodworking, there will be more incentive for companies to build high-quality tools and people to develop a love for the craft. Ian MacKay wrote in and commented about that. Well, Ian, since you like woodworking education, why not enjoy a semester one Hand Tool School registration courtesy of Shannon Rogers?  Ian wrote:

Ok, so you wanted my favourite post.  I’d have to say it’s the one where you first went into your kids’ school to talk about woodworking.  Watching you ‘perform’ to a bunch of smarmy teens was good for my soul.  It wasn’t the humour that made it #1 in my books, it was what it represented.  I see it as the seed that grew into the whole ‘get woodworking’ movement.  A lot of us are willing to ‘talk’ about saving woodworking and doing our part, but no one I know lives and breathes it like you do.  First, a huge thanks for being an inspiration on that front, and second, thanks for keeping me motivated when life gets in the way.

Some of the winners are newcomers to the blog. For instance, Val McPherson wrote in after finding out about the blog from a link on the Infinity Cutting Tools website. She and her husband are avid readers, and it is good to see them on board. I hope they like their one-year membership for the Wood Whisperer Guild courtesy of Marc Spagnuolo.  Val wrote:

I must admit, although I am new to your blog, I began perusing a few posts and, realizing the wealth of woodworking information and humor that you provide, I quickly bookmarked it as one of my Favorites — and this was BEFORE I saw your giveaway!

Steve Stutts found the blog very early on when he was just starting out, and one article he enjoyed concerned my finishing method called Becoming your own Mixologist. I’m surprised that he’s still sticking with the method, and I’m very happy he wrote in. Hey, Steve, how about learning a new woodworking skill – veneering?  I hope you enjoy a Veneering Essentials Combo pack courtesy of Veneer Supplies.com

As a novice woodworker in 2008, I found a formula for wood finishing that has not been replaced. I have used the formula many times. My largest use of the formula was to refinish the pews at my church. I had a crew sand down the pews and I applied the finish. It was fast and beautiful. Over the last three years I have shared your article with many woodworkers of all levels. I have used is on many furniture projects and many crafts projects. Large and small pieces. The formula lays down a sound basic method of enhancing my hard work in a good looking durable finish. Thanks for the formula. Thanks for the science discussion on finishing. Thanks for the blog. And thanks for making me laugh. I have really enjoyed and learned from your work.

Some of the other winners we have include:
Thanks again for everyone who participated… Tomorrow’s the big day!