Hey, folks, I was recently approached by John Greco.  Perhaps you remember him as someone in the eye of the storm in the recent issue of the Consumer Products Safety Commission ruling on testing toys for lead content. Well, he’s been a busy guy the past few years, and he wanted to send an article over my way to tell you about what he’s been up to.  Take it away, John!

You might recall a few years back you featured the wooden toys I was making. It was the height of the CPSIA debacle (early ’09 at the time, if I remember correctly). Some time after that, with the inevitability of mandatory destructive testing for toys looming, I decided to stop making toys. It was really a heart wrenching decision and I sort of floundered around for a while looking for something that could become my niche. 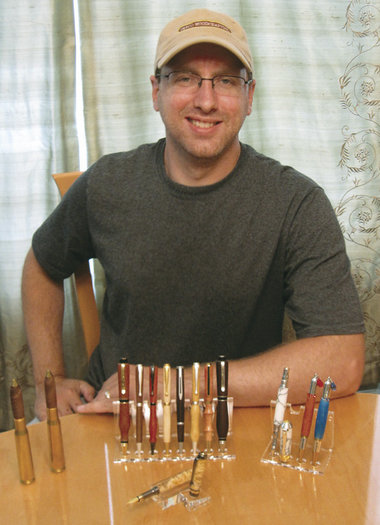 I tried making clocks and hourglasses and had some success, but the time invested (no pun intended!) wasn’t working for the price point I felt the pieces needed to be at to sell. After talking to a friend who weaves on a loom, I found myself making a lot of fiber tools. Things like drop spindles for spinning fiber into yarn and stick shuttles for passing the yarn through a loom. That was going alright, but since I wasn’t a fiber-person I didn’t really find myself enjoying it the way I had hoped.
A friend of mine, a hobby woodworker, had been making pens and urging me to try it for a few months. I’m a fan of nice pens and had initially put it off because I didn’t think you could make a pen by hand as nice as some of the big names out there. I finally gave in, and am glad to say I was very wrong. My first pen was turned in February 2011. 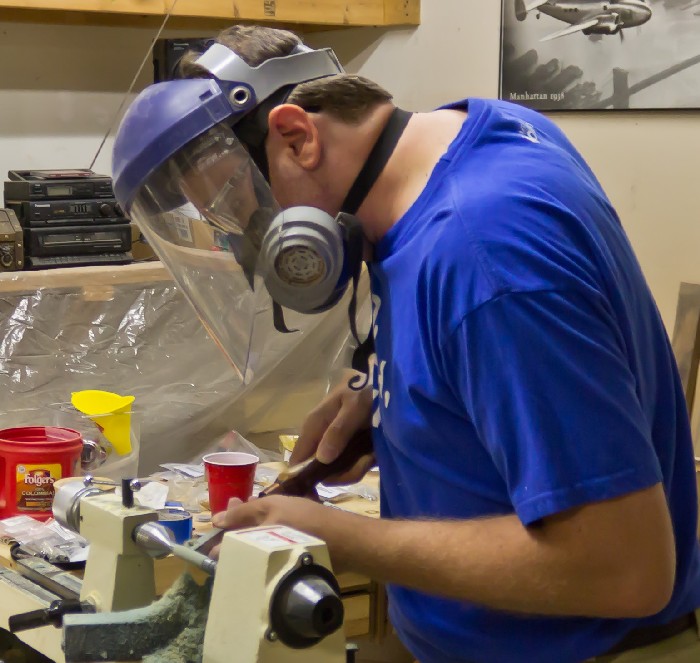 I had already been using my lathe for some time by then for the fiber tools, so there wasn’t a whole lot to be learned by way of actually turning the pen. Finishing was another story! I read and read and read, and I watched YouTube videos out the wazoo. I tried a few different methods until finally settling on using cyanoacrylate (CA, the active ingredient in super glue) layered on as my finish of choice. It polishes beautifully after being sanded to 12,000 grit and has phenomenal wear resistance.
Sometime around the Summer of 2011 I was fortunate enough to work out a deal with the Philadelphia Independence Seaport Museum. I got a hold of some salvaged dockwood that had once been beneath the Walt Whitman Bridge and made it into a limited edition run of the pens being carried by the museum exclusively. From there I had some local press and was experiencing a decent amount of success….and enjoying it!
This past April I was contacted by the owner of the Historic Pen Company. He had seen the work I’ve done, is based out of NJ and was looking for a local pen maker to partner with. He stopped by, we chatted for a while and a few days later the details were worked out. The Historic Pen Company acquires the wood, I turn it into pens, and they market and sell it. What’s especially great about it is a lot of the pieces help benefit restoration projects where the wood is originally from.
Some pieces I’ve worked with so far have been from St. Peter’s Church in Philadelphia (250(?) year old Horse Chestnut tree), The Shack – LBI, NJ (a local iconic building seen on the drive into Long Beach Island), Shibe Park/Connie Mack Stadium (Philadelphia, early 1900’s), Wildwood, NJ (an exclusive deal with the city for the boards they rip up from the boardwalk), and the Cedar Bridge Tavern, NJ (c. 1740, believed by some historians to be the location of the final battle of the American Revolution). 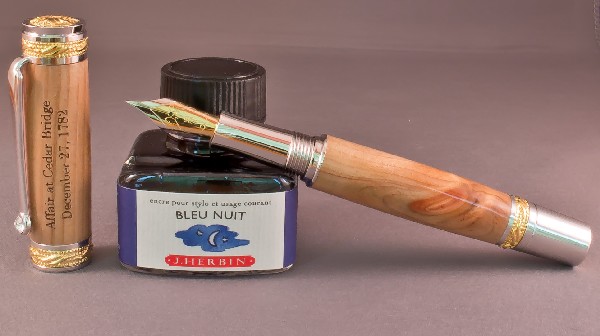 Working some of these pieces has been challenging, and the wood from the Tavern was downright spongy. I started to look into sending the pieces out for professional stabilizing but due to the historic nature of the wood there wasn’t a lot of interest in people taking on the task. That’s when I wondered, “How hard can this be?”.
More reading and reading and reading, YouTube videos and even a couple of phone calls with the supplier of a heat cured resin called Cactus Juice. The idea is that you submerge the wood in the Juice inside of a vacuum chamber and draw out all of the air. As you do this, all of the air from the wood is also removed (picture a bunch of straws being squeezed tight). After all of the air is drawn out you release the vacuum and the resin takes the place where the air used to be. 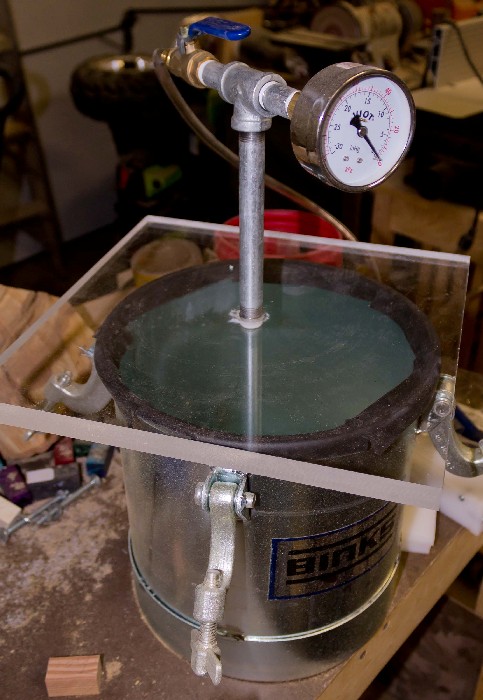 From here the blanks are wrapped in aluminum foil and baked in a toaster oven at 200 degrees for about an hour or so. When they come out they are heavier, hot (wear gloves!), and hard as a rock. As soon as they cool, they are ready to be worked. 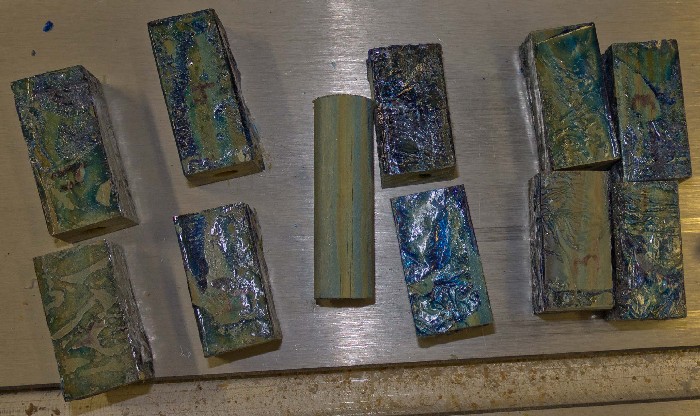 I did this same procedure for the piece from the Wildwood Boardwalk, which was really in rough shape. HPC wanted these to have a light blue dye to them, so I added a special reactive dye to the Cactus Juice for this batch. It’s pretty interesting, because you can really see how the fast growth parts of the wood have more air in them, resulting in an almost striped look.
All of my historic pens are listed through the HPC website at: http://www.historicpencompany.com.
On a final note, I was reading an interview David Marks had done a few years back, when I was still making toys. He said the wonderful thing about woodworking is you never know where it will bring you. I laughed at the time, because making toys was exactly what I had always wanted to do. And now here I am. Truer words were never spoken.

3 thoughts on “A pointed matter”