When last we left Kyle Barton, he had just relocated to Dallas to help run his company’s operations in preparation for the potential impact of Hurricane Ike. 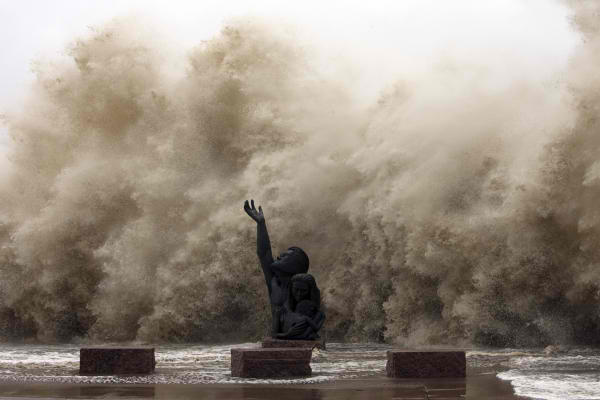 After roaring through the Greater Antilles, Ike grew tremendously in size, becoming one of the largest storms ever recorded in the Atlantic basin. While this increase in size translated into lower wind speeds in the hurricane, the area the storm covered increased dramatically.  So, while the storm was blowing at Category 2 on the Saffir-Simpson intensity scale, the impact was far greater than anyone had expected. When the storm was nearly 300 miles away from Florida’s west coast – moving due west away from the Tampa Bay area – we still had storm surge from the massive system.  Ike didn’t pull any punches when it made it to the Galveston/Houston area, eventually becoming the third costliest hurricane in American history – behind 2005’s Katrina and 1992’s Andrew. 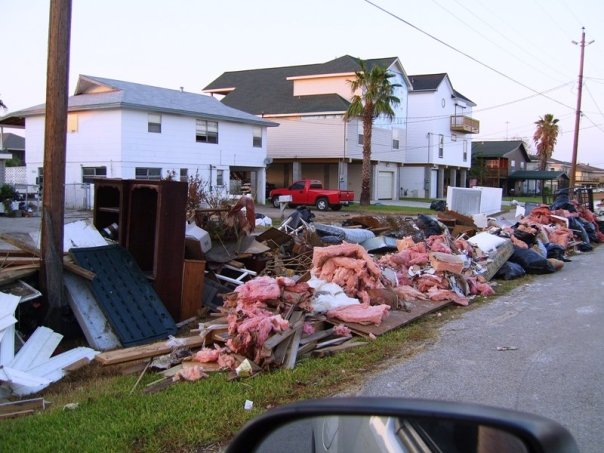 “The morning after landfall I picked up the USA Today left in front of the door at the La Quinta we were staying at. The front page showed a picture taken from an overpass on I-45 looking south toward Galveston. The highway was littered with boats and all sorts of debris, and there in the picture was the off ramp that went to my community – Bayou Vista. My first thought, was not for my shop but for my house. I had no idea what kind of shape it was in.”

Kyle later saw pictures of his community taken from neighbors who had foolishly stayed behind to ride out the storm.  All of the homes in Bayou Vista had flooding of at least six feet in their ground levels. While he could see the damage, it took nearly a week to get clearance to return to his home. “My Shop and downstairs storage area was a real mess. The OSB walls I had just put up were warped and growing a funky mold in places, the floor was covered in a slippery black mud, all the doors were swelled shut, and everything that was left downstairs was all jumbled together.” 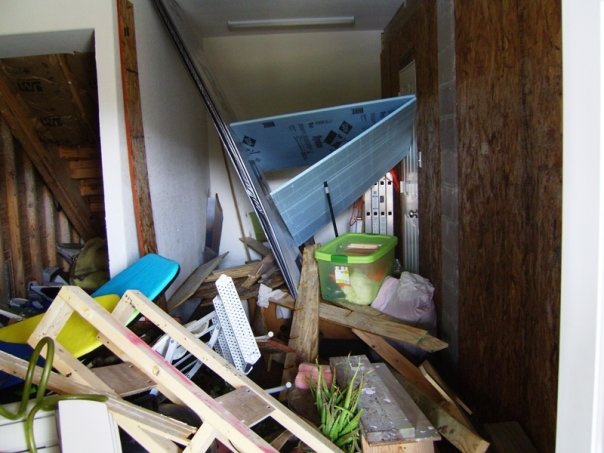 “One funny thing was that I had left a roll of paper towels on my bench. The roll was still there; dry just like I left it. But the bench it was on had moved from the back of my shop to the front. So I knew the water had “gently” risen up to about six feet and then gently drained back away.”

Kyle had his hands full over the next months stripping his entry foyer and shop back to the studs, dealing with debris clearance, working through the insurance process and getting things back to normal. Since insurance was not going to cover his Jet planer/jointer, he set about restoring that tool by himself. 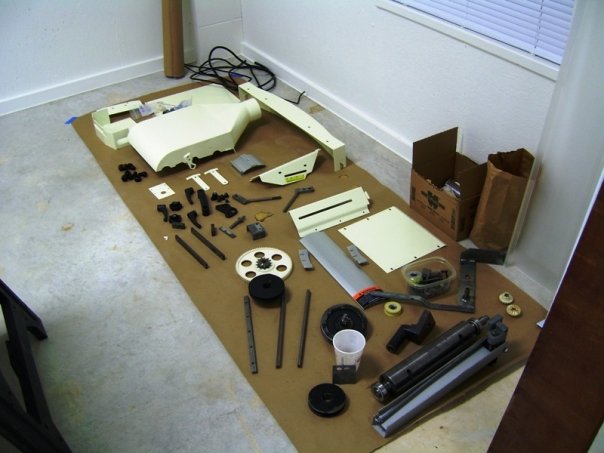 Initially, he had used a product called CorrosionX, which helped to keep the rust to a minimum.  “All the cast iron was covered in surface rust. It only has one tiny subsurface pit on the out feed table. I completely disassembled the entire thing into its 383 parts – don’t ask me how I know – then I soaked all the parts in Evapo-Rust. I went through 4 gallons of the stuff.  I then replaced the motor, switch, cables, belts, and all the bearings. All in all it cost about $500, but it runs like a champ, has zero snipe, and there’s nothing I don’t know about that machine.” 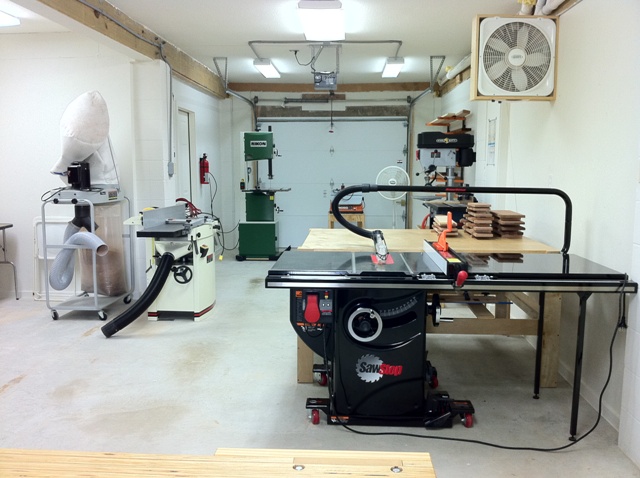 Kyle bought other tools to replace the ones lost in the flood, and he was also able to  rearrange some storage areas in his old basement to make the shop a little larger. Today, his shop is a comfortable place to get some woodworking done. “The shop now is bigger, brighter and more functional. Except for a finishing room, I have all the space I need or want.”

Knowing that disaster recovery for a workshop – whether from a hurricane, tornado, fire, flood or other hazard – is possible, I wanted to leave the last few paragraphs for Kyle to share the lessons he learned with each of you.

“The biggest and corniest piece of advice is ‘Be Prepared.’ But also know what the worst-case could be and allow for it. That is where my preparations were lacking. Every year at the start of Hurricane Season, I call three local movers and confirm the cost and lead time they need to pack-up and move my heavy machinery to a secure storage facility. I visit a couple of storage facilities and confirm availability, space and costs. And I also check out box truck/trailer rentals in case I have to move everything myself. All of my heavy machinery is on wheels and I have bought a Harbor Freight Shop Crane to assist me in moving things and evacuating.” 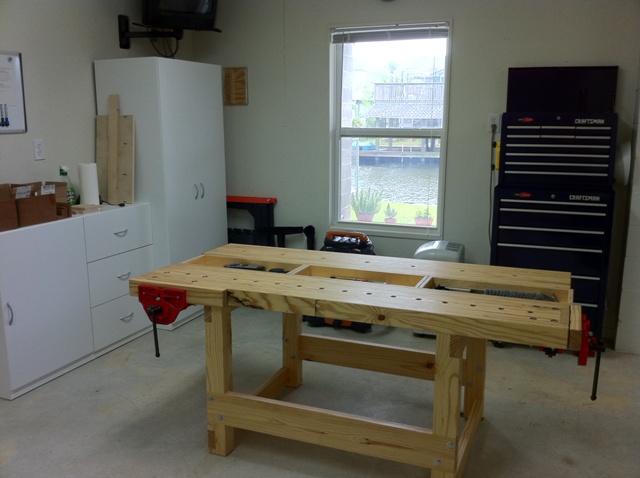 “Next, check your insurance policies and know what is covered – and what is not covered –  for all types of disasters. You may be able to buy supplemental insurance to cover claims your current policies do not. In my case, I still can’t get coverage for my downstairs shop. But anything I can get upstairs – small power tools, hand tools, and the like – will be covered. Also document and photograph all your tools and kept that inventory in more than one location. In the cloud via Dropbox or other similar service is highly recommended.”

“Finally, know that if you do lose everything, you can recover and make your new shop better than the one that was lost.”

Remember, the Atlantic Hurricane Season runs from June 1 through November 30. The time to prepare is now.

One thought on “The shop Hurricane Ike visited – part two”