This week, I’m instructing at the Florida Governor’s Hurricane Conference. Now, I’m sure you have got to be wondering why I’m letting you know about this. After all, it has nothing to do with woodworking and you may not even live in an area vulnerable to the impact of these storms. 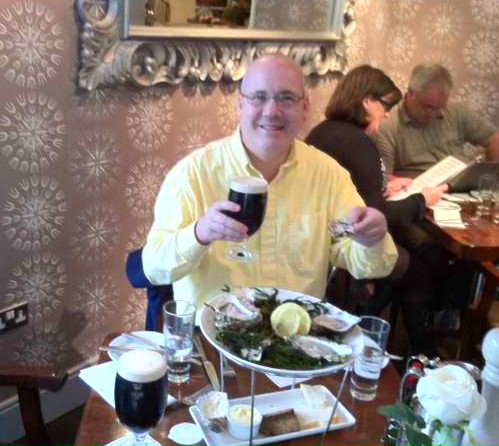 Add to the fact that the last time a hurricane made landfall in the United States was during 2008’s Hurricane Ike, and you may believe you are starting to see me reach for a topic.

Not so. Last October at the Woodworking in America conference, I ran into Kyle Barton, a Galveston, Texas area woodworker. Kyle is very much your average hobby woodworking kind of guy. “Like most folks, I did some home remodeling and considered myself pretty handy. So when we were looking a buying some furniture I said, ‘I can build that better and cheaper.’ Now as we all know, it’s never cheaper, but it is better.” 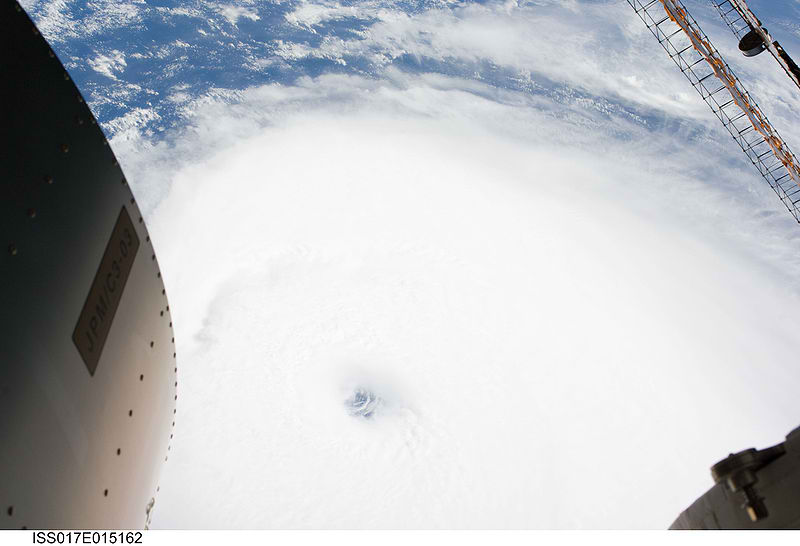 His shop was in the basement level of his home – which actually sat up on 14 foot pilings to elevate the living area above potential storm surge flooding levels. “The shop was about 12’ feet wide but 36’ long. The sad part was I had just finished insulating and putting up walls. For the first couple of years it was uninsulated. The shop had an A/C and dehumidifier – a necessity on the Gulf coast. For lighting I had four T-8 fixtures from Home Depot that had 4 tubes per fixture. The walls were OSB, screwed into the studs, and painted with white oil based paint.”

He had built his shop around a Bosch bench top table saw and an assortment of other routers, a planer, dust collector and other hand tools. “Nothing too serious…” But, one of the tools he had just purchased – and was most proud of – was a Jet 12” jointer/planer. “A great tool… I had just bought it, and was discovering what it was capable of.” 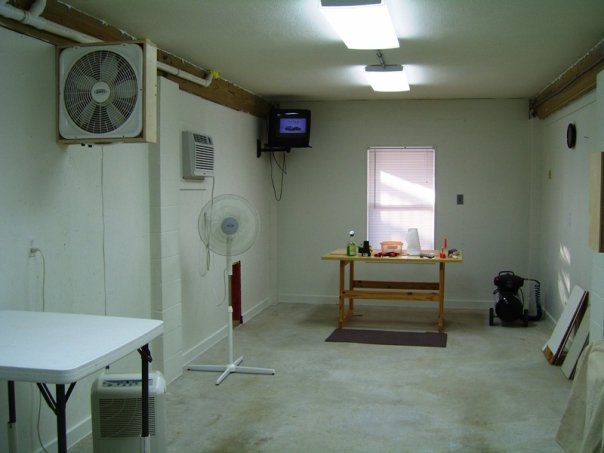 This was a great place for Kyle to build all kinds of furniture. Cabinets, tables, maybe a few chairs in the future.

Now, Kyle lives in a very vulnerable area of the country for hurricanes. The Texas Gulf Coast, much like the west coast of Florida where I call home, is flat country next to the bathwater warm waters. “It had been more than 20 years since a major Hurricane – Alicia – had impacted Galveston. And according to some neighbors that lived there then, only a couple of inches of water got into any of the houses. So, why I knew it was a possibility – actually, a certainty over long time period – I never thought I would have major water in my shop.”

“I was putting on the last coat of paint on the walls of shop when I first heard of Ike. We had just has a close call with Gustav earlier in the season. Ike was still a ways out, but the projection look like it was coming straight for us.” 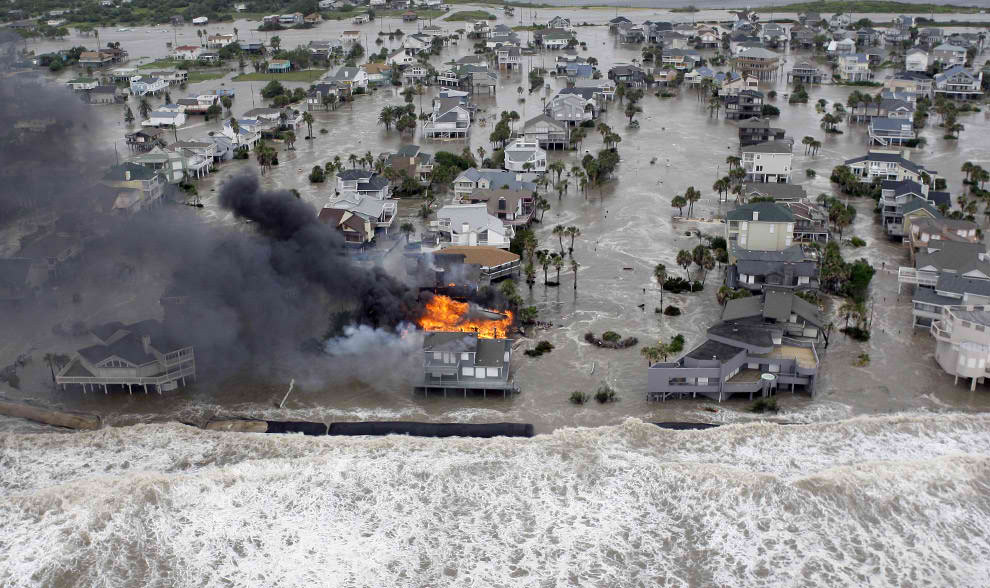 Knowing that he would not be covered by insurance for anything that got damage in his shop, he moved all of the small tools upstairs into the house. “The only thing left in the shop was the table saw, jointer/planer, dust collector, router table, drill press, and spindle sander. The only thing that wasn’t on a stand of some sort was the jointer/planer. I put that on blocks in case I got a foot or so of water in the shop.”

Kyle also had the presence of mind to do a complete shop inventory before he left to go to work. Photos and a list of the items in the shop, just in case. With this in hand, he headed to Dallas to prepare for his company’s relocation to a safer area.

As he pulled away from his home, Kyle’s last thought? “I just hoped I would not get any water on the baseboards, because I really didn’t want to have to replace them.”

Come back on Wednesday to read part two of Kyle’s story about Hurricane Ike.

One thought on “The shop Hurricane Ike visited”