If you have been following the news in recent months, perhaps you noticed the story of the Egyptian cobra that escaped from its enclosure in the reptile house at the Bronx Zoo. For a week, the venomous snake slithered around, closing the facility until it was captured. 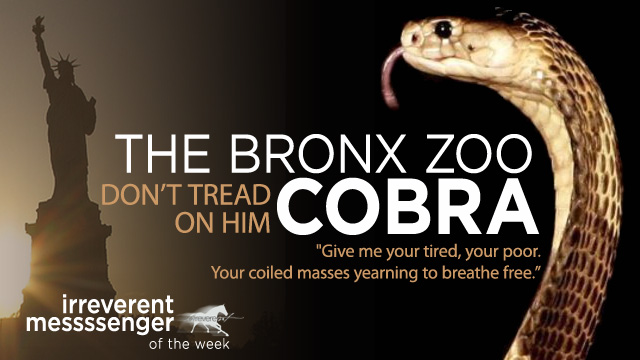 If I had followed my career ambitions in second grade, I might have been the guy who went in to catch him.  Yup, I had been on a field trip to the same reptile house that year, and I became totally fascinated with all things herpetology. I’m not sure what it was that caught my imagination.  Maybe it was the the way they moved so fluidly on their bellies, with no apparent way to move themselves. Maybe it was how menacing they could look  if they were threatened.

But, I’m sure it was the stunning appearance of their scales. The rattlesnakes, coral snakes and cobras I saw back then had exotic looking scales in a bewildering array of patterns, colors and textures.

While my days of wanting to play with snakes are way behind me, I am still fascinated by stunning patterns in natural products. That’s why I was so excited when Eric Poirier of Bell Forest Products brought snakewood to my attention.  “It’s a very rare and exotic wood that’s tough to work with, but once you get it into shape, it’s something to see.” 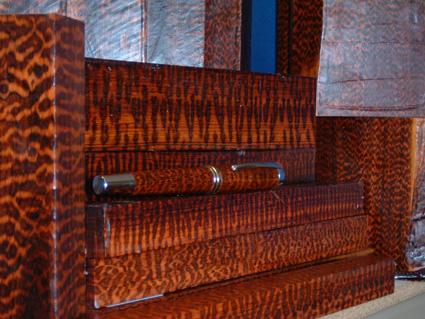 Snakewood comes from small trees found in Central and South America.  Initially deep red in color, snakewood changes color to a rich reddish brown upon exposure to air. “The color change is pretty dramatic, but nothing like the figure you will find in the wood.  It is comprised of dark and lighter specs that resemble the scales on a snake.  It’s some wild looking stuff.”

An extremely dense hardwood, snakewood can be somewhat challenging to work with. It splits fairly easily and tends to be splintery. It’s also hard to cut and drill. “This stuff can be a challenge even to the most experienced woodworker. The key is to use very sharp tools and take your time.  Believe me, your patience will be rewarded.” 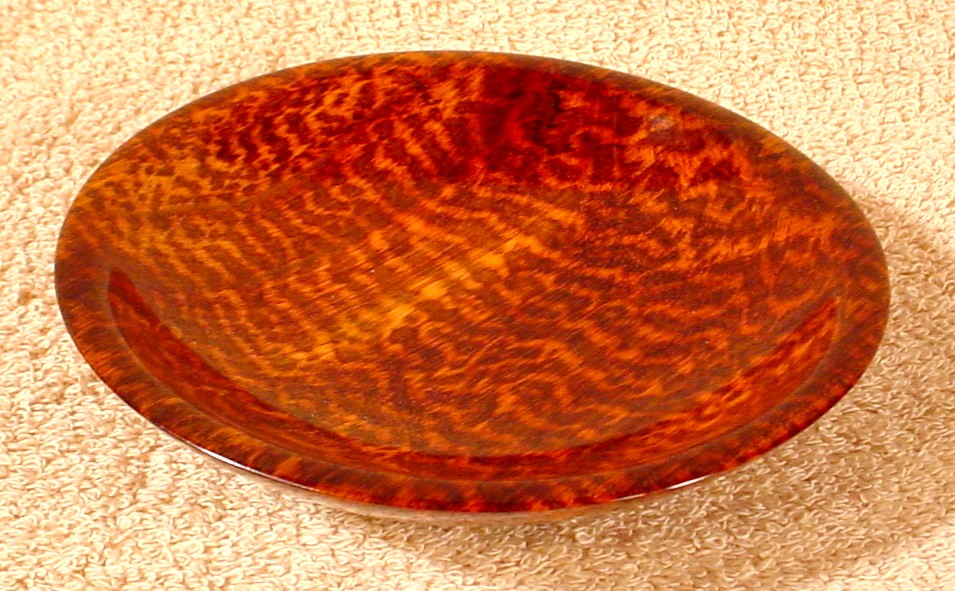 And, yes it will be. Snakewood turns well and polishes beautifully, showing its dramatic color and figure.  “Any project with snakewood in it is going to attract attention in a big way. You will want to put those  accents in a prominent place.”

While it can be a bit spendy (actually, one of the more expensive woods out there), a little bit goes a long way. “It’s generally sold in small blanks and is best used in making items such as bowls, vases, knife handles, pool-cue butts, and the like. Some times, you have a splurge a little bit, but the pieces are so small, it won’t break the bank.” 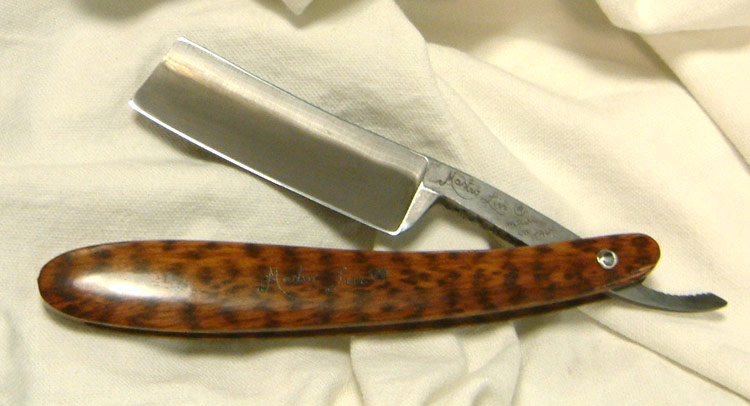 Don’t be surprised if you find snakewood slithering its way onto your list of favorite woods.