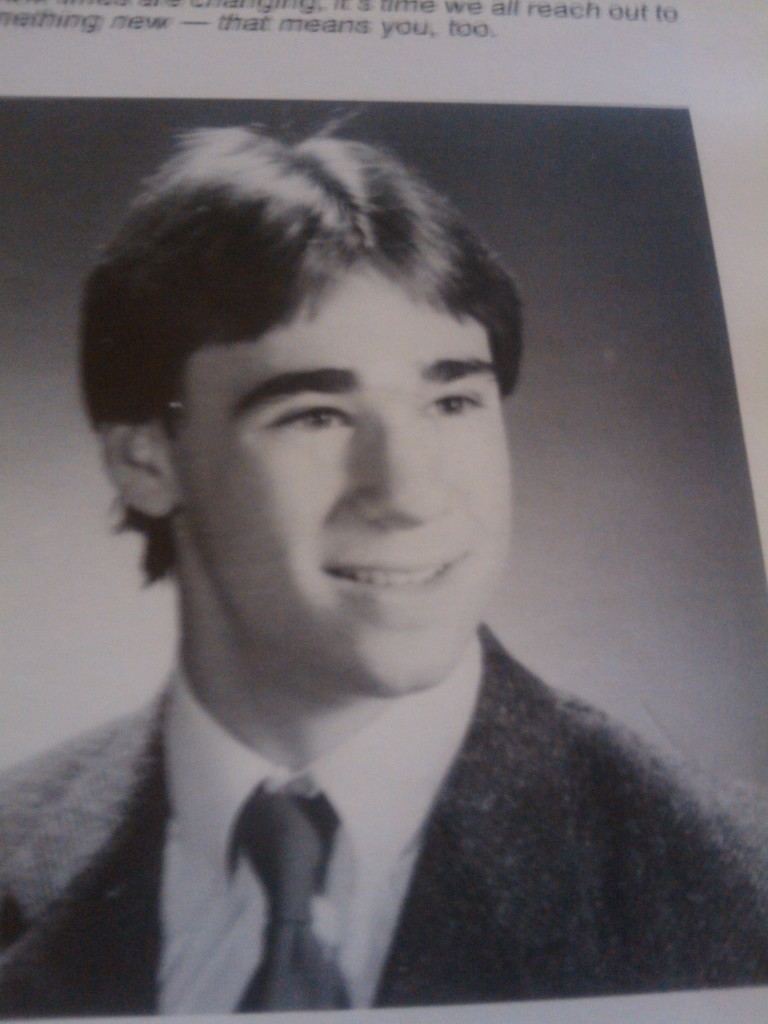 Oh, yeah.  Ron Reagan in the White House. Parachute pants. Mullets. Ahhh…  When I was just a wee lad, another one of my favorite things to do was to go to school dances. The music of the 1980s was just the bomb. Devo. Thomas Dolby. Eddie Grant.  And, one of the classic dance jams of them all – You Spin me Round (Like a record) by the band Dead or Alive.  They were a one-hit wonder, but oh, what a hit that was.  That was back in the day when I had some moves…

What does this have to do with woodworking? Well, I was on the computer this weekend thinking about other things that spin. I found myself thinking about the pen I turned at the Woodworking Show the previous weekend.  Then, the thought hit me…

Why not get a lathe of my own?

Gosh, a great idea.   I’ll probably have to save up a little cash before I move ahead with the purchase.  This gives me an excellent opportunity to look at the different kinds of lathes out there.  That’s when my head started spinning…

As with band saws, table saws, routers or the like, there are a dizzying array of choices when it comes to lathes.  My first choice when looking at the lathes was to look for a small model.  Something that could turn pens, small bowls, drawer knobs, handles for small tools like ice cream scoops… the works.  And, I saw a few options when dealing with that size lathe. 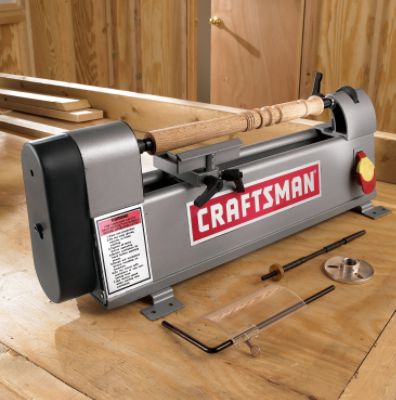 The one that stood out was the Craftsman mini lathe. This little benchtop unit has a decent 12 inch spindle length, and even comes in a package with three pen turning sized tools. Not a bad looking unit, either.

When I showed this to a friend of mine who turns, he couldn’t resist laughing.  “Dude, that’s so cute. But, you won’t be happy with that.  What if you want to turn something bigger?”

Crap. He might be right.  So, I started looking at the larger midi-sized lathes.  These babies sometimes are benchtop, but also sometimes on a stand.  They have more muscle than the mini ones, but don’t take up nearly as much room as the large ones.  This model at Grizzly tools has an interesting set of specs, and there are many more models in this size range. 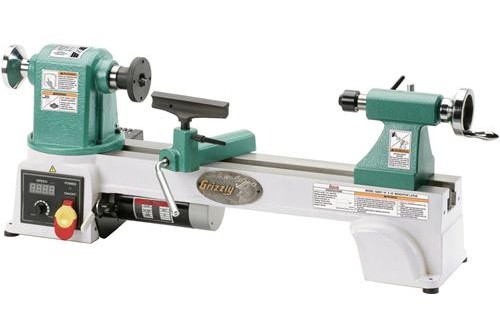 While these lathes are good for most work… they aren’t going to be able to turn big stuff.  Bowls with a 20 inch diameter. Ya know, that kind of work.  From there, I’ve discovered that the full sized lathes are where to go.  But, I’m not sure I can justify going that big. I’m having success with my Ridgid contractor table saw –  I don’t feel the need to upgrade to a big Delta Unisaw. The same thing is probably going to happen with a lathe as well… I can’t see myself (now) needing anything as big as this behemoth from Powermatic. 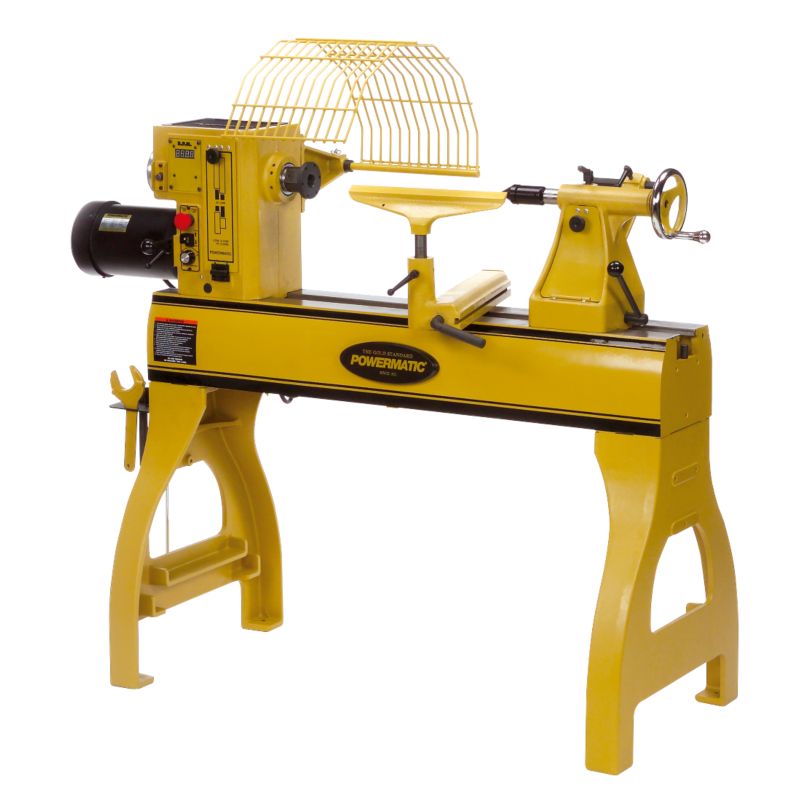 I know I have a lot of research to do before I make a decision on which lathe to buy… but I know one thing for certain:  The lathe purchase is just the start… There will be turning tools, face plates, chucks, safety gear and a whole plethora of accessories to make turning faster, easier and safer.

Do I still want to spin my way into this one?