At dock in the Charlestown Navy Yard in Cambridge, Massachusetts is the oldest commissioned warship in the US Navy, and one of the few remaining wooden warships in the world.  Laid down in 1794, this ship was part of an order of six frigates authorized by President George Washington. She took to the seas in 1798 and fought brilliantly in operations during the War of 1812 and along the Barbary Coast.

Today, she rests at anchor in Boston Harbor where visitors can come aboard to see her in all of her majesty. 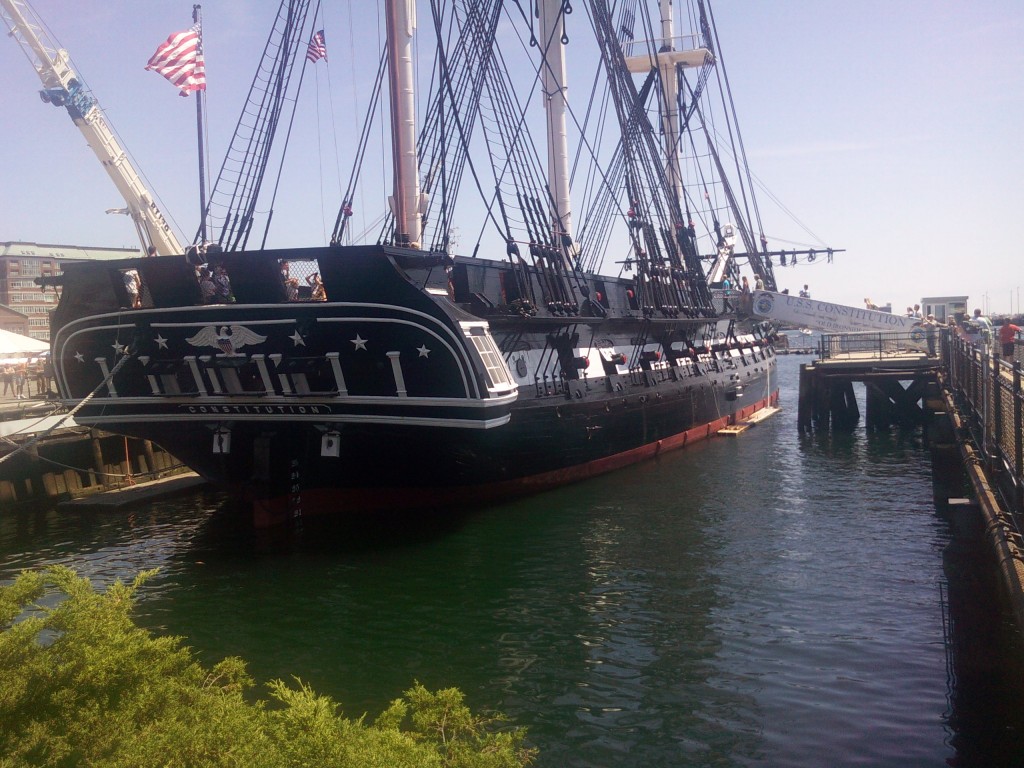 This is a view of the stern as you prepare to board. The ornate woodwork on the exterior of the ship captures your attention. The windowed areas along the back are the location of the captain’s cabin. 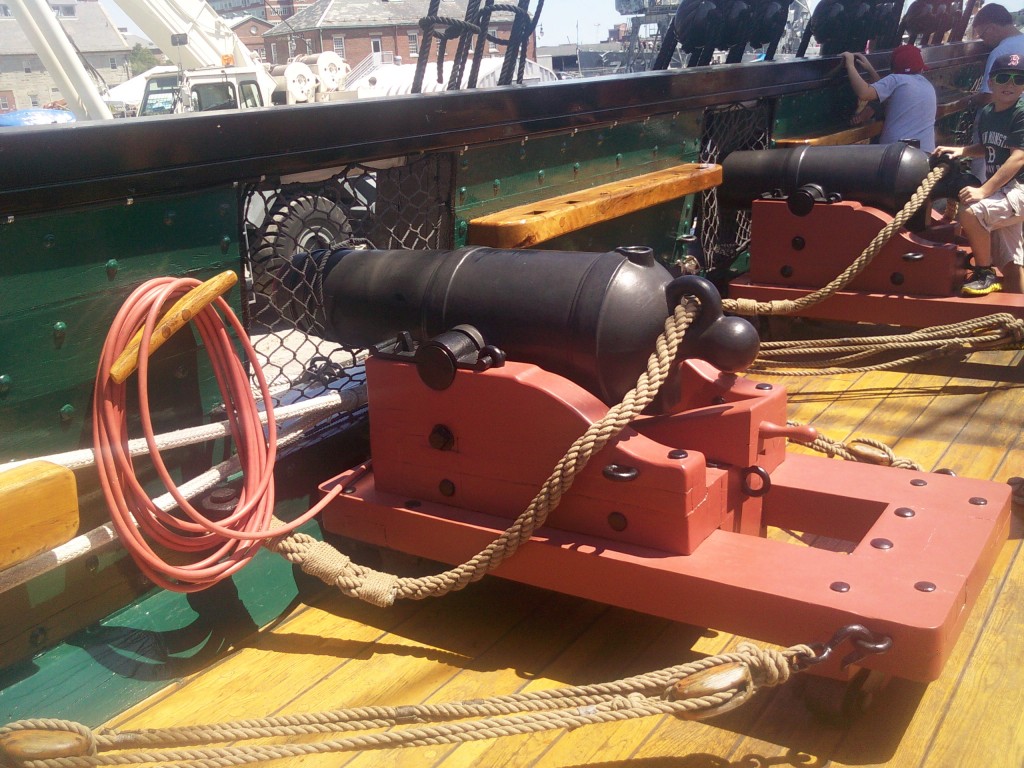 This is one of the cannon positions on the upper deck.  Unlike the guns below, which were designed for range, these upper guns are known as carronades and were designed to fire much larger shells a shorter distance to smash opposing ships hulls. 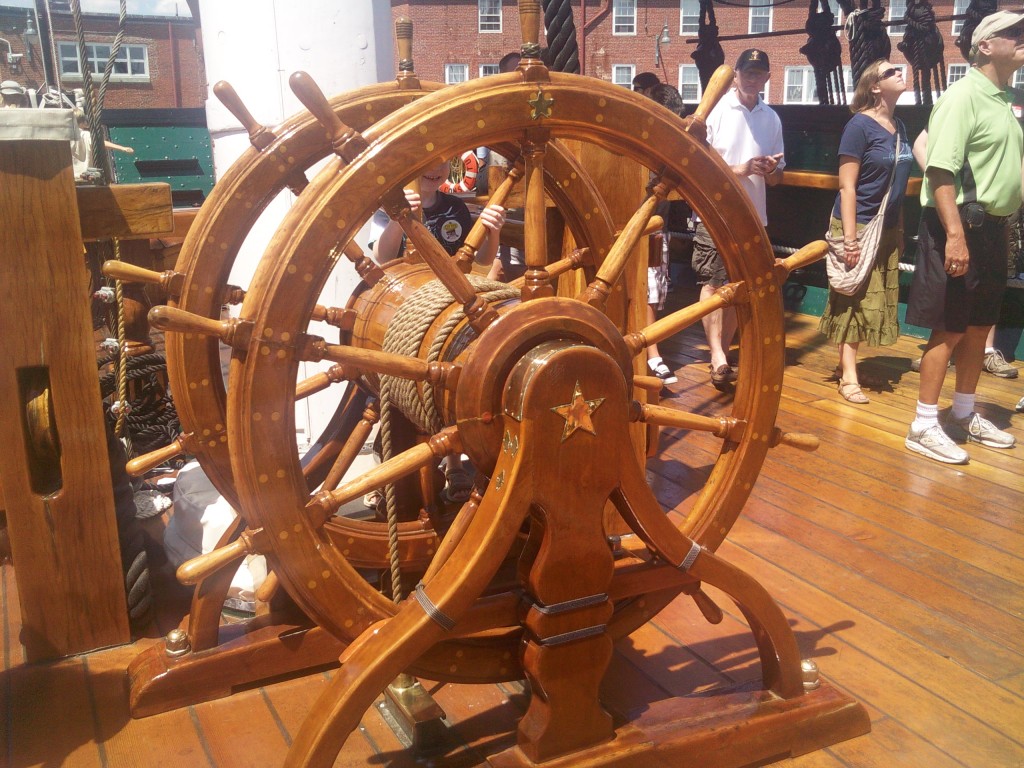 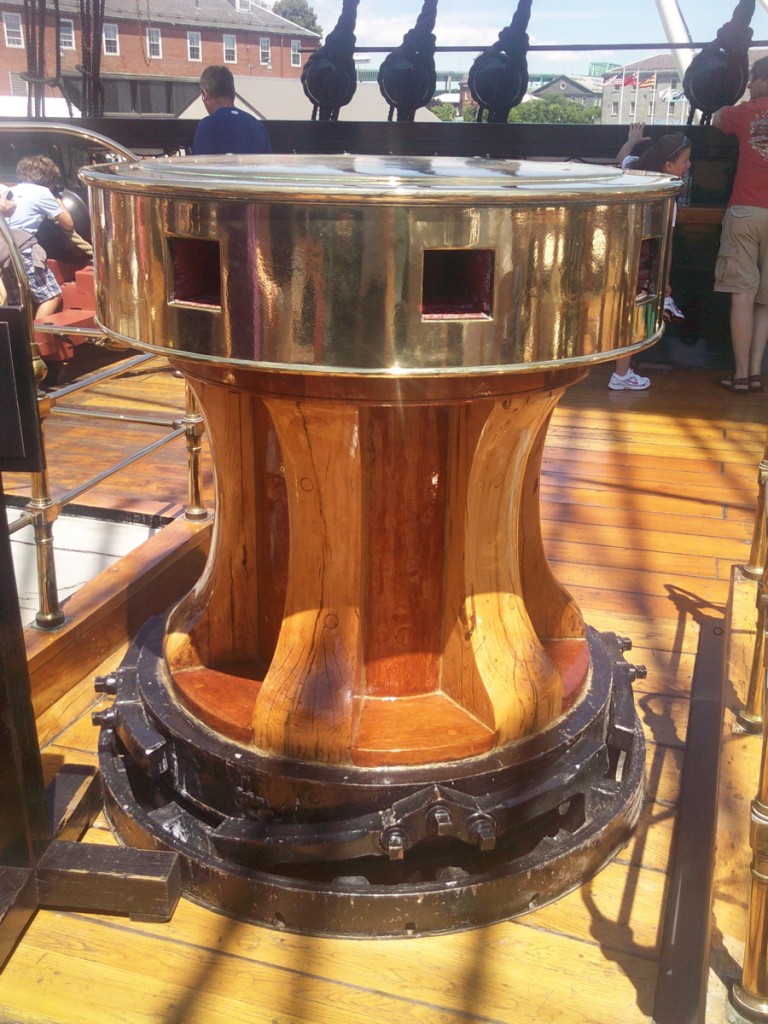 This is the ship’s capstan.  It was used by sailors to gain mechanical advantage over the massive lines used to rig the sails.  The bronze cap helps to protect the wood. 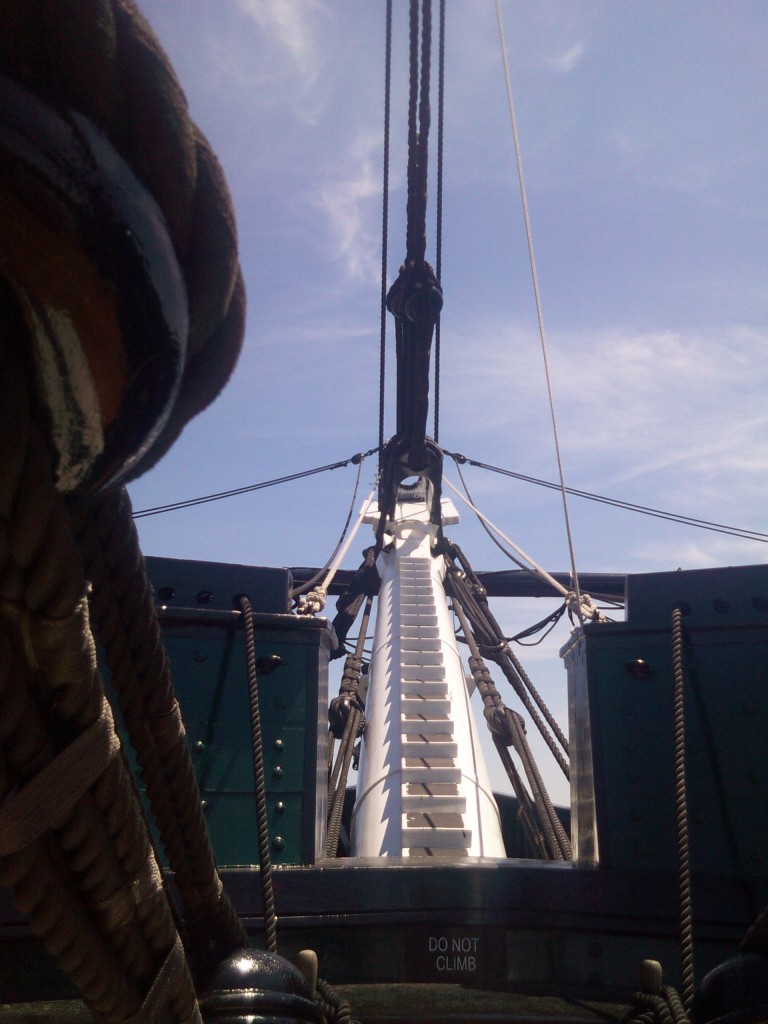 A view up the ship’s bowsprit.  Imagine shimmying up that… 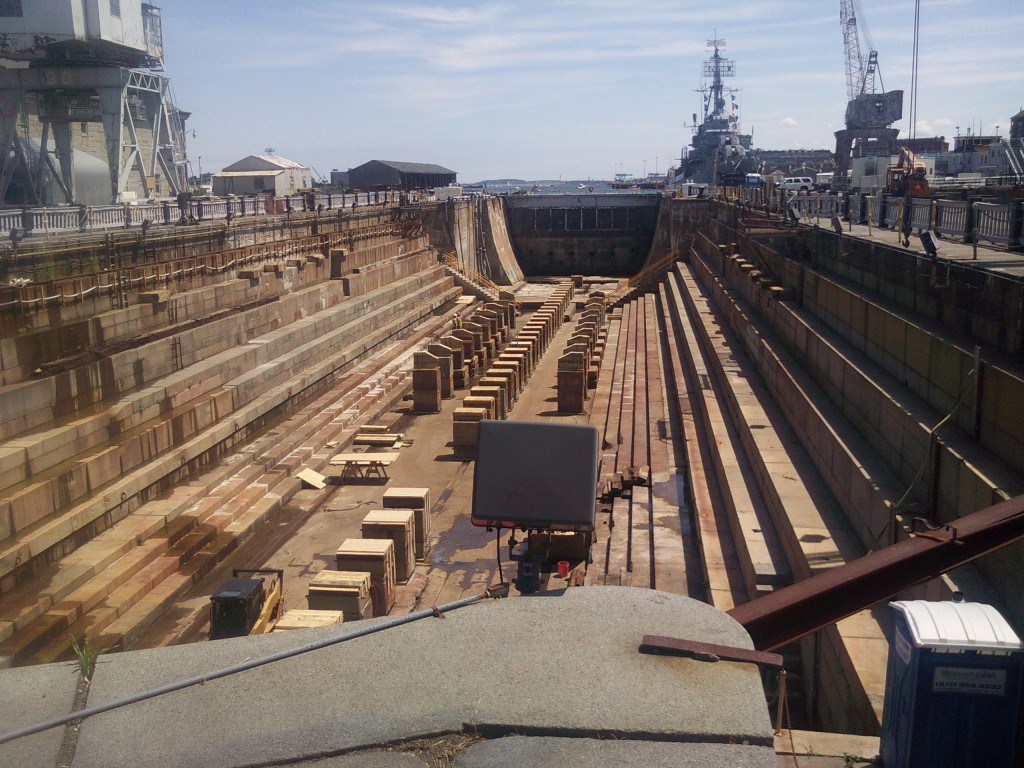 When the Constitution needs some serious work, she comes to the dry dock.  This huge facility allows yard workers to bring her in, close the gate, drain the water and have the ship’s keel settle on the blocks.  Once there, workers can gain access to the hull for repairs and maintenance.

7 thoughts on “A National Treasure: The U.S.S. Constitution”