I have a few old hand planes that were given to me by friends. A few of them serve as desk ornaments at my office, while others are in bins, waiting for me to refurbish them. This is one that I had in the refurbish bin – an old Ohio Tools coffin smoother. I just love the way these old planes look, and I wondered if I could make this one work. 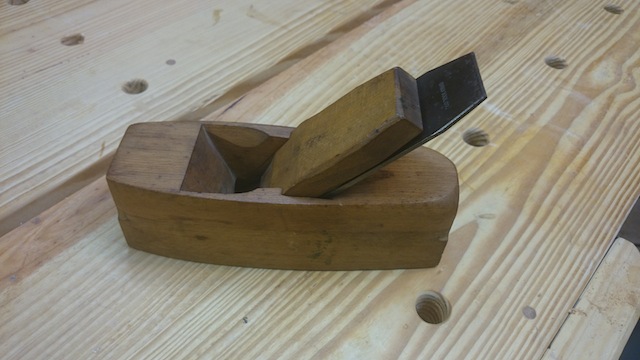 So, I knew I had to break it down to get to the pieces I had to tend to… basically, the iron so I could sharpen it. 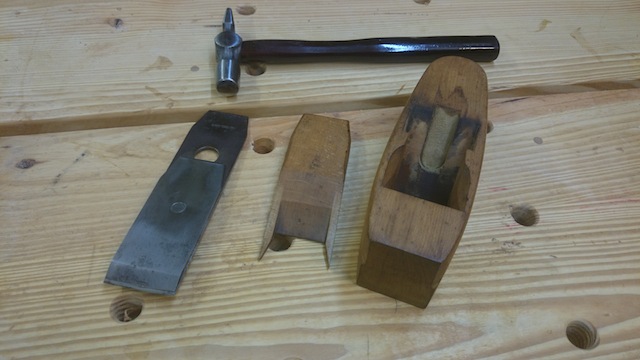 Using a small warrington hammer, I tapped everything apart.  There was the wedge, the iron, the chipbreaker and the body. They are all in very good shape, with no cracks in the body and plenty of steel to work with with the iron. The plane looked nice, but there was one problem… 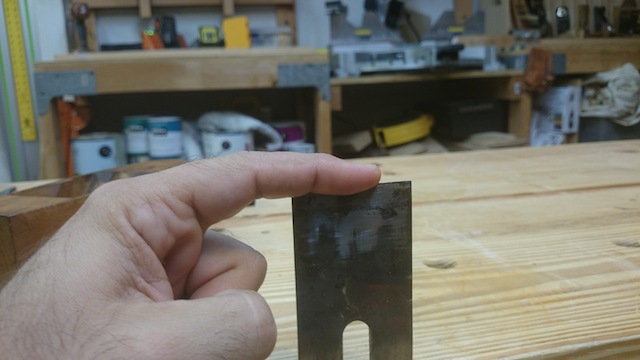 The iron was as dull as a butter knife. I mean, I could press my finger onto the edge of it, and there was absolutely no chance of me hurting myself. 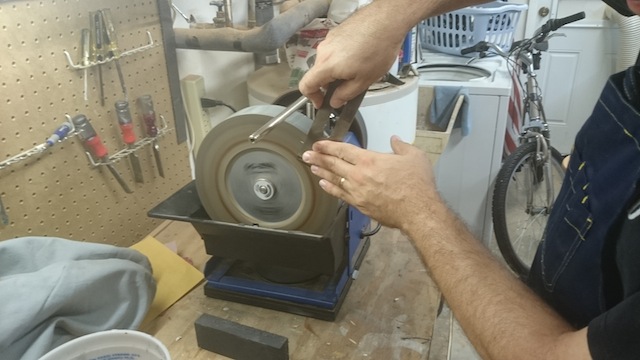 So, I broke out my Tormek and got to work on it. The first thing I had to do was to flatten the back of the iron. Concentrating mostly on the last inch of the bottom, I held the plane iron’s back to the side of the wheel. Unlike high-speed grinders with narrow wheels, this is perfectly safe. The water in the reservoir keeps the blade cool, and the nearly two and a half inch thick wheel has plenty of mass to allow you to really flatten things out. 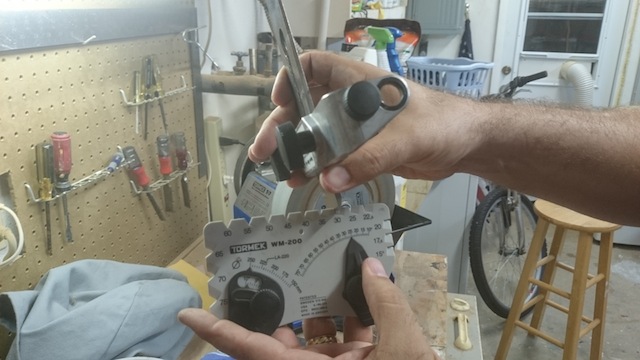 From there, I had to make sure I had the angle right. This iron was ground to 30 degrees, which I confirmed using my angle gauge.  After that, it was easy to grind the bevel coarse, then fine, then hone it on the leather wheel. I put the plane back together, gently seating the wedge in place with a few taps of the hammer. 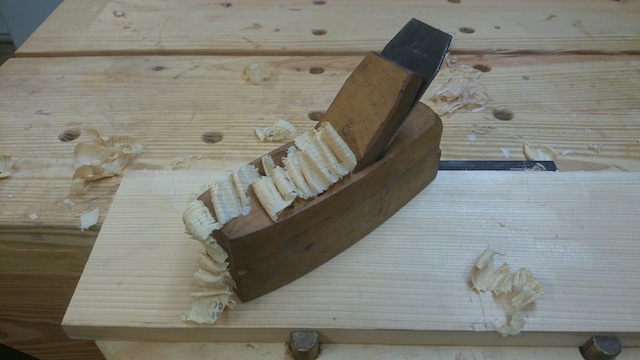 Sure, it took a little fussing (remember, you aren’t using a depth adjustment knob, but taps with a hammer), but I was able to get this baby making some sweet shavings in short order.

I’m not sure how old the plane is, but I hope it will continue to work for me for years to come.