So, I got maybe a few hours into my new weekly woodworking plan idea for the blog, and Jeff Branch contacted me. It seem he had a plan he designed that he wanted me to feature… and the story behind it is pretty cool. I’ll let Jeff explain its origin: 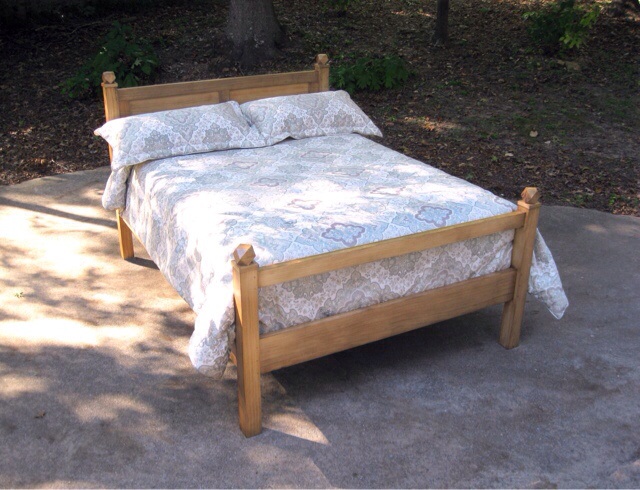 I built this bed as a small part of the relief effort after a massive tornado outbreak in northern Alabama on April 27, 2011. Sixty-three tornadoes touched-down in our state that day killing 247 people – a very traumatic day for sure.

The bed was designed to be simple so it could be built quickly, but I also wanted it to be more than just a basic bed. I added a paneled headboard and unique finials to the posts. The joinery is mortise and tenon and stub tenon.

It was a fun and meaningful project. The bed was donated to a family who lived about 75 miles from my home.

If you are looking to build a bed, it’s a pretty cool – and totally FREE – plan.

2 thoughts on “The weekly plan”