No, this isn’t more about the new weekly plan feature that I debuted yesterday (Although, that’s pretty cool!). This is instead about my visit to the Woodworking Show in Tampa this past weekend.

You see, I wanted to do some new stuff this week when I went. The first thing I thought I could do was to bring one of my sons with me. My oldest son Dominic was at some big high school business event taking place in Orlando, so he was out. But, my youngest was free, and he is also an excellent photographer and videographer, so I invited him to come along for the day. He went for it. 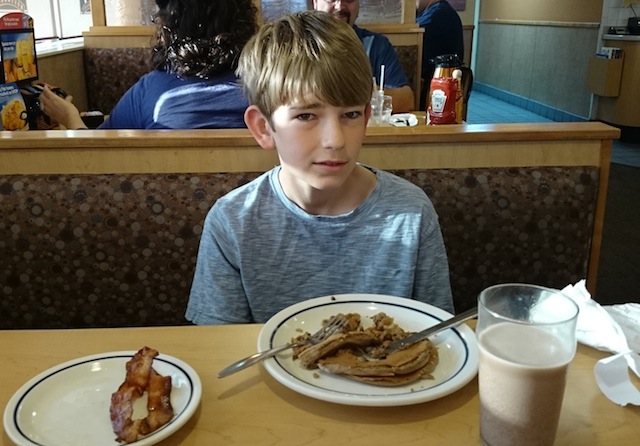 But only if I included breakfast. That kid drives a hard bargain.

After a big plate of pancakes and bacon, we were then off to the State Fairgrounds where the show was being held. When we got there, I was the one who was too excited to contain myself. My son had to calm me down and refocus me on the important stuff.

When we got inside, it was great to be there early, before the crowds got in, to conduct a few interviews and get some shots of the vendors before the madness begin.

The real highlight, though, was watching my son turn his first pen. At first, he was very apprehensive, but with some great guidance, he was able to go from square blank to turned pen with ease. 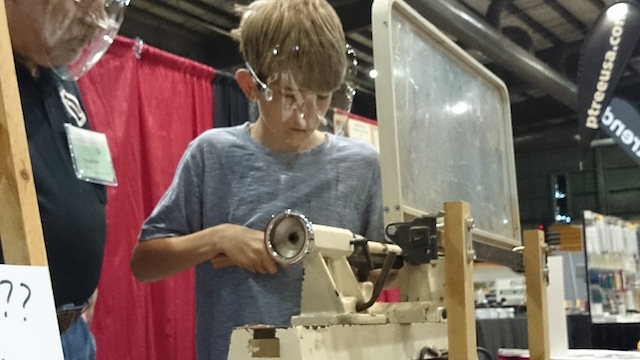 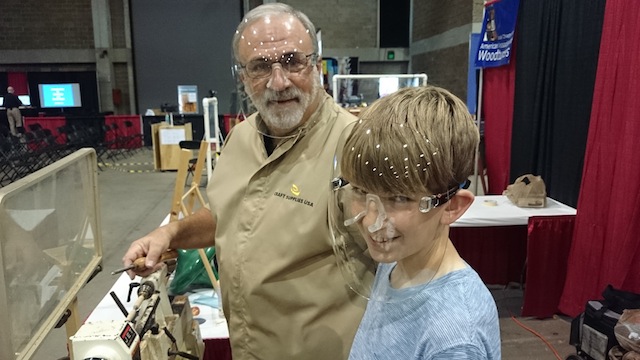 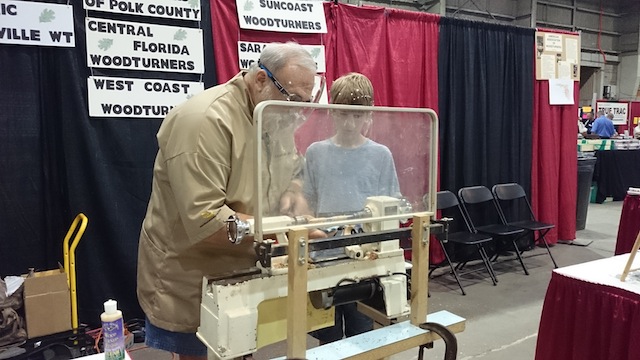 And, the result.. well… it was something to see! 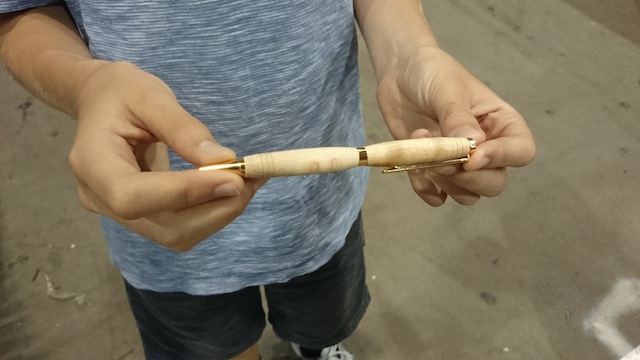 His first effort was so inspirational, well, I just had to to do something on iMovie…

Now, of course, I have my hands full. The first thing he said when he was done with the turning was to tell me, “Hey, dad, we need a lathe!”

I assume we will be shopping shortly…

5 thoughts on “Something new at the show”