This was an interesting topic that was brought up at the last meeting of the St. Petersburg Woodcrafters Guild.

Pete Richardson, who owns the Viable Lumber company, was working up at the Florida Woodturning Symposium, which took place at the end of January in Lake Yale, Florida. As he walked around the floor of the show, he couldn’t help but notice – there sure are a lot of older woodworkers out there. In fact, Pete said he was one of the youngest people there – by decades. 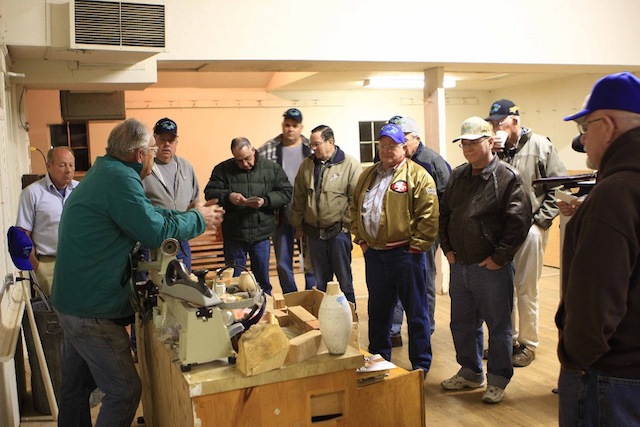 He brought this up at our meeting, which is frequently attended by many well-experienced gentlemen. And, he made a point which has been echoed many times in many different forums – woodworking guilds and events tend to draw a lot of the more experienced woodworkers, and very few youngsters.

Flashback to last October in Covington, Kentucky. I was at Woodworking in America, and I couldn’t help but notice the large number of younger woodworkers in the room. Guys – and gals – in their 20s and 30s were attending classes, shopping for tools and bragging about projects they had built in their shops, and had been able to share online with their many friends from around the country – and the world. There was vibrancy. There was energy. There is a youth movement afoot that would rather spend a Friday morning watching someone like Roy Underhill turn a poplar log into a beautifully-hewn beam then do anything else. 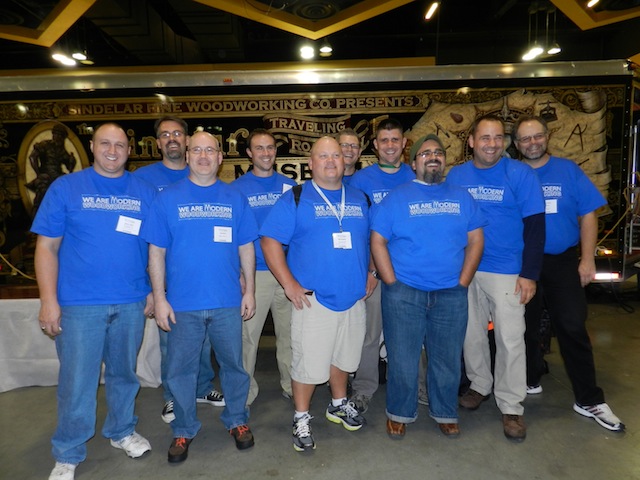 And, many of them said the same thing. I would go to my local woodworking guild, but only old people go there.

This, my friends, is trouble with a capital ‘T’. And, here’s why.

Well, here we dive into how computers changed things. Back in the day (yes, I can say this), I took shop class. It was a rite of passage that every young man – and woman, in my middle school – had to endure. We trucked out into class, learned how the tools worked, different kinds of wood, how to design and eventually how to put those bits of knowledge together to build a final product. It was a shared, social experience as we all discovered who stunk the joint up, and who would go on to be pretty handy with his or her hands. 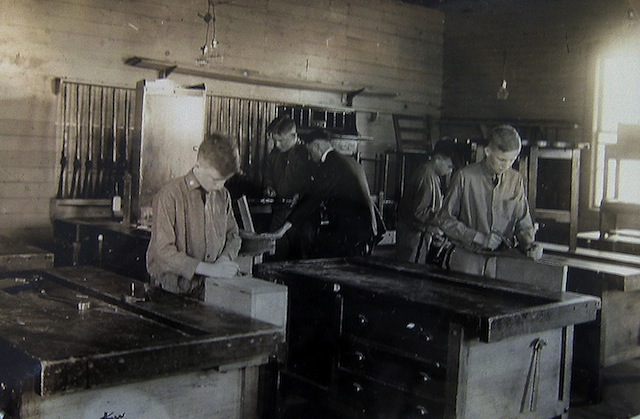 Sure, people went on to be accountants, car salespeople, executives and the like, but there were lots of folks who went into their basements and garages and turned out nice looking pieces of woodwork. And, since it was a social event, it only made sense for folks to get together to show off what they were doing, but more importantly, to share knowledge. “Here’s a book I finished, if you want to read it.” “Here’s how I built that bookshelf.” This was networking without computers, and the people who attended amassed a tremendous amount of group knowledge. 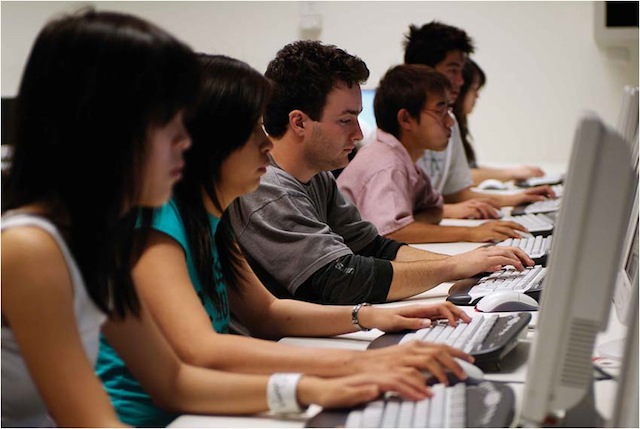 After the rise of computers in education, many schools – my middle school included – converted their wood shops to computer labs because they saw how the change of technology was going to require people skilled in this new way of doing things. The hands-on experience faded, and the gap between the parents and their children widened over the years.

But, the desire to build – and to share information – never went away. Instead, many people turned online to share their experiences and ask questions. This created new virtual communities where you could get advice from woodworkers in the United Kingdom, Japan and Mexico as easily as heading down to the local guild meeting.

The problem is that there are almost two different islands out there. On one hand, the older woodworkers, who have a tremendous amount of experience and knowledge keep meeting with each other, following the model that has worked for them for years.  And, younger woodworkers who are learning and sharing are doing the same thing online. With this set up, the knowledge and expertise that the older set has will be lost as they pass on, and the newer woodworkers will have to discover methods of work that are well known, but must be rediscovered on their own.

Pete Richardson’s modest proposal was for both sides to take the initiative and make the necessary moves to put both communities in touch.  The mission we gave to our members as we left the meeting was to go out and invite someone younger to come to the next guild meeting. If they can’t make the next one, keep inviting until they relent and come to see what’s going on.

For the younger woodworkers, the challenge is to find out more about the local guild or club in your area and attend an upcoming meeting. Show up. Shake hands. Volunteer to take some leadership role. And ask lots of questions. You might be surprised how a new charge of excitement into the next guild meetings might make them the place to come for woodworking know-how. 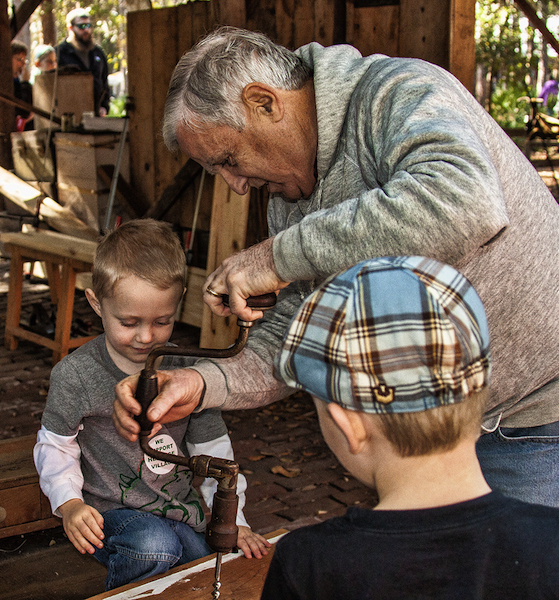 At that point, the divide will be bridged, and who knows what great things may come of that.

5 thoughts on “Bridging the divide”