I have a confession to make.

Every time someone asks me, “Tom, what’s your favorite woodworking tool?” I always fail to tell the truth. It’s not because I’m trying to delude anybody. It’s just that I forget the one tool that finds its way into my grubby mitts for just about every project.

No, it’s not the joiner plane I mention frequently. Nor is it the table saw or the chisels. Instead, it’s my cordless drill. 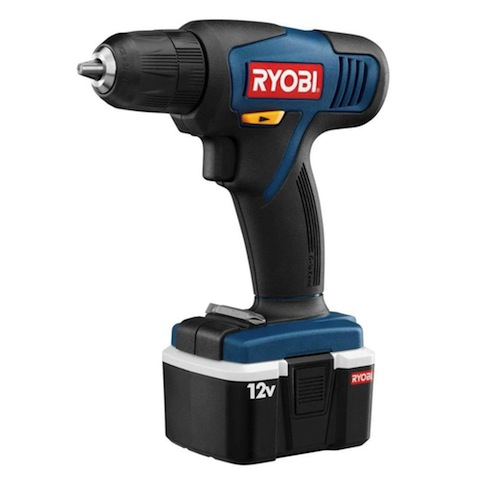 This past weekend, I bought a new one, making it – I believe – the fifth one I have owned. First, there was the Ryobi 12 volt. Uber cheap, it was the drill that showed me that I didn’t necessarily have to have a cord connected to the wall to be an effective tool. It served me well for about a year before the NiCad batteries crapped out on me. 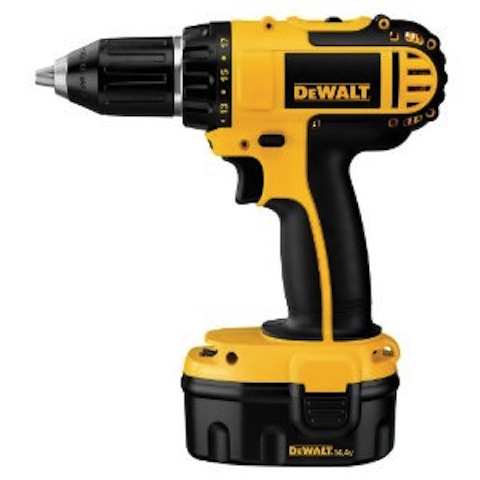 The DeWalt 14.4 volt I owned was awesome. That was a compact model that was built like a tank. It could handle all of the drilling and driving tasks I sent its way. I had that one for about three years of loyal service until, again, the NiCad batteries just gave up the ghost. Oh, sure, I could have bought new batteries, but the darned things cost more than a whole new drill setup. 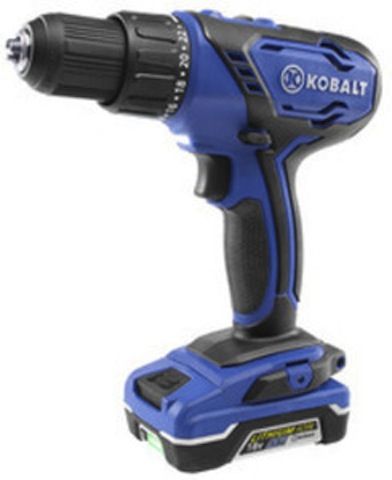 I was later gifted a Kobolt drill with a Li-ion battery. The new battery technology was great, but something happened inside the drill after about half a year. I was putting up some fence panels in my backyard, when the drill suddenly stopped moving. For some reason, the drill seemed a little underpowered, so instead of going through the warranty mumbo-jumbo, I decided it was time to move to another drill. 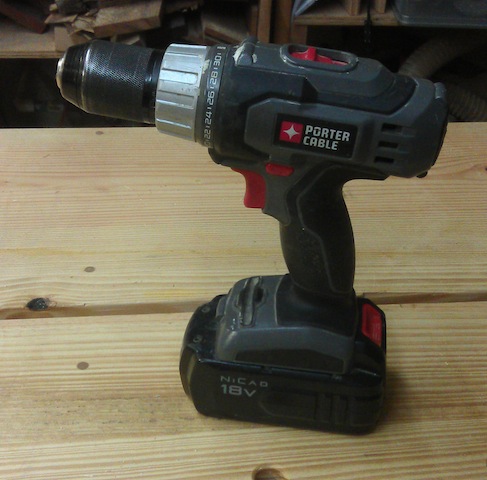 I picked up a Porter-Cable drill kit (complete with a battery powered circular saw) about two years ago, and that served very well as my primary drill. Again, it could handle just about anything I could throw at it. Drilling holes, driving screws, mixing thinset mortar with a paddle attachment. Yes, I still have some hardened thinset on one of the batteries.  The problem?  You guessed it.  The drill came with NiCad batteries, and after two years of charges, it started not holding charges anymore. I noticed during the start of the cabinet build that I was swapping batteries about every hour or so, and I wasn’t doing a lot of work with the drill. And, as you might imagine, new batteries cost more than a whole new setup. I needed a new way to do this…. 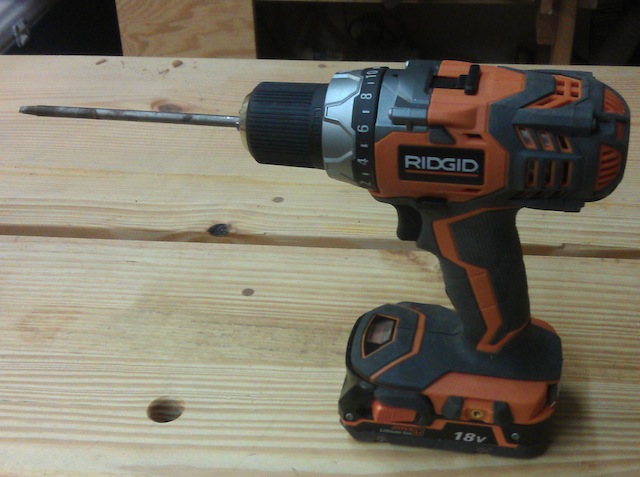 That’s why this past weekend, I picked up a new Ridgid cordless drill. I went big orange because of their lifetime warranty – which happens to also include the battery packs. So, if they go south, I can get new ones.

This drill is solid in my hand, with a 30 position clutch – an essential when driving screws. It has two speeds – slow for driving screws and fast for drilling. My Porter Cable drill had a light in line with the chuck on the drill, where the Ridgid has and LED light at the base of the handle, giving a much better illumination of the area you are working. It may seem like a luxury, but let me tell you, working inside a dark, cramped place, the light is worth its weight in gold.

Just like my old DeWalt, the drill is also far more compact than my last one, which will allow me to work inside smaller locations, making cabinet work that much easier.

And, like the old Kobolt, it’s a Lithium-Ion battery. What’s the difference?  Well, from everything I have read, when NiCad batteries start to run out of juice, the drill’s performance drops off significantly. When the Li-Ion batteries run low, they still provide top performance until there is no more juice.  The charger also recharges the batteries very quickly, meaning less down time waiting for batteries the charge.

There’s nothing quite like the feel of a good quality cordless drill in my hands – especially when building an installing cabinetry. I can drive screws to build the boxes, then drill pocket holes in face frame members to accept screws. Switch to a forstner bit to drill holes for cable runs between cabinet boxes. Drive long screws through the cabinet backs to attach the boxes to the studs.

Yeah, I really do like my cordless drill, and this one one promises to be a solid performer for years to come. Look for this one to be by my side on some more upcoming projects.

14 thoughts on “The handiest tool”