This past weekend, as the Last Minute Elf wrapped up, I left Iggy in charge of the shop because I had a very important woodworking event coming up. Jim Heavey of Wood Magazine was coming to town to teach a class over at the wood lab at Infinity Cutting Tools in Oldsmar.

I have got to tell you that Jim is one heck of a nice guy. On Friday, Jim flew in, I picked him up a the airport, and after a great lunch with Kurt Raschke, David Venditto and Jim at a local restaurant, we talked about the next’s day’s events. Next, Jim came to my house where we had some jambalaya, caught up and enjoyed the unseasonably warm Florida weather. 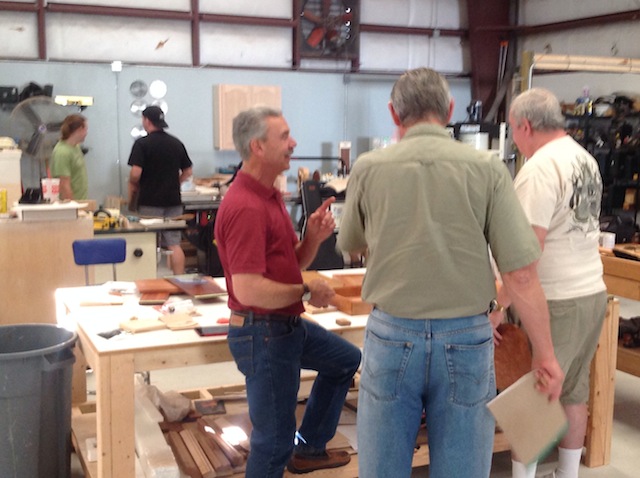 The next day dawned bright and early, and we gathered at the shop for the presentation. Jim led off with some really great insight into finishing. I discovered that his favorite finish is lacquer, followed closely by shellac. He loves the way that he can spray lacquer, turn his sprayer off without cleaning the gun, then start spraying again months later. After a few seconds, the solvent dissolves the hardened lacquer and he’s spraying again. (You can’t do this trick with catalyzed lacquer or any kind of varnish, or you will turn your gun into an expensive paperweight).

Jim also said something very profound about the finishing process. “Did you notice how woodworkers will spend big money on tools and wood, then ruin the project buy trying to save a few dollars using old finish?” Jim advised to buy small containers of finish and, if you haven’t used them up in about a year, discard them properly and buy new finish. 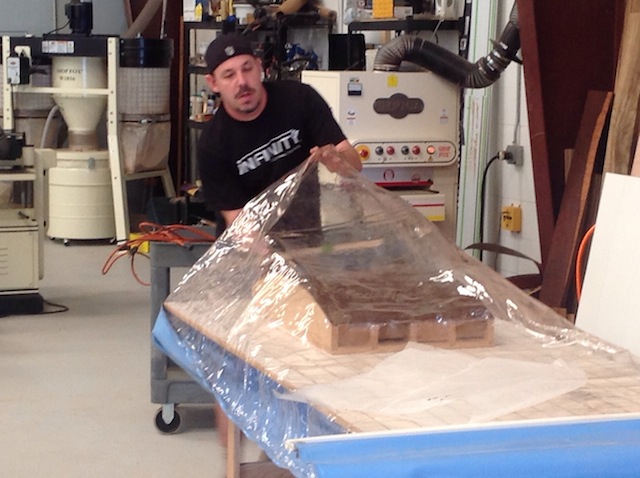 Jim was able to take a break later in the morning as Kurt took over, sharing the secrets of how he uses his vacuum bag to do bending. It’s a really slick system, where thin sheets of bending plywood are stacked over a form with a beautiful veneer, and then the vacuum created by a pump is used to clamp everything in place. With an epoxy, and given enough time, that stacked lamination is very strong and holds its curve with ease. 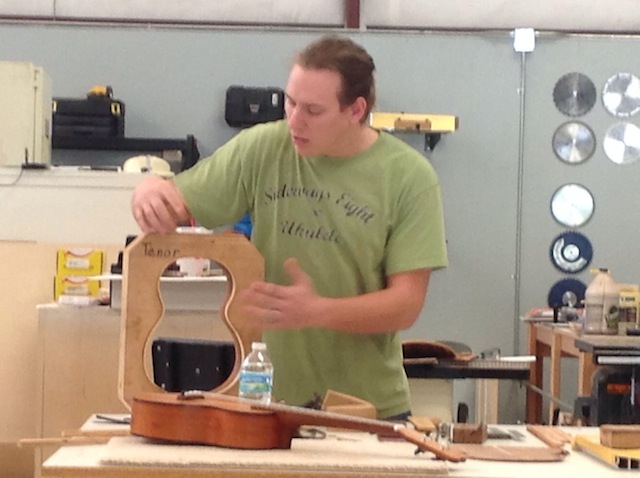 All of the students and instructors convoyed over to a local restaurant for some lunch, and after we came back, we jumped right into the afternoon session, where Andy Gibson showed his techniques for building ukeleles and guitars. He showed how easily he could bend wood using a hot pipe – a traditional luthier tool. Andy went into much more detail about  how he sands a curve into the sides of the instrument he’s building by using a hollowed out form and sandpaper (driving the bus) and how he ensures the frets are the proper distance from the nut, ensuring that the instrument can be played. 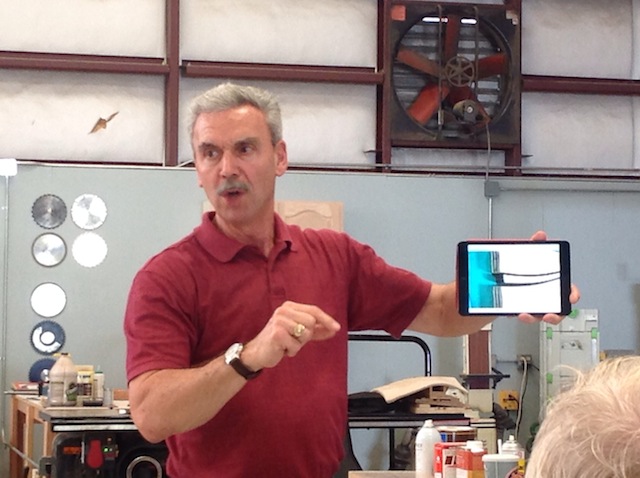 Jim came back to the front to finish the day. Now, Jim had a bunch of images he wanted to share, but someone (I’m going to blame Iggy) forgot to bring a projector. Oh, well, Jim was able to make do passing around his iPad mini… 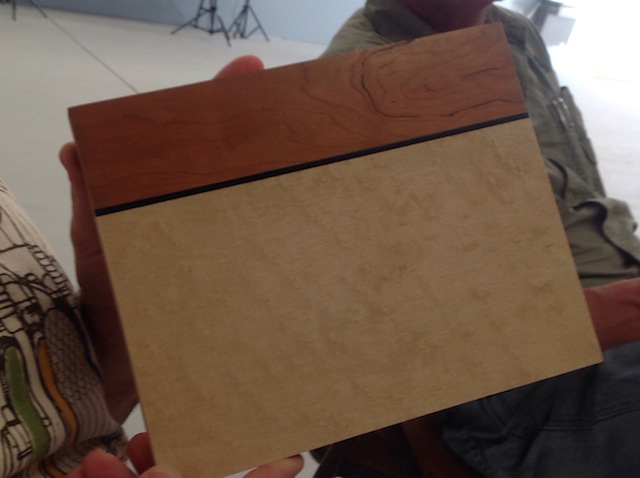 Jim’s afternoon presentation was on embellishment. And, one of the neatest tips he had was how to use epoxy as stringing. By coloring the expoxy, and using it to fill a saw kerf, he in effect created the equivalent of an ebony inlay. Not bad stuff…

Once the big day was over, we gathered everyone who wanted to join us at a local pub for a few brews, and then it was off to a Mongolian place for some dinner. 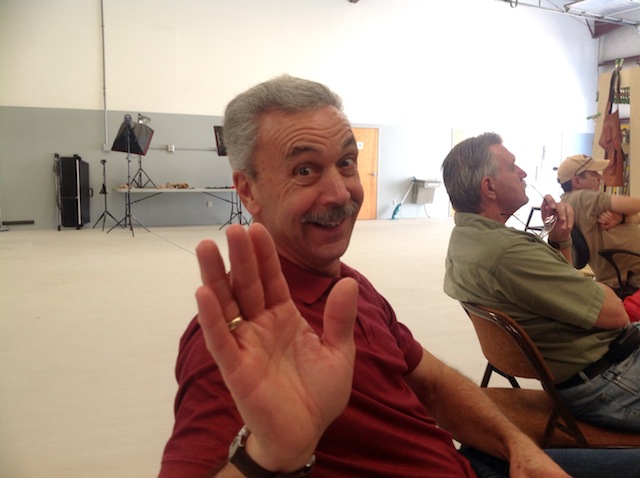 As I drove Jim to the airport yesterday (before he whacked his head on the the trunk lid of my car – OUCH!), he told me how much fun he had over the weekend, and he reminded me that he’ll be back in March when the Woodworking Show comes back to Tampa.

See you then, pal. The Jambalay will be hot, and the beer will be cold!

One thought on “An awesome woodworking weekend”