Remember when Norm Abram would get close to finishing a project on the New Yankee Workshop? He would always throw out that expression, “We’re gaining on it.”

Well, that’s exactly how I feel about this bench.  I’m definitely gaining on it, and I think I may be very close to done. 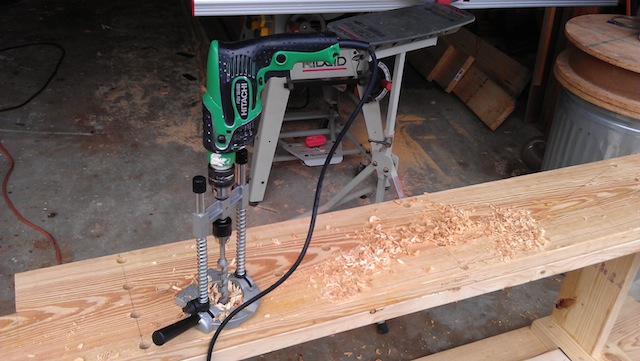 With the side aprons attached, I was able to tip the assembly on the ‘back’ rail and start drilling the holes in the sides and down the leg away from the vise. These would be able to hold pegs to support work while I’m working on it in the vise. I used this drill jig I picked up for $25 at a large retailer in order to ensure the holes are perpendicular. 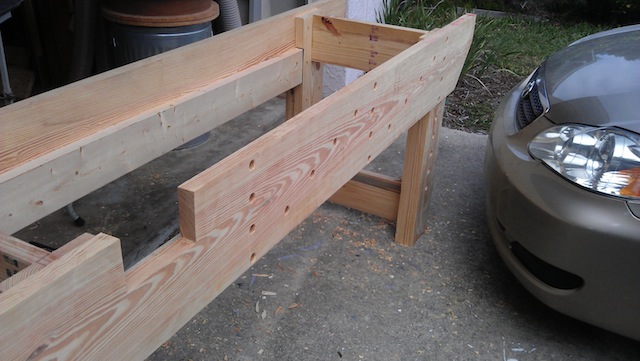 After measuring, marking and drilling, I stool the bench up on its feet again and admired my handiwork. I had even taken a router with a round over bit to the holes to prevent chipping (and around the sharp edges as well), I put in six cross members to catch the top.

As you can see from the photo, I notched out for my old Wilton face vise. While I worked on the top of the bench, I also notched out a recess so the back jaws of the vise would be flush with the top. It took some time with a forstner bit and a chisel, but I got the back jaw recessed… 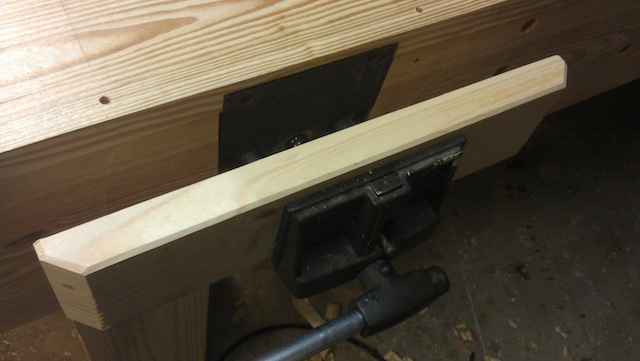 On the front jaw, I put on a long wooden chop. I know, someone’s going to say, “Hey, Tom, that vise is going to rack!”  First, at Woodworking in America, Chris Schwarz mentioned that a vise like my Wilton really won’t rack… its running gear is 100% metal. Plus, I could always throw something in the opposite side if I feel as if something is going to go awry. 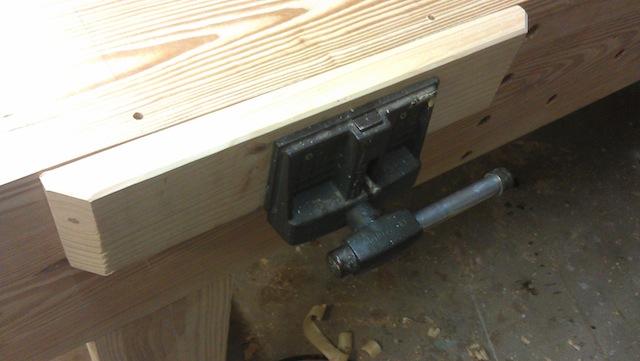 I kind of like the big wide wooden chop on the vise. It looks substantial. 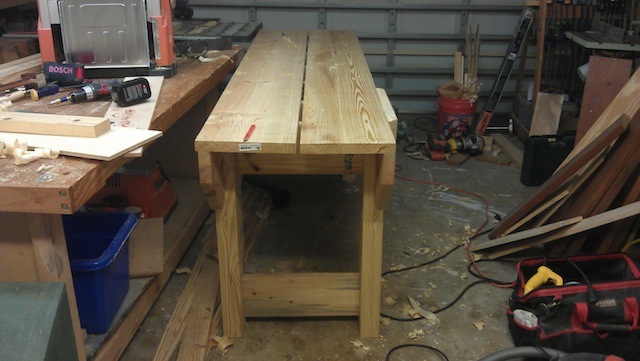 I still have some more work to do on this tomorrow… I need to trim the ends so they are nice and even. And, I still have to put on the Record fast action vise on the far end, and start boring some dog holes on the bench top.  Maybe I’ll even throw in a little shelf for mallets, holdfasts and other goodies… 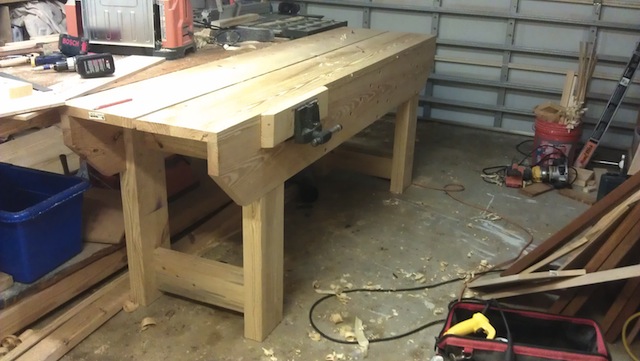 But, for now, I’m just very happy with the results. Oh, I will be ready to go for Last Minute Elf week for sure!