So, a few weeks ago I mentioned that I was asked to build a little bit of a trophy case for a friend’s daughter. And, the original design I came up with was pretty simple – a bookshelf looking contrivance that would hold both trophies and ribbons…

But, a funny thing happened on the way to building that project… 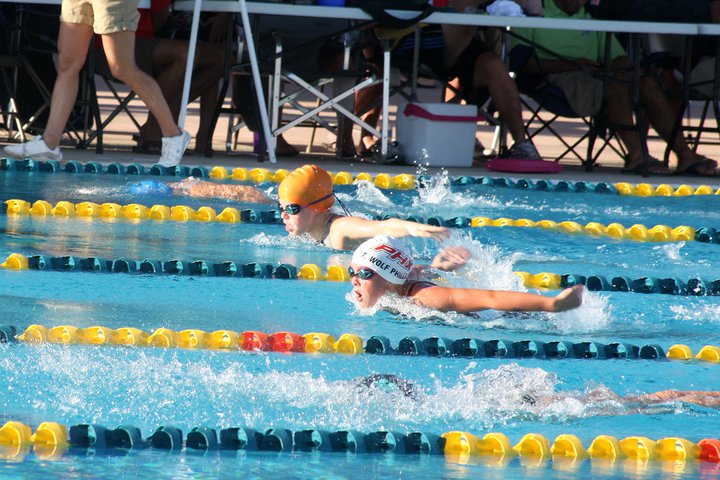 You see, Kevin’s daughter swam in a big meet. International competition at the pool. It was a HUGE deal. That’s where he saw one of these things: 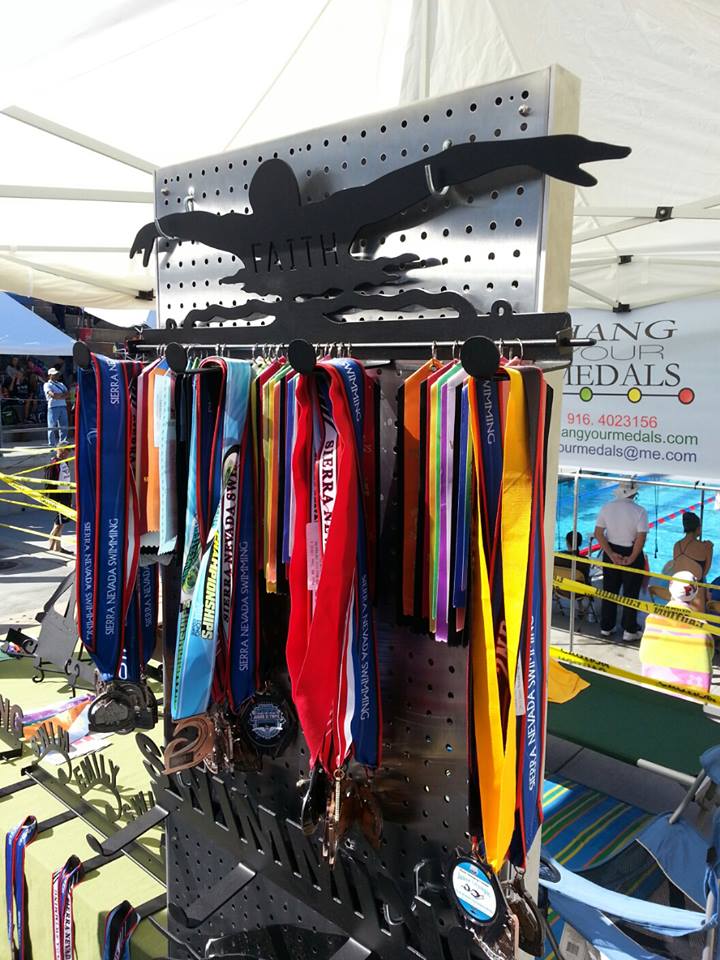 So, we had a little change in plans – we were doing more of a ribbon-based hanging system, and I was back to the drawing board.

Now, Kevin’s the kind of guy who knows what he likes. That’s a good thing, because I don’t have to pry it out of him. With graph paper and pencil in hand (no Sketchup for me… I have GOT to learn that sometime in the not too distant future) I set about designing a wooden case for the medals. 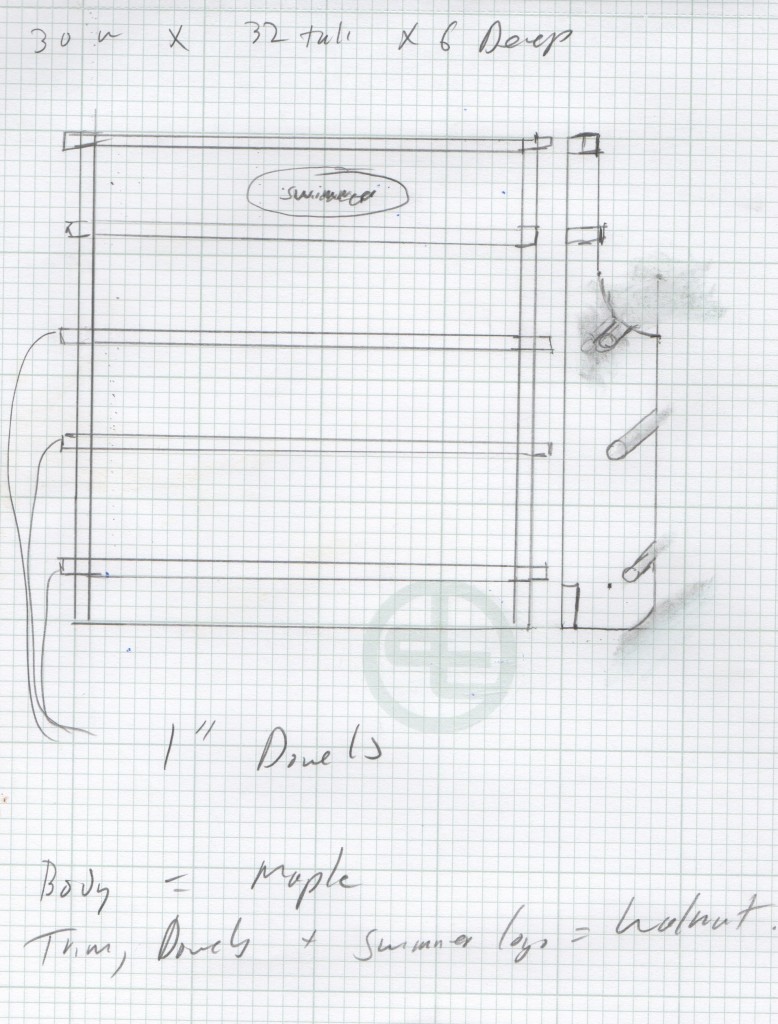 I was busy patting myself on the back with this one. I mean, it was COOL, right? I was going to cut a logo of a swimmer for the top of the piece, it was going to have cut out slots for dowels to set into and, well, it was going to be cool.

But, it was missing something… first, his daughter’s name. And, I don’t think that the slots were going to work out that well… remember, this is going to Yuma, so all of those cuts were going to make things a little hinky when it came to wood movement.

So, it was back to the drawing board.  And, with some adjustment, I came up with this: 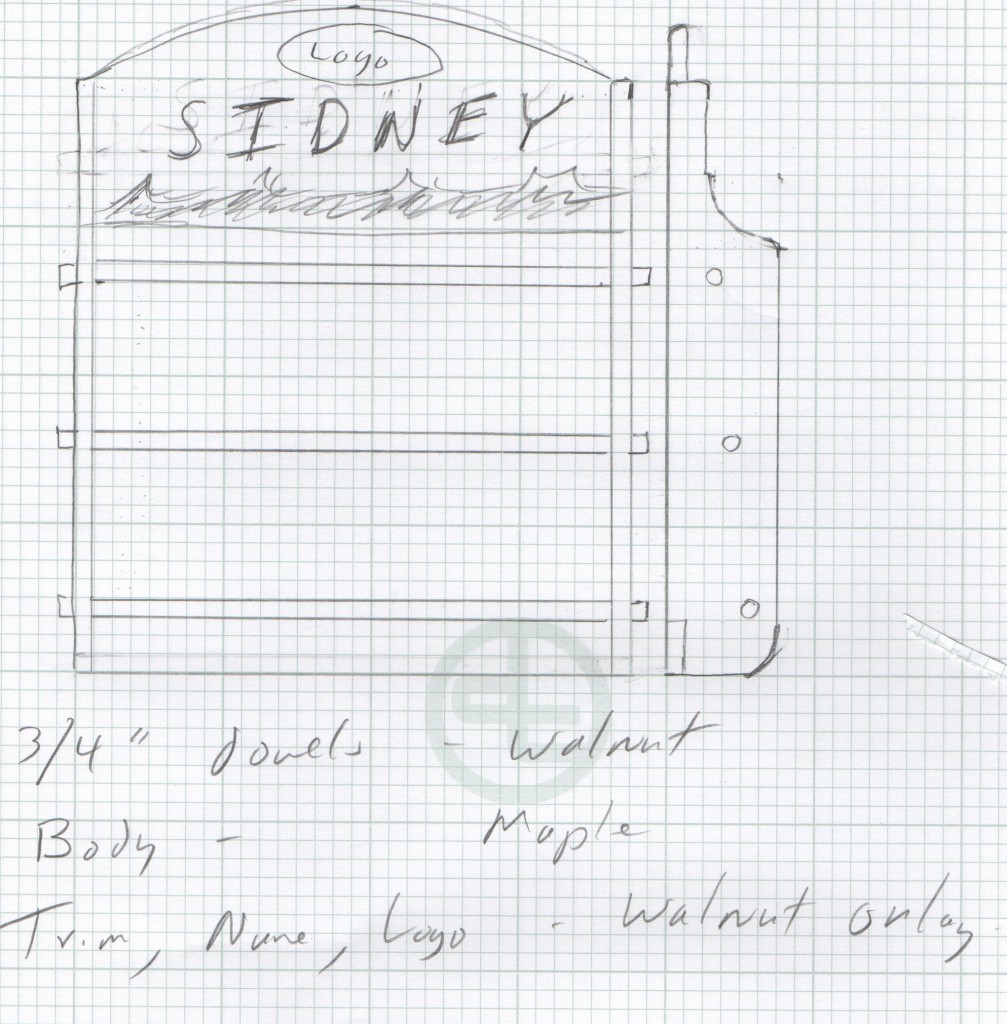 A little better. In this version, I put the logo up at the top and put her name up there as well. And, I put a band of walnut cut in the form of waves under her name.  I scratched the notches in exchange for pairs of matched holes where the dowel could be slid it. To add more ribbons (a real probability with her), Kevin simply has to slide the dowel out, add them on, then return it to the hole.

Now, I just have to wait for Kevin to weigh in for this design. I’m hoping that we can get the design nailed down soon so I can get to work.

After all, I have another client (Rhonda) who is looking to get a job in the queue…

3 thoughts on “The design evolution”