Here in the United States, we are commemorating Memorial Day, when we remember those who made the ultimate sacrifice for our country during wartime. Sunrise ceremonies are planned at cemeteries and veteran themed parks to honor those brave men and women who gave all.

While those service members who have fallen in battle are laid to rest with great ceremony, their brothers and sisters in arms who return from foreign fields come back home to resume their lives. Many achieve financial success and are blessed to be surrounded by loved ones for many years after their service is complete. When their time comes to pass, their funerals are well attended by family and friends, and they are laid to rest in dignified coffins or urns. 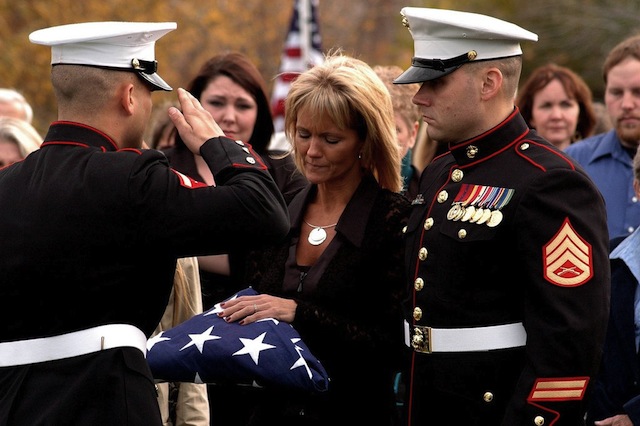 Unfortunately, many other veterans have difficulty when rejoining society back home, and – due to many factors – can find themselves destitute, alone and homeless in their last days. When these indigent veterans pass away, the Veterans Administration makes the final arrangements, which include cremation and interment. This interment usually involves housing the remains inside of a cardboard box.

This is why the Woodcrafters Club of Tampa began a project a few years ago. In order to help provide a more suitable final resting place for these indigent veterans. Working closely with the Veterans Administration and other allied agencies, the club began an ambitious project of building burial urns to contribute to the effort. The Tampa Bay Times newspaper did an article about the project shortly after it began last year. 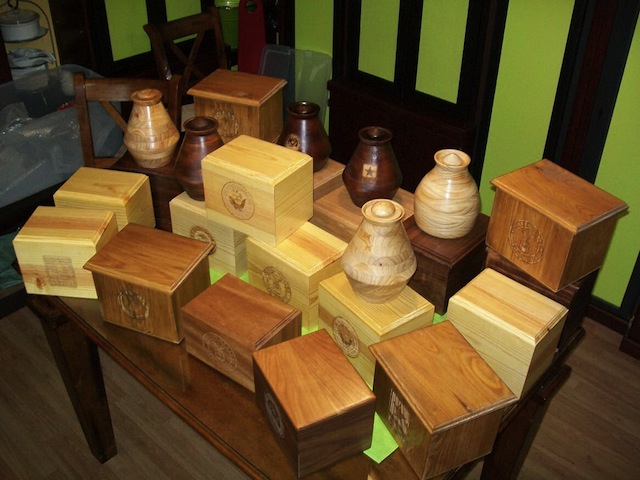 There are a number of specific requirements for these burial urns. They have to be about 9 inches wide by 7 inches tall by 7 inches deep, and the tops of the urns have to be affixed to the sides and the bottom is secured by screws once the remains are inside. Beyond these specific requirements, the design and material choice is completely up to the woodworkers to decide.

While most of the urns are built as boxes, an number of them are turned on lathes by talented turners. Most of the urns are build with pine or oak, but more exotic woods have been used as well, including special pieces taken from the builder’s own collection of prized woods. Many cabinet shops and other hardwood suppliers in the Tampa Bay area are more than happy to donate wood to the cause, helping to provide the raw materials so the woodworkers can concentrate on the craftsmanship that makes these so special. 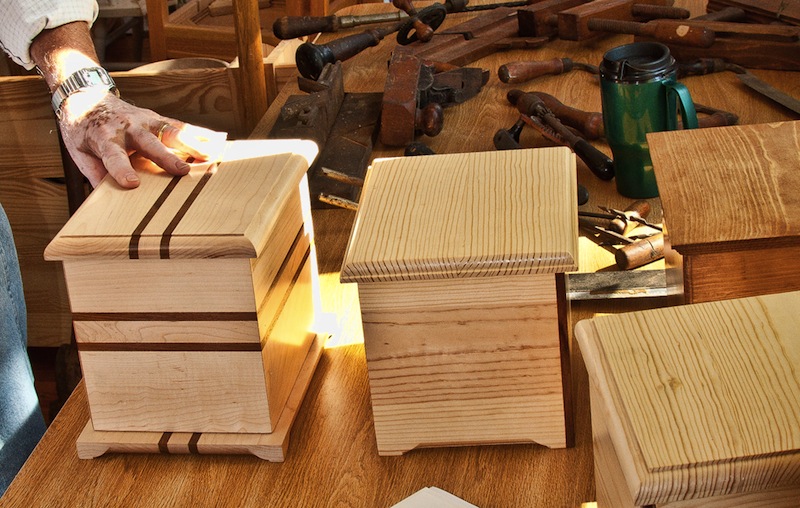 Many of these urns are sent to a local laser engraver who marks the urn with the seal of the branch of service the veteran served in, making each of these hand crafted urns that much more special.

Since the program’s inception, it has spread to many woodworking guilds in the Tampa Bay area and around the country. I have seen many of these urns built by the members of the St. Petersburg Woodcrafters Guild to be sent over to the Veterans Administration, each accompanied by its builder who beams with pride and the satisfaction of knowing that they are giving back to those who serve so selflessly.

While you may be out today celebrating Memorial Day with friends and family, be sure to take a moment to think about those who have served and be sure to give thanks in your own way for the sacrifices they made.  Happy Memorial Day.

3 thoughts on “Interred with honor”