When my boys were both born, I was a total wreck. I mean, there is nothing – and I mean nothing – as unbelievable as holding a person less than five minutes old in your arms. It’s a whole transcendental moment, connecting you with the new generation in your arms and the many generations that came before you. 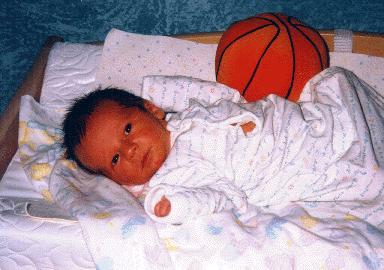 And, when I told my friends and co-workers about the moment – tears in my eyes –  many of them said the same thing to me. “Tom, you are such a softie.”

I’m pretty sure the meant that in the best way possible, but I’m sure a few of them meant that I was just too darned sentimental.  I mean, come on, people have been having kids for a long time before I did.  Couldn’t I just skip the emotional roller coaster?

And, I’m sure that when you look for hardwood (man, what a transition) – specifically maple – you are looking for the hard, sugar or rock maple for your project. And, many of you might turn up your noses at soft maple.  I spoke to Eric Poirier of Bell Forest Products about that, and he said, “If you did, though, you might be passing on some of the most beautiful wood you  have ever seen, and a great bargain in many cases.”

Unlike the hard maples (Acer Saccarum and Acer Nigrum), the soft maples – Red, Bigleaf and Silver – are a bit softer, and they can frequently sport a slightly coarser end grain texture and can feature more mineral streaks of different colors. But, then again, very lightly colored maples are known for featuring streaks of different colors, so this may not be the best way to identify the species. 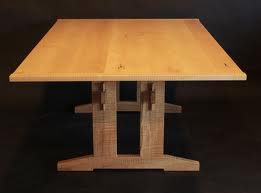 The real test can come in if you get your hands on some ferrous sulfate (check out eBay – you’d be surprised what you can buy on there!) and dilute it a little bit. The chemical will  leave a dark blue spot, while the hard maples will leave a much paler blue/green spot.

Why use soft maple in the first place? The stuff works like a champ.  Because it’s not as hard as its harder cousins, it turns beautifully and works like a dream. Looking for a good alternative to ash and oak for bending? Why not give soft maple a shot? It steam bends very well.

And, the best part is that it usually costs less than the hard maples, making it a great bargain as well.

It also has some tremendous figure. Bigleaf maples from the west coast frequently show some unbelievable, hypnotic tiger, burl and blisterfigure. And, when finished – wow. It’s enough to impress the heck out of you and just about anyone else who sees the project.

And, as far as you calling it soft?  Well, those may be fighting words. After all, this softie isn’t going to let the soft spot in his heart for soft maple be insulted.