This past week was kind of crazy for me. I got sick with bronchitis. My son Dominic had his Confirmation (’tis the season, right?). And, to top it all off, I had to ‘waylay’ Iggy to make my presentation across Tampa Bay to speak with the folks at the Tampa Woodworkers Guild.  The monkey didn’t go down easily, but you’d be surprised how effective a roll of tape can be… 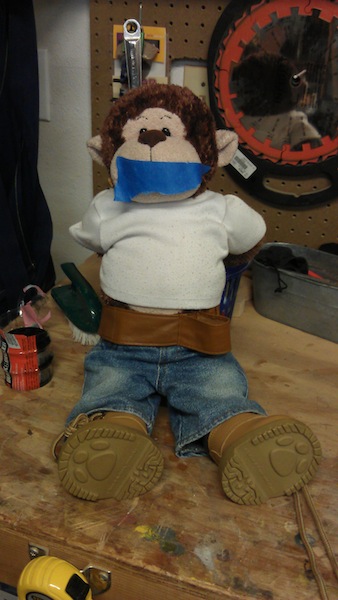 After I took care of the monkey, Jay Marino, the St. Petersburg Woodcrafters Guild’s event coordinator, and I headed across the long bridge to Tampa. The meeting was well attended, and I have to admit I was a little nervous.  I mean, this was a meeting of woodworkers who are pretty darned talented. What was I going to be able to teach them?

It was then that I remembered the reason why I was there in the first place. The reason I was asked to speak there was to show some corner joinery options for club members while building burial urns for indigent veterans. When veterans pass, the Veterans Administration handles the cremation and interment, but this is done in a cardboard box. The woodworking guilds in the area are putting together urns to provide a more dignified resting place. If we are going to batch out the boxes to meet the needs, we are going to need all joinery options on the table. 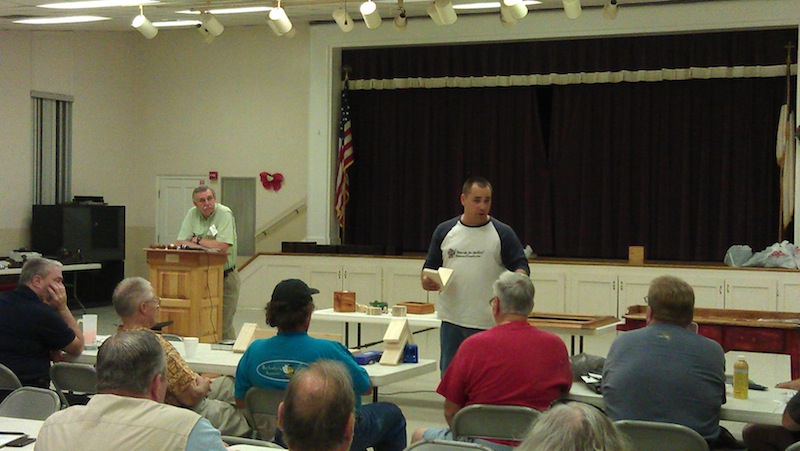 So, I presented my heart out. I covered all manner of joints from the basic brad joints to cut nails, dowels and biscuits. I covered plugged screw joints and pocket screw joints with plugs. Splined joints like I had used on Katie’s Confirmation box. Dovetails and box joints.

As the presentation wore on, I became a lot more confident. The jokes (that would have made Iggy cringe) started flowing more freely. The laughs started coming from the audience. Soon, I started answering questions from the room. How long have I been blogging? What are my favorite projects to build? 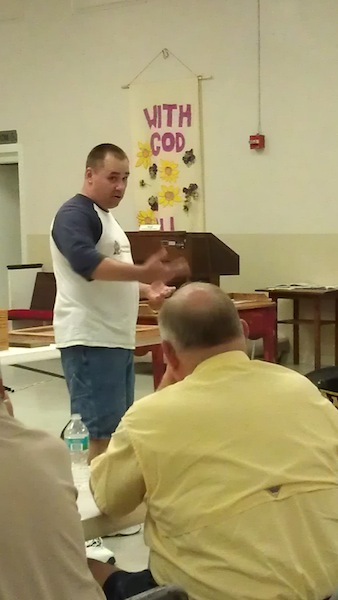 Could I serve as that guild’s vice president as well?

Alright, maybe I can’t spread myself any thinner, but I feel like we had really done a great job bridging the bay between the two groups. And, since it was such a great project, it’s a pleasure to be working together.

Now, how do I get adhesive out of monkey fur?

3 thoughts on “Crossing the Tampa Ocean”