When it comes to carpenters, there are few tools as ubiquitous as the sawhorse. The create a great place to stack lumber and a nice, sturdy platform to make hours and hours of cuts. 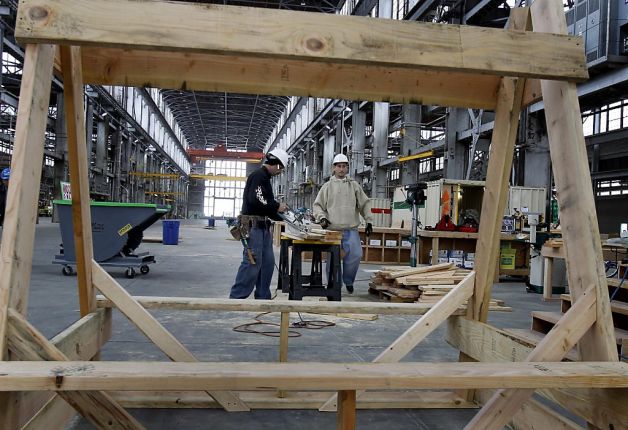 But, what about for woodworkers? Are they just as important?

For me, yes, they sure are. Throw a piece of plywood over a pair of them and you have either a tool rest, an assembly table or a great place to do a little finishing. Want to cut a sheet of plywood? Lay it over the two horses, set your blade depth and cut straight through, kerfing the top of the horse to ensure you get a full depth cut. And, if you really need to work on large timbers (say you had to work on some large pieces for a deck, gazebo or play structure), they are a must! 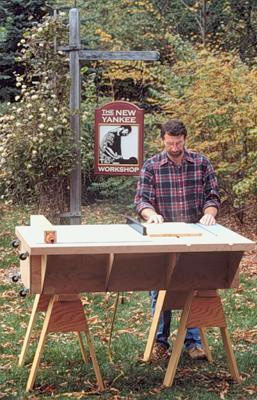 Most sawhorses are cobbled together on a job site. I can remember reading many of my dad’s home improvement books that showed how to quickly bang one together with some 2x4s and a few easy beveled rip cuts. This all-wood sawhorse zen reached its zenith when Norm Abram featured them as an integral component of his table saw station for a little bench saw. Yes, I built one of these when I had my first undersized and underpowered saw, and the saw horses were without a doubt the most sturdy I had ever dealt with. 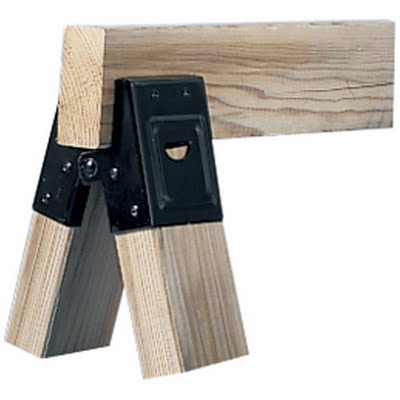 When I sold this saw to a friend, it had to go with both of the saw horses, so I was steed-less. That’s when I turned to the next evolution in saw horses – the pre-made kit. These babies came with the pre cut 2×4 stock and metal brackets to make building these babies a piece of cake. They served me well for several years and were sturdy enough to work for most projects. The did have a lot more wiggle in them than the Norm-designed ones.  They also shared another issue that I had to resolve – they were always ‘set up’, taking up precious space along the wall. No, I needed a new solution. 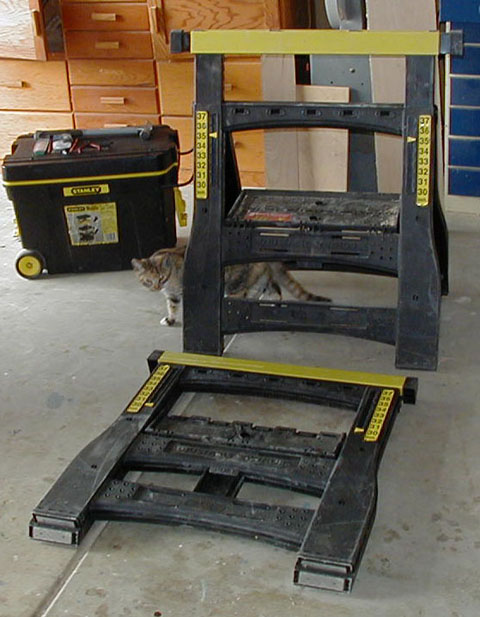 My first thought turned to those fancy plastic fold-up sawhorses. They have all kinds of features, from height adjustment to built-in tool storage. Some have extended outrigger for wider pieces. This was looking more promising, but I still had a few issues. Even folded up, they still take up a considerable amount of space. I have also used them at work for set construction and wasn’t ever really satisfied. They seemed a little flimsy with heavier items stacked on them. And, they were just a little awkward to carry around. 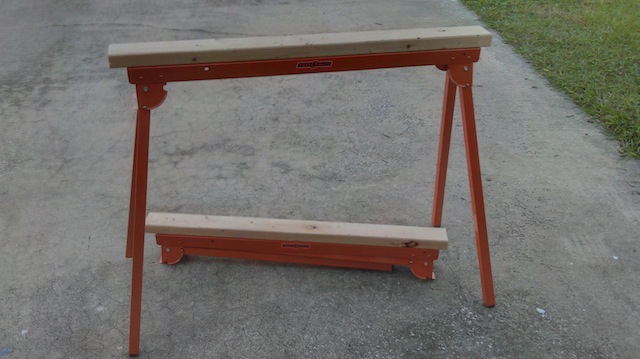 No, I needed a better solution. And, it came to me from Craig Ursell over at Portamate tools. He sent me a pair of Portamate 3300 saw horses, and these babies were just about what I needed. First of all, they are made of sturdy steel. I have thrown some heavy weight on top of them (when I assembled my son’s new basketball hoop), and they held the weight beautifully. They also have folding legs, which means that they collapse into a very small package when you want to store them. And, you also have the ability across the top beam of the horse to screw some 2x4s to the horse, allowing you to cushion your work while you lay it across the horses, and to replace these if they become cut up after they are used up.

These babies also have another useful feature – they can be used low on the ground with the legs folded up. If you have ever worked on your workbench and struggled with trying to clamp – say – a middle shelf on a bookshelf while it lies on its side, placing these two folded up sawhorses on the bench under the project will leave plenty of room for you to get the head of the clamp under the piece… easy peasey lemon squeezy! 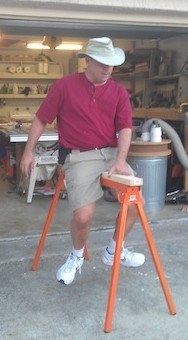 Now, you may never be able to ride these babies off into the sunset, but having your trusty steed in your tool stable, you will find your work a little easier…