My shop has a comfortable mix of  homeowner and ‘prosumer’ tools. There are some nifty routers, a set of sweet hand tools and a table saw that has been a good performer for me for nearly a decade now.  And, while I have had the basics, I’ve noticed recently that I am ready to do some upgrading. For instance, this past winter I upgraded my old entry-level Delta thickness planer with a more capable model from Ridgid. I upgraded my chisels. I upgraded my drill press by bringing it someplace where I can use it! 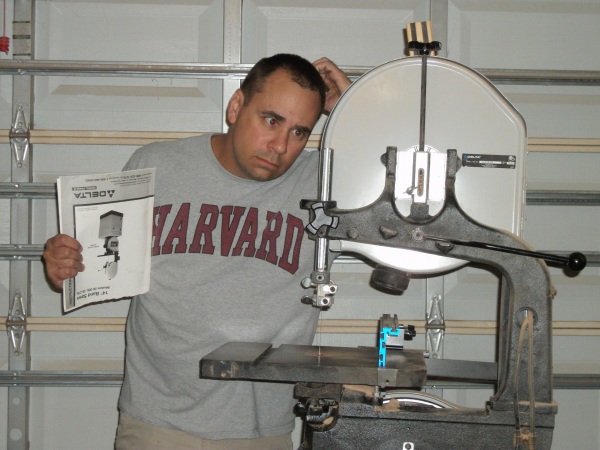 Another place I really wanted to upgrade was my band saw. That Delta was OK, but the six inch resaw capacity was just too little, and the blade tended to wander all over the place.  I would tweak and adjust and all that other goodness, but it still took a long time to make resaw cuts and the results were often lackluster.

That’s why a few weeks ago I contacted the folks at Laguna Tools about entering into an advertising agreement with the site. When they looked at what I have been doing for the past five years – but they still said ‘yes’ – I could barely contain my excitement.  Especially since it involved a new band saw. 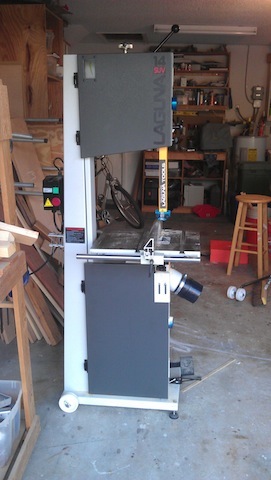 Yup, I’m the proud owner of a new 14 x 14 SUV Band Saw. The folks at the shipping company dropped it off last Wednesday at the house.  He had a really big truck, and it took a pallet jack to get the moving skid from the truck to my garage.  Good thing, because this saw weighs a cool 375 pounds.

I don’t normally deal with big industrial tools that arrive on the backs of trucks, so it took me some time to figure out how to even unpack this sucker. Laguna had built an internal plywood frame around the saw and encased that with cardboard, with the saw bolted to a skid to prevent it from toppling over. I was able to unpack the saw and open each of the elements, and, surprisingly, the saw went together very easily. 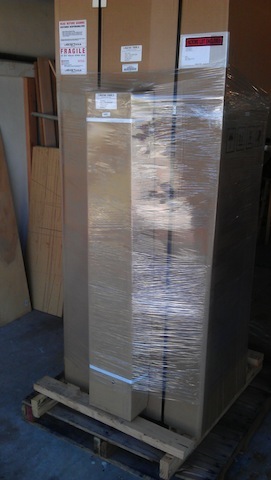 But first, I want to say this about Cosmoline – the brown, grease-like substance that gets smeared on the bare metal parts of machinery before it gets shipped… It’s a pain to get off, but it keeps the metal completely rust-free. Just take your time, use mineral spirits, WD-40, a bunch of rags and an old toothbrush, and you can get it all off in pretty short order. 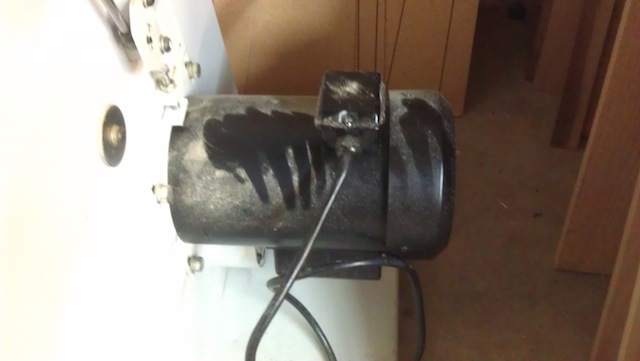 The motor – a beefy 3 hp Leeson – mounts to the side of the saw cabinet. This time, I was very careful to ensure that the belt was tightened properly so I got maximum efficiency from the saw.  I also had to run a 220 line from the power panel to the saw location – it was an extra cost, but the motor is a beast.  That should make resawing a breeze.

Next up was the table and rip fence. The table is another heavy duty component, featuring integrated cast iron trunions in the bottom. The table is very heavy, so I’m glad they included a gas piston to help with adjusting the angle of the table – very clever little design feature that will save me a lot of issues later.  The stock rip fence slides onto a round bar on the table, locking securely. It has the ability to be used as a high fence or a low fence, depending on its orientation… a very clever idea. 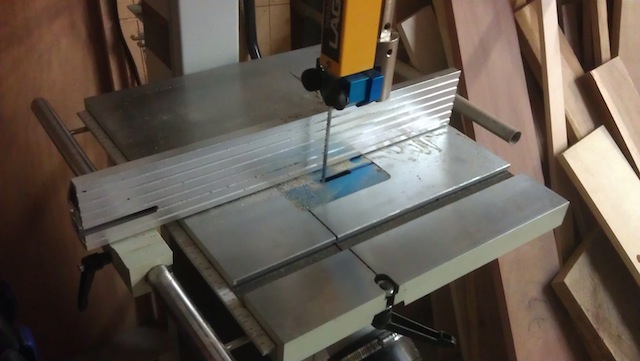 One knock I have heard about the table on this saw was that it is kind of low to the floor. I must admit, it is lower than some other band saws I have used, but it’s really about the height of my table saw table, so it’s OK with me.

The mobility kit appears to be a one-size-fits-all item for all of their band saws, so it seems like a bit of overkill on the 14 inch model. However, it is uber-robust and rolls smoothly across the floor. 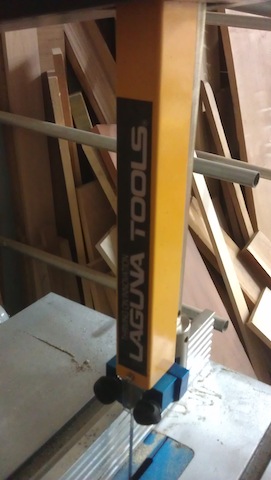 The blade guard and guide system is surprisingly elegant, and has already won praise in the market. Using two pairs of ceramic guides on the top and the bottom guides, there’s plenty of support for the blade, which should make my cutting a lot more accurate. The bottom guards are easily accessible, unlike the old Delta’s, meaning I will actually use them on this saw.

Changing blades does involve removing the upper and lower blade guards, which seem like a pain in the rear when you first do it. But, once you realize that they will protect you totally if a blade breaks, the extra step is no longer an issue.

The saw does use massive 120- inch blades, so I’m going to have to think ahead when I need new blades or blades of a different size. You can’t just mosey into the local woodworking store and find these babies just anywhere. 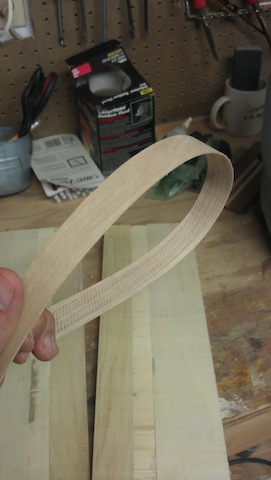 Once I got the saw set up, I decided I would make a quick test cut. After two evenings of putting the saw together, I was eager to make some sawdust. I put on the 1/4″ blade and figured I would do two tests.  For the first one, I set the rip fence about a 1/4″ from the blade, took a straight milled piece of wood out of my lumber pile and ran it against the fence. Without any tweaking or drift adjustment, the saw cut a straight slice right off the end of the board. No wander. A consistent thickness along the entire length. WOAH!  I’ve never seen a saw do that…  Oh, and the saw cut very quickly. The old saw took some time to make it down the length of a board – this one didn’t bog or slow down while I fed the board at a very speedy clip.   I can see some bent lamination projects in my future. 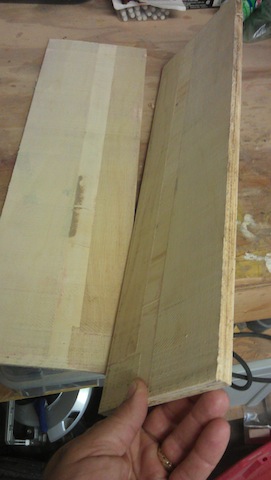 The next test I did was to grab a piece of 1/2″ plywood and raise the blade guard to make a resaw cut. The piece was about six inches wide, and I wanted to see what kind of control I would have with it. I eyeballed one ply line and made that my target. Again, with the 1/4″ blade, the cut was smooth, accurate and aggressive, splitting the same ply down the board the entire foot and a half length. And, the cut was VERY smooth – no gouges as the blade wandered.  Now THIS is cutting!

What can I do with this saw? I don’t know yet, but I’m looking forward to doing a whole lot more work with a band saw.