With football season coming up, I always think back to my days when I attended the University of Maryland. I worked on campus all summer, and every afternoon, my co-workers and I would talk about the upcoming season, which games we were looking forward to, and how cool it was going to be to sneak some ‘adult libations’ into the stadium for the games. Ahhh, to be young and dumb again… 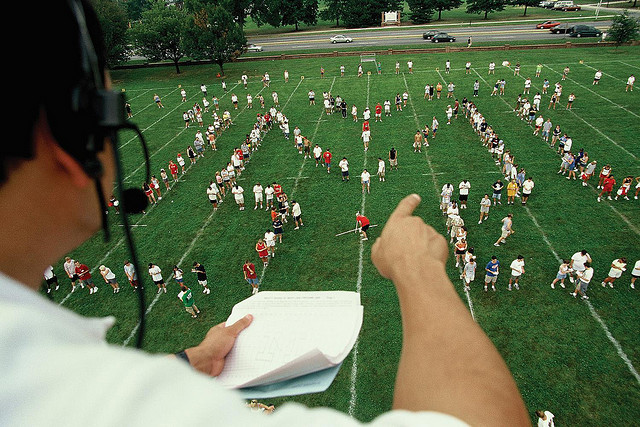 After work, though, I would always look forward to the walk back to my apartment. As I crossed Route 1, I had to pass in front of the campus’ chapel and the large field that rolled up the hill toward it. It was at the bottom of this hill where the school’s marching band was practicing, getting ready for performances. And, boy, did they ever suffer in the heat as the band director took more than one hundred individual performers and made a cohesive unit. The staff would teach the band members how to play together. How to create formations. And, most importantly, how to march together. It was always impressive to hear just one command – for example, ABOUT FACE – and see the entire formation of students turn on their heels and change direction in an instant. Such power used with such finesse.

Sharpening is a task where you also need to use more than a little bit of finesse. For instance, if you want to sharpen a hatchet blade, you need to be aggressive to remove enough material to get that edge into fighting shape. But, when my barber hones his straight razor for my post haircut neck shave, he’s very careful with the leather strop. 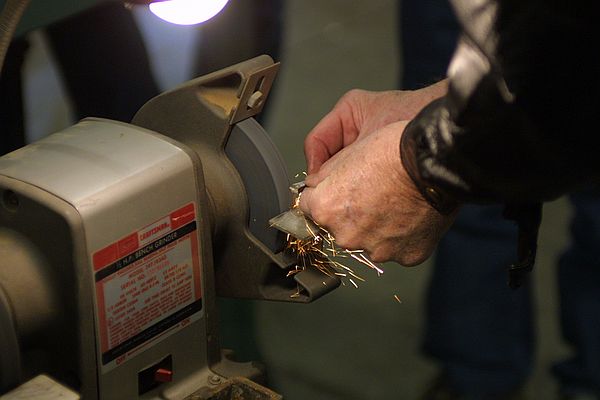 In much the same way in the shop, there are some sharpening applications where you want to be extremely aggressive with the tool, and times when you need that feather soft touch to ensure the finest edge. Many woodworkers go for a high-speed grinder to get that rough stuff out of the way, then turn to stones to get the fine honing. But, can that be done on a single machine?

Surprisingly, my Tormek can handle both tasks. The wheel on the sharpener can be graded to a coarse cut for edge shaping, then later regraded to a finer grit for the polishing process. Just as important as stone grading on this system is the direction in which the stone rotates. 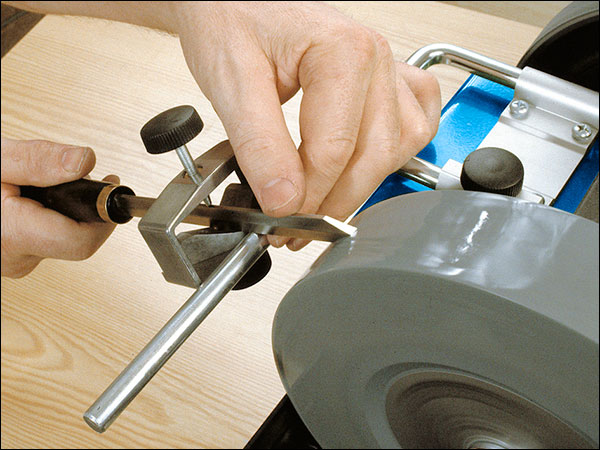 If you sharpen a blade with the stone turning toward you, the cut is far more aggressive. The wheel can remove a tremendous amount of material in short order (something you do need to pay attention to, otherwise you could totally reshape your tool!) with the turning direction turned toward you. So, if you are trying to get a nick out of your blade, this is a great feature. When you want to put the final polish on the blade, simply turn the machine around, and with the wheel turning away, you lay the blade edge on the wheel and the cut is much less aggressive.

The only problem with this arrangement? The machine is solidly built and kind of heavy. Plus, with a tub full of water keeping the wheel wet, you can get quite a bit of sloshing going on, soaking the stuff on your bench. That’s why I sort of parked it in one configuration – wheel rotating away – and kept it there. It was OK, but it would have been better to have that other option.

That’s why I was so pleased to see a new accessory for my Tormek sharpener. The folks over at Tormek sent me one of these turntables to mount the tool on, making this twist a piece of cake to pull off. The base is solidly built, with gripping feet on its bottom and a smooth ball-bearing guided turntable. The top of the base is relieved to have the Tormek’s feet rest in place, preventing it from slipping.

With this new base in place, I can easily move from the coarser grinding to the finer honing. This has encouraged me to do more sharpening of tools as they dull, instead of waiting for them to all be dull and setting aside a block of time to sharpen them all at once. My tools stay sharper, the quality of my cuts remains high and it can help me make some beautiful music at my bench in the shop.

6 thoughts on “About face!”