Today, I send a shout-out to Nicole Spagnuolo. What? Did you think one Spagnuolo would be enough? 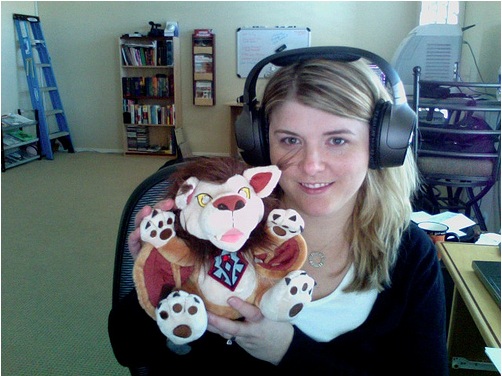 I first met Nicole when I was up at a woodworking school in Indiana. Marc was instructing the Contemplation Bench class I was attending, and Nicole came along for the trip. During the day, Marc spent a lot of time with me, trying to prevent me from cutting a few fingers off or creating a pile of designer firewood, Nicole popped in to say ‘hey’ and help document the build.

It was one night after a hard day in the shop where I really got to know both her and Marc. Nicole was preparing a delicious chicken dinner, and she asked for help snapping some fresh green beans. While we sat preparing the dinner, I realized that these two kids where alright – the kind of folks I wish lived on my street so we could invite over for barbecues and to shoot the breeze.

When Marc suggested that perhaps I might want to start a blog, it was Nicole who did a lot of the legwork getting the tomsworkbench.com domain name and helped me get the infrastructure working on the site.

Early on with the blog, there was a point where I felt as if I couldn’t go on anymore. I wasn’t drawing thousands of readers each day, and I thought it wasn’t worth keeping things up and running. As if on cue, Nicole sent a quick e-mail letting me know just how good she thought the blog was, and that she couldn’t wait to see more content.

So, you have Nicole to blame!

Today, Nicole is a proud mom, a video gamer and one of the funniest people I know on Twitter. And, yes, I have to admit, as an unofficial honorary uncle, I look forward to the pictures of Mateo she shares with the online community.

I don’t think I have said it enough, but thank you, Nicole for all of your help.