There have been a bunch of folks who have had a major influence on Tom’s Workbench over the past five years. I wanted to take the time to recognize a few of the folks with which the blog would have never happened. Today, I send a shout-out to Marc Spagnuolo. This one should probably be a no-brainer, because he’s the guy who got me into this fine mess in the first place. 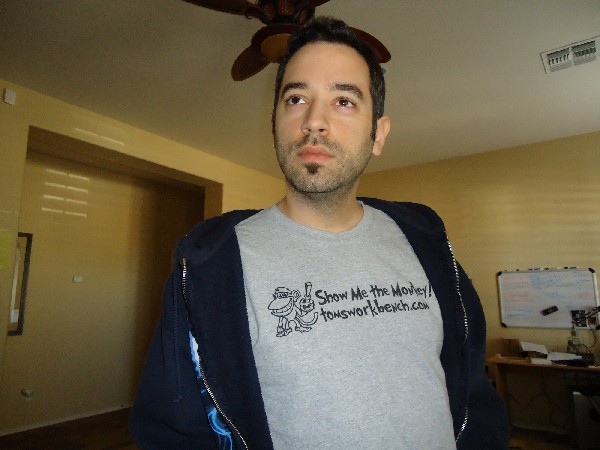 What is there to say?  If you want someone to blame for Tom’s Workbench, visit the Wood Whisperer’s site.

Marc was just a wee lad back in the day when we first met… online at the Woodworkers Website Association. Although you wouldn’t have ‘ recognized him.  At the time, he was writing his entries under the name MarcSpag, and he was pimping his website Marc’s Wood Creations. I think he got better at naming his website!

When we first met in person up at a woodworking school in Indiana, Marc already had the cool, collected delivery of an experienced instructor. He was funny, easy to approach and knew more about woodworking that I could have ever figured out. It wasn’t until I later discovered that he had studied with David Marks – and that influence showed.

My guess is that when Marc opens the Wood Whisperer franchise on Mars, I might be one of the few folks in line to run it.

But, hey, that’s what a couple of Italian boys from Jersey will do for each other!