Today, I send a shout-out to Gail O’Rourke. 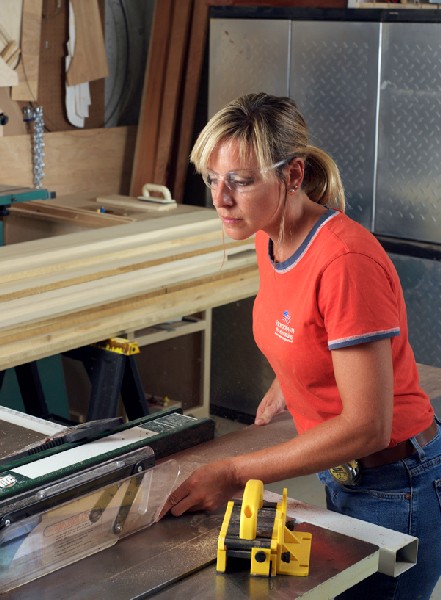 In many ways, Tom’s Workbench wouldn’t have even been a thought if it wasn’t for Gail. Many years ago, I was posting regularly to the Woodworker’s Website Association. Great group of folks there, and we would banter back and forth about woodworking, life, the works…

Gail had attended the American Sycamore Woodworkers Retreat in Indiana. A nice woodworking school that had quite a great group of students attending it. Each year, many of the more ‘entertaining’ students were invited back for a charity build-a-thon to build some projects, have a few laughs and see just how late we could stay up each night and still function in the shop.  It was a challenge.

As plans were being made for the 2005 gathering, one of the people who was invited to the big build-along was noted woodworking author Danny Proulx.  Tragically, Danny passed away in November of 2004, a few months before the event.

The owners of the school gave Gail the opportunity to invite someone else to take his place for the late-spring build, and she suggested that I be invited. At first, I was sure I was going to answer, “no.”  I mean, it was a flight and lodging costs, and I was asked to raise $100 as a donation to the American Cancer Society for the build. But, after a long discussion with Rhonda, I decided that the situation was right, and off I went.

Needless to say, the weekend build-a-thon was a blast, and I had the chance to meet many talented woodworkers who helped me get started along the way. In fact, it was shortly after this event that I was invited to come up for a week-long class with this young guy named Marc Spagnuolo…

Later, when I told Gail I was interested in breaking into the woodworking writing field, Gail was instrumental in opening the door to get an article in the  the now-defunct Women in Woodworking magazine – an article on Gail herself.

Through the years, Gail has checked in with me to see how the blog is doing, to compare parenting notes (she has three, I have two) and to run crazy ideas by.

All of this because we randomly met on a woodworking board, and she thought she’d take a chance to invite me up to a woodworking event.