With Tropical Storm Debby dumping tons of rain on us, and me called in to the Emergency Operations Center, my wife Rhonda has stepped to the plate and written a post for your enjoyment. She tried her hand in the shop … and here’s what she observed.  Enjoy!

First let me say that I am NOT one of those do-it-all women who know all the names of the power tools and which side is the sharp side.  I’m a busy mom, high school teacher, and wife.  Recently, after a frustrating search through Michael’s craft store, I couldn’t find any craft I could cling to.  So I decided to delve into my husband’s territory, with his permission, of course.  After all, I figured, here’s a quick route to “craft” satisfaction.  I could sand, finish, and maybe even veneer some of his furniture.  We could bond over birch, improve our communication skills while working side by sander, and share our dreams during demo.  That’s not exactly how things worked out.  But after you find out what happened, maybe you’ll be inspired to invite your wife or girlfriend into this sacred sanctuary called “the shop.”

In my first foray into the shop, I realized I would have to get used to a few things. 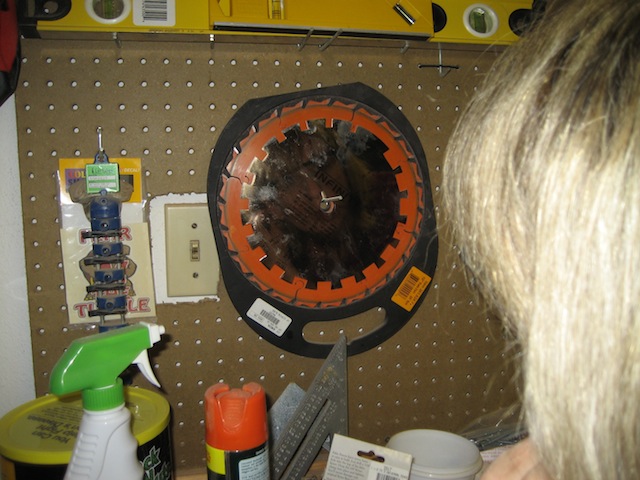 Now that you know what I’m up against, the actual reason I entered the shop was to sand my mother-in-law’s stepstool.  Tom had cut out the pieces with dovetails.

Santos Mahogany is a gorgeous wood.  Very … appealing.  OK – I have no idea how to describe it other than I like it. 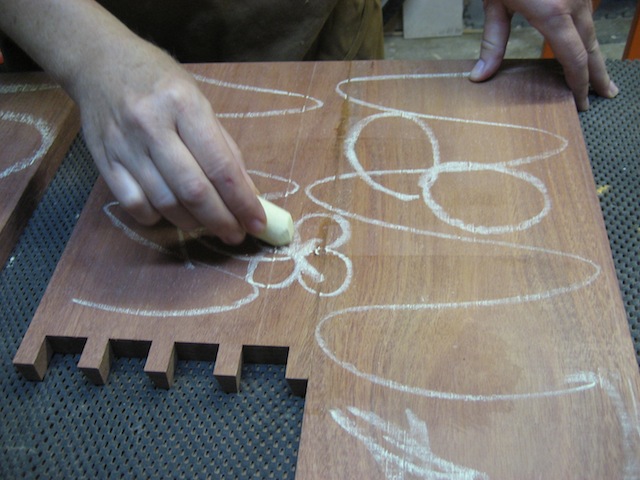 The first step was to get the right grit on the sander.  We used 120 for the first round.  I grabbed a piece of chalk and drew lines, and some flowers, so I’d know if I evenly sanded the wood. 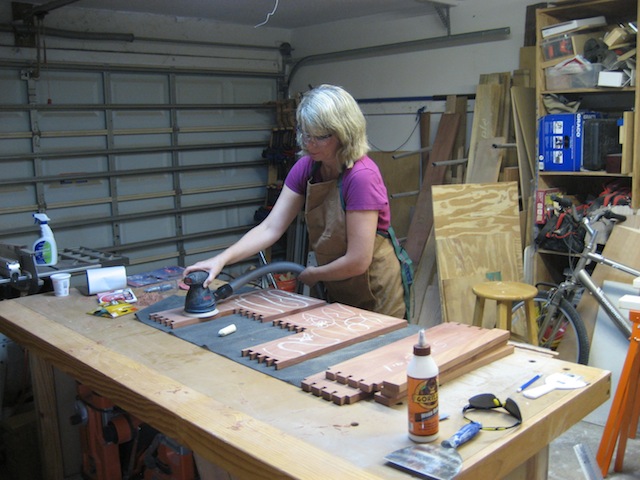 Once I started up the sander, it was easy.  I just let the sander “do the work” as Tom instructed.  It took longer than I thought, though, and I had to resist that multitasking urge and just take my time.  After about 10 minutes, I flipped the pieces over to chalk and sand the other side. 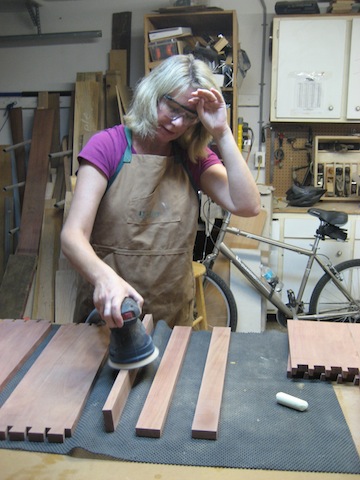 By the time I was done, about 20 minutes later, I had a tingly sensation in my hands and just wanted to sit down.  But a refreshing sense of accomplishment came over me.  I had completed the task for today and looked forward to the next go-round with a lighter grit sandpaper tomorrow.  The step stool will essentially be made by both of us and I feel pride and ownership in that.

I see why you love this hobby, Tom!

10 thoughts on “From Tom’s workbench… with love…”