I love my family. What a great bunch of folks… My wife, Rhonda and my two sons Dominic and Steven. Not only are they a bunch of fun, but they treat me right! 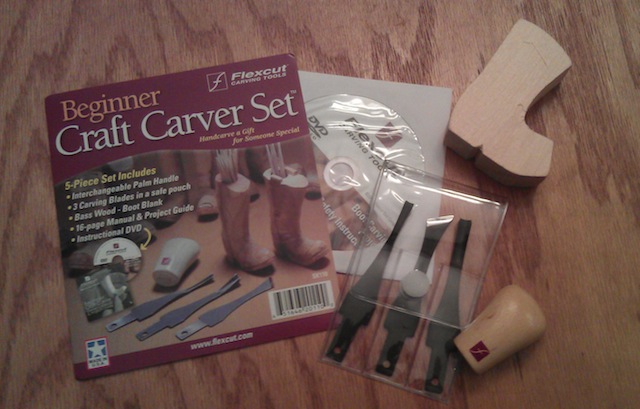 For instance, yesterday I had probably the best Father’s Day I have ever celebrated. It started off with a simple breakfast and a few presents. The best one was this carving kit from Flexcut. It came with three separate blades, a handle for them to insert into, the instruction book and  a boot shaped block of basswood to try my first project. Sure, I’ll mess with it, but I’m looking forward to doing a little letter carving for  a sign for our house.

Of course, after the bathroom is done.

It’s funny, but the instructions warn me off from using a sharpening stone on the blades – just a strop. Going to have to see how well that works.

From there, it was off to Tampa to Centro Ybor. This is in the heart of the old cigar rolling district, and the place just oozes history. Many of the old cigar factories and warehouses have been converted into night clubs, special stores and restaurants, and I had to pay a visit to the Tampa Bay Brewing Company. The visit was totally unplanned until Friday night, when we saw the restaurant featured on the show Diners, Drive ins and Dives. The beer was awesome, but no where near as great as the food. WOW! It was there I also discovered something very important… Beer is my friend. 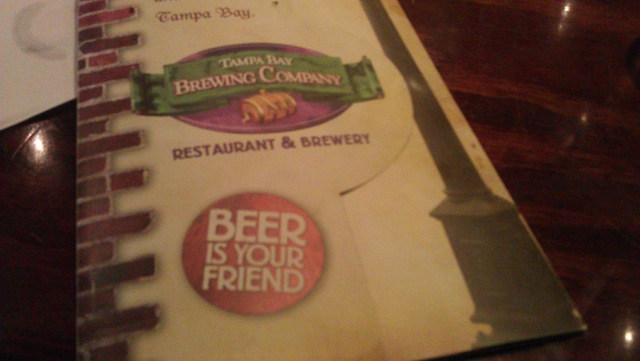 While the day was going well, my wife and I started talking about going and doing a little bit of shopping. At a place. I’m not sure I can mention its name…

Hey, Iggy put me up to it. Bad Monkey…

We went to the Swedish smorgasbord of furniture just looking to walk around for a bit, but we saw something that my wife had been asking me about for years – a comfortable chair to fit in our bedroom.  At only $69 for the chair and cushion.. and she could have it immediately… well, I swallowed my pride a bit and went for it. It was too good a deal, and mama is happy. 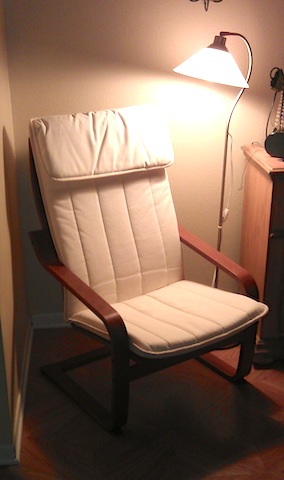 The rest of the day involved a trip to the city’s pool for a swim and some Argentine-style steaks on the grill.  That Chimichurri sauce is some REALLY good stuff.

As I put the boys to bed tonight, I gave them an extra hug. While the stuff we did was fun, the best part is that I got to spend the day with my two sons and my wife. That’s the good stuff that makes all this worthwhile.

4 thoughts on “Happy Father’s Day to me!”