I’m scared to go into my shop. I think there may be SOMETHING in there!

It all started when I was cutting parts for my rocking horse project. Everything was going to plan, and it looked as if the project was going to be done with absolutely no issues.  I had to cut the last piece of the project, and I went to the band saw to make that ceremonial last cut. I turned on the saw… it made a funny shudder…

And I let out a blood-curdling scream! 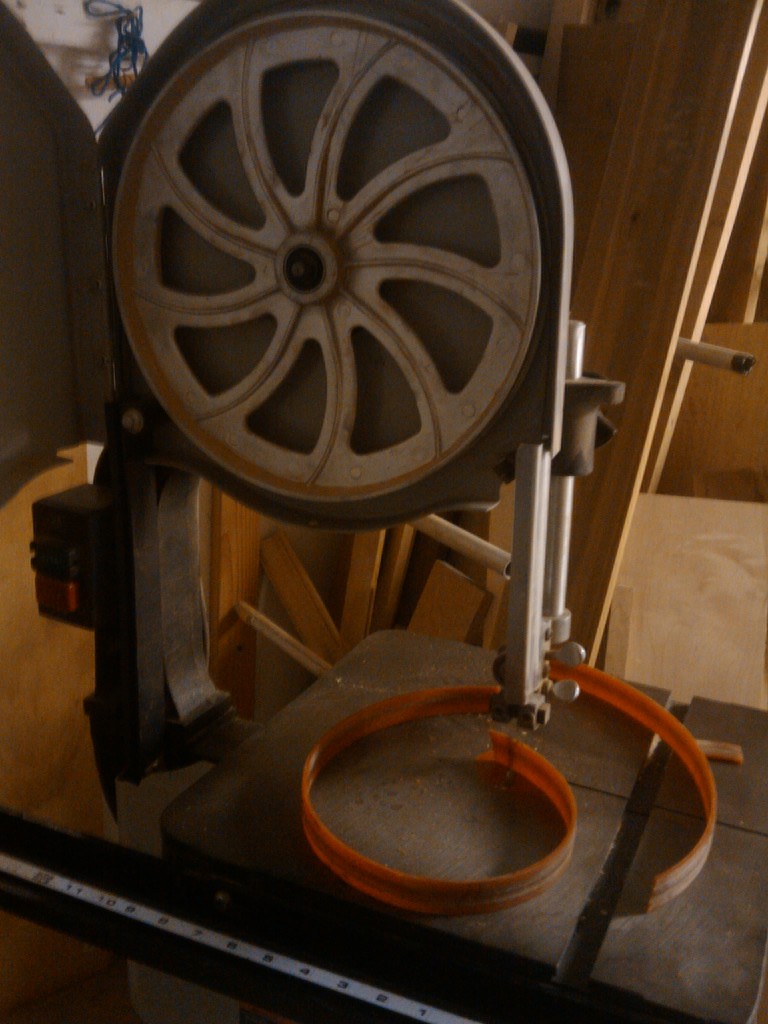 The upper wheel spit out the blood-red remnants of its stock urethane tire right onto the table!  This was worse than that scene in that horror movie where that guy with the knife attacks those young co-eds who take too many showers for their own good…

Those red clots of belt on my saw were terrifying to look at. Fortunately, rather than grab my wife and go kissing out in the woods far away from the other campers, I had a better idea.

I scooted up the highway to the local woodworking shop and bought a new Carter urethane band saw tire. Of course, I checked to make sure the coast was clear when I got to the shop, and I broke out a bowl of hot water with a little dish soap in it (per the instructions). After just a few minutes, the new tire was slack enough to stretch over the wheel’s rim and slip on. 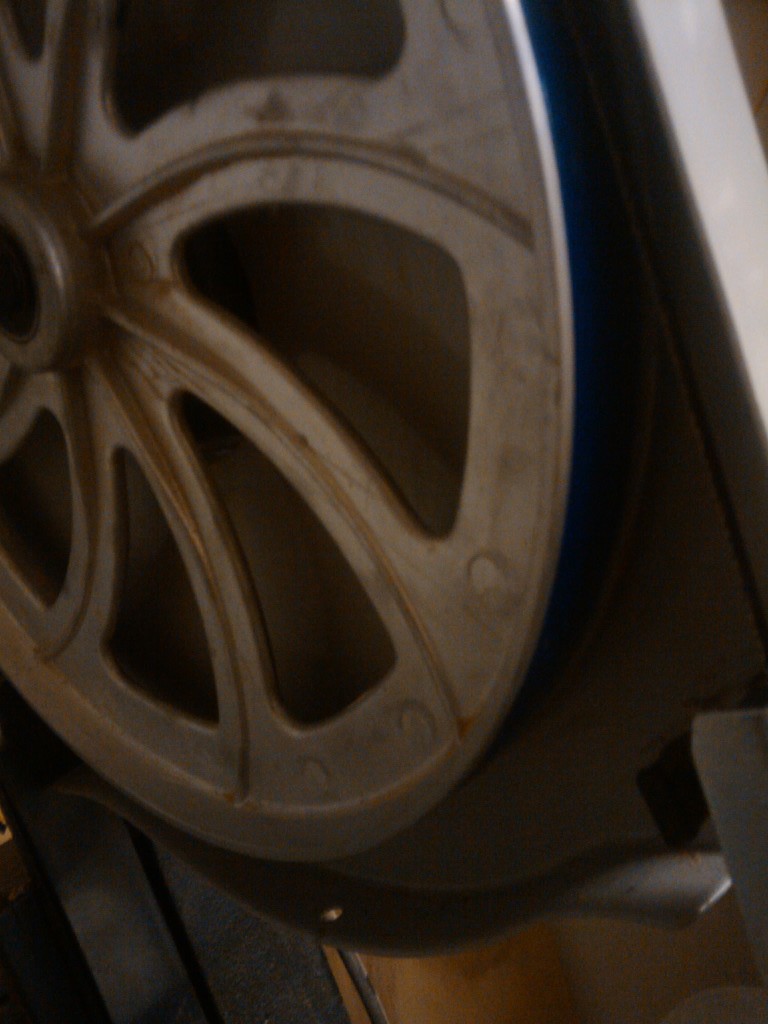 After just a little adjusting, I got the tire centered on the wheel. I let the tire cool down for a good hour before resetting the blade. Now, well, it looks awesome and works just like before the slasher went psycho on the original tire.

Now, I just need to sleep with one eye open lest that horrible slasher comes calling again. Fortunately, I think the threats from ghouls and goblins will be over after tonight’s Trick or Treating.

3 thoughts on “The slasher strikes!”