Last week, a computing pioneer passed away. Steve Jobs, co-founder of Apple Computer, succumbed to the pancreatic cancer he had battled so bravely for the past years. His vision helped to revolutionize computing, music, phones… a lot of what we take for granted today. 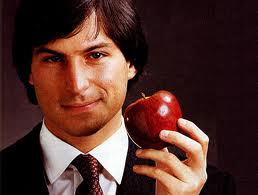 While he is being memorialized, many of his more famous quotes are being posted on the Internet. Some are inspirational. Some are snarky. Some are full-on competitive. And, then there’s this one, which seems aimed at the woodworking community.

Of course, if Steve Jobs was going to build a piece of furniture, he would probably make an app for that.And, I get the point he was trying to make – that if you are going to invest the time and effort into building something beautiful, don’t use ‘inferior’ products and methods to finishing things off.  But, this quote did make me stop and think about the work I do in my shop. 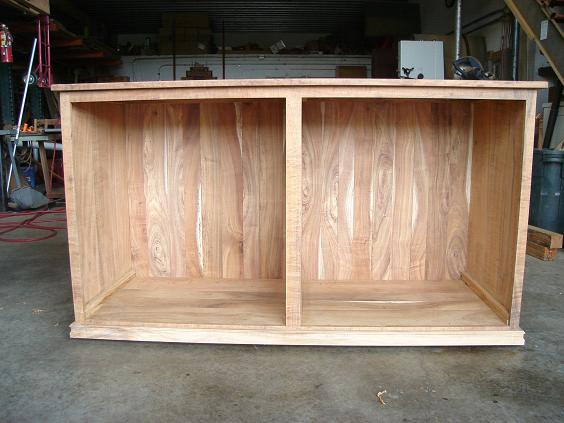 No one is going to deny that nothing quite captures the beauty, depth and richness of solid wood other than solid wood itself. And, when it comes to building certain types of woodworking projects, there is nothing quite like solid wood. Small boxes that can be picked up and handled?  You bet. Pieces that will be opened and examined closely… sure.

And, I have no issues with the plywood that Jobs pointed to as substandard. The cabinet grade plywoods I use for higher-end cabinet projects costs upwards of $100 a sheet. In effect, it is stacked, glued up veneer instead of a crud-filled piece of sheathing. So, I would feel fine going with plywood on a project.

But, the spirit of his quote  – do you put the same level of care into the hidden parts of your projects as you do into those that are seen? You know, I don’t always. And, that’s something that was once referred to as Mudflapping.

If you have ever driven behind a truck, you will notice that some drivers love to embellish their rigs with fancy looking accessories. High end paint jobs. Fancy chrome. And, if you look down at the wheels, you will often see fancy mudflaps. Sometimes sporting the chrome silhouette of a nude reclining woman. While they make the rig look snappy, these flaps serve a utilitarian purpose – preventing the dirt on the road from being flung backward toward the cars behind the truck. So, as you can imagine, the inside of these snazzy looking flaps is just ugly and covered in mud.

When I know the piece I’m building is going to be permanently attached to the wall, I won’t do a darned thing to finish the piece. There’s simply just no reason to. The home office setup I built last year for my friend Paul was built from a series of boxes, and when they were secured to the wall, no one was going to see them. Ever. I guess maybe when they get ripped out 40 or 50 years from now, but no time soon. The unfinished backs were the perfect place for me to write notes about where they were going to be placed, what was going to be stored in there and if I had to do anything special to accommodate wires or other electronics. 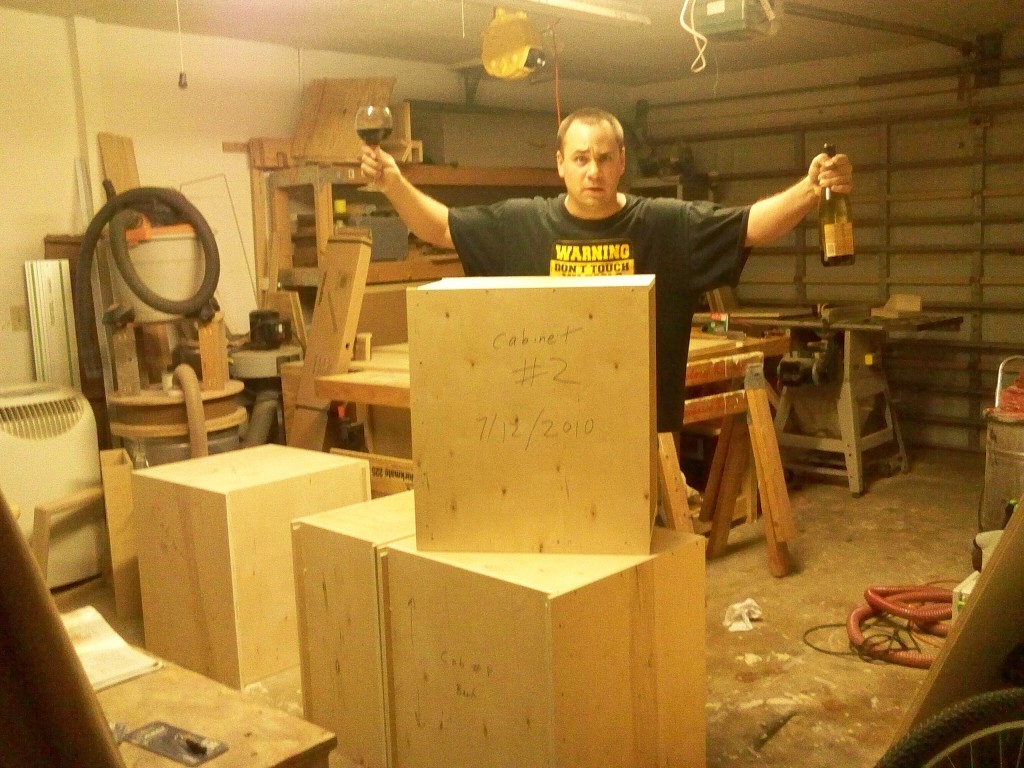 For projects that are going to be seen ‘in the round’ – from all directions and angles – of course I take the time to carefully finish all sides. Everything gets sanded down to 180 grit, planed or scraped, sealed and finished. You never know where or how the piece is going to be used, so it’s best to go on the side of caution.

However, there is a case in which I need to more carefully consider my finishing regimen.  For the recently completed stair-stepped bookshelves, I carefully finished the ‘front’ side of the piece. I sanded it carefully, applied the gel stain, buffed it down with some 400 grit paper, applied the wipe on varnish, re-buffed and wiped on a coat of wax. It looked really nice.

The only problem was that I didn’t put the same level of care into finishing the back. I wasn’t quite as careful in the sanding, applying the stain or the finish. My thought was that the piece was going to be pushed against the wall, it wasn’t going to matter much.

What I hadn’t counted on was that the client was having her walls painted. So, she had the two shelves out in her living area. And she had to look at their backs until the painting was done.  So, she asked for the can of stain, and was going to apply it herself.

D’oh! Never something you want to hear about your work once it has been delivered. In this case, mudflapping was NOT the way to do things… And it provided me with a valuable lesson.  After all, if you are going to be following me on this blog, I can’t be flinging mud your way!