So, with my recent illness, I spent a goodly portion of my holiday weekend lying on the couch watching TV. And, the only thing drifting through my mind most of that time was Bruce Springsteen’s  song from 1992’s Human Touch album entitled 57 Channels (and nothin’ on). (Yes, mom, I finally got a Bruce reference in for ya!)

Fortunately, I had a few other diversions to occupy my time. I read a book about the Apollo program, brushed up on a few tool manuals I had neglected to read and I surfed for online movies.  Yup, I was putting my Netflix subscription to the test!

Love ’em or hate ’em, Netflix is one of the largest players in the online DVD rental and streaming video world. And, as I glanced through the offerings, there was plenty of material to choose from. Action movies. Sci Fi. Comedies. Classics. While I was searching for movies, I came across one called Julie and Julia I had seen last summer. This 2009 movie told the story of Julia Child as she struggled to interpret archaic French recipes, and the story of Julie Powell, a blogger who set out to cook every recipe in Child’s classic work Mastering the Art of French Cooking. 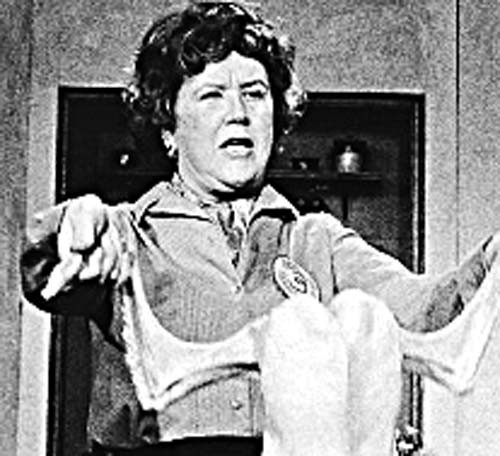 Why did this movie stick out for me?  Well, as far as I can tell, it’s the only movie that is based around the struggles, trials and successes of a blogger.  The other part was the towering achievement Julia was able to make reality. The movie showed in great detail how this one time OSS operative (Yes, she was a spy!) during World War II had to struggle to merely be accepted as a student at the prestigious La Cordon Bleu culinary academy.   Her work in bringing these arcane cooking techniques to American kitchens was a seminal moment for home chefs and foodies. Yes, people who list cooking as a hobby owe much to Julia’s determination.

Why bring this up?  As you can imagine, there are many lessons that a woodworker can learn from Julia Child. For instance: 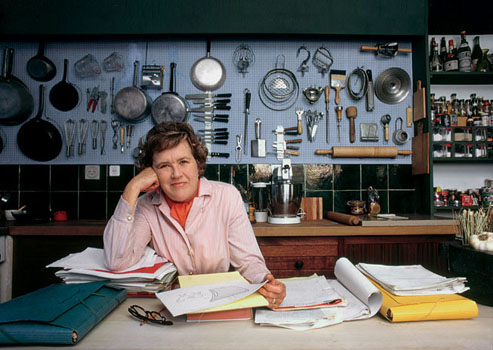 As for me? Well, I’m more of an Italian food guy myself.. but, I’m giving serious thought to changing the approach I take to my work. Ya know, that French chef really knew her stuff.