OK, so I’m getting ready to build this bookshelf project for a co-worker of mine, but I’m having a big time internal debate with myself. The design is fine, and the client is excited to get started on the project.

But, I am torn.  You see, I have been giving the joinery on the frames a lot of thought. You see, each side is going to be a four-sided frame that will be 18 inches wide at the bottom tapering to 12 inches at the top. There will be four pieces on each of the sides – a 90 degree back upright, two rails and an angled front stretcher. Each shelf unit will have two frames, and there are two bookshelf units in this build, making a total of 16 joints.

What I’m having trouble deciding is how to join these joints. I am trying to choose between a mortise and tenon joint and a dowel joint. 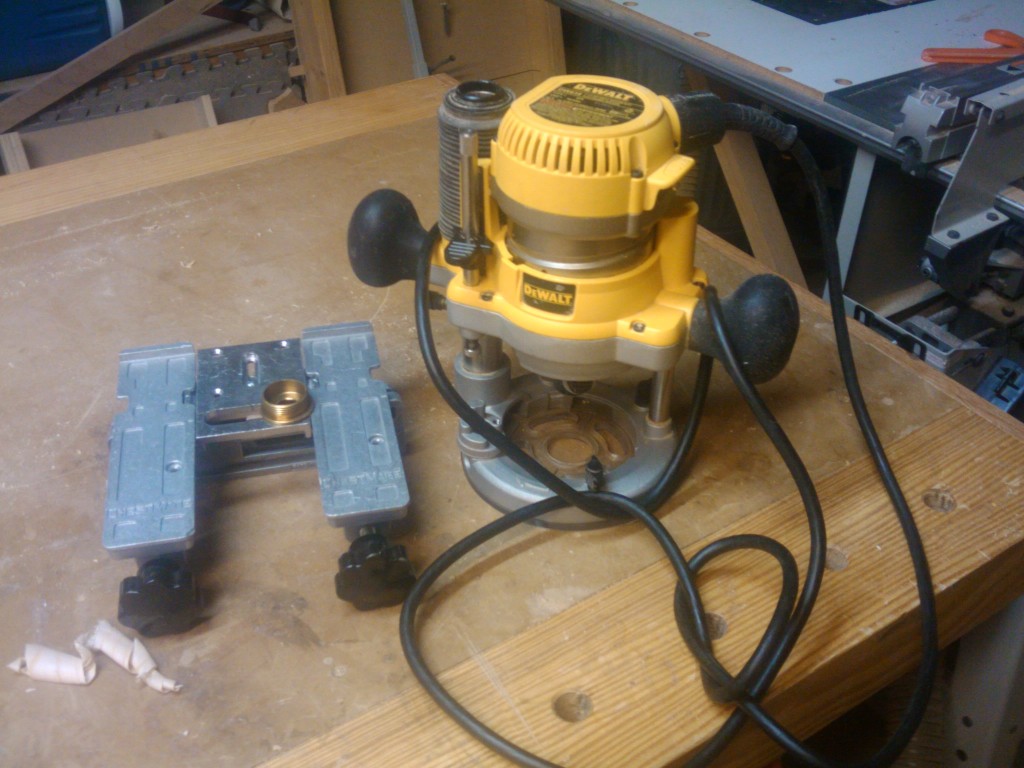 In this corner, there’s the mortise and tenon team. My plan – if I choose to go this route, is to cut mortises into the cross rails at the top and the bottom of the piece. I have a Prazi Chestmate jig with the special mortising template inserted, and I would need to use a plunge router with a 5/8″ guide bushing and a 3/8″ up spiral bit to plow the mortises. I would also need to cut tenons on both ends of the uprights – 90 degree tenons on both ends of the back rails and angled tenons on both ends of the front rails.  Probably using the nibbling technique on my table saw. I would cut them a little thick and plane them to final size with a shoulder plane to sneak up on the perfect fit.

Working in favor of the mortise and tenon is the tradition of the joint.  It’s a stout joint for this kind of application, giving lots of glue area. Against? Well, it’s a bit more complicated to do this kind of joint especially with the angled tenon to fit into the mortise. There’s also a bit of fussing to get the size of the tenon perfect – I have (on more occasions than I care to count) cut the tenon too thick to start, and then pushed it to too thin.  Grrr….. 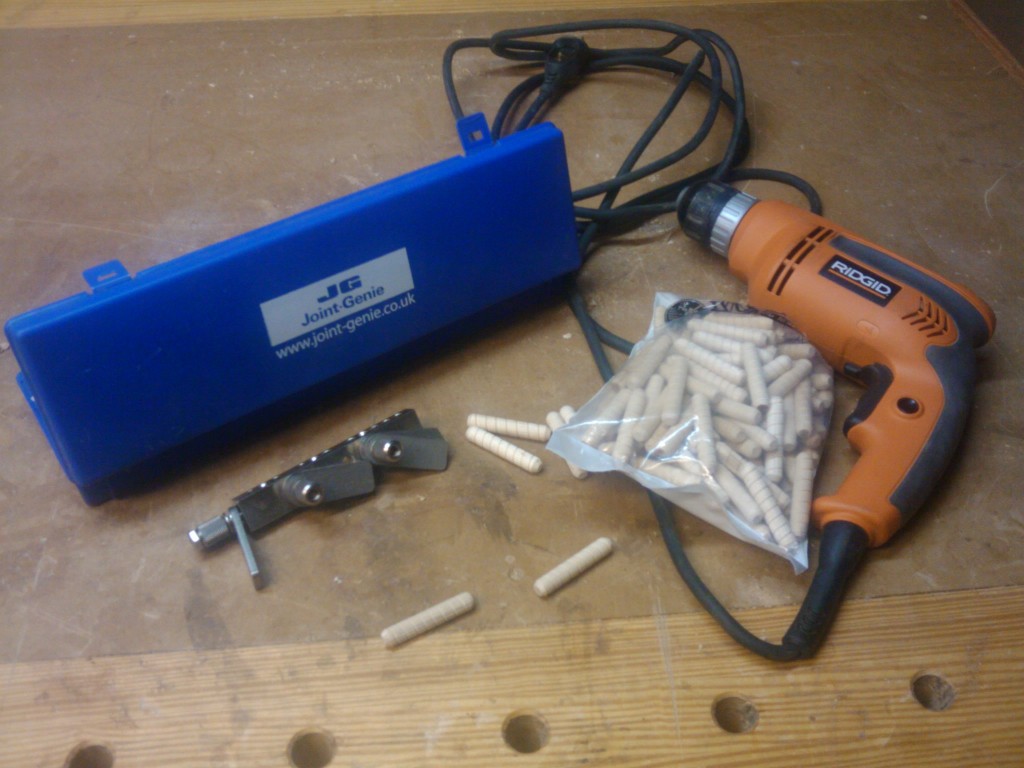 In this corner is the dowel team. Here I would use my corded drill and my Joint Genie doweling jig to precisely drill for three 3/8 inch, 2 inch long spiral dowels per joint.  Bippity, boppity boo, and I’m done with all 16 joints in probably less than an hour.  Using this method, I could ignore the angles – drilling at 90 degrees to the edge of the top and bottom rails and 90 degrees to the mating surface of the uprights. The 3/8″ dowels would be the same width of the tenon I was planning on cutting.  It’s another traditional joint that I have seen used for some heavy-duty joinery by Norm Abram and James Krenov.

The downside of dowels I have heard time and again is that they aren’t a heavy-duty kind of joint. There have been some Wile E. Coyote-type tests done to demonstrate the strength of dowel joints vs. that of mortise and tenon joints.  The testers used strain meters, bathroom scales and other high-end technical tools to measure the failure point of each joinery method.  And, their results  – expressed in foot-pounds, newton-meters or some other measurement scale – show results that are all over the place.  Heck, the earliest I have seen this debate was back in an October 1979 edition of Popular Science, where they basically claimed that the two joints are at a dead heat.

While I’m making up my mind, I’d be interested in hearing what your thoughts are on the topic…

7 thoughts on “On the horns of a dilemma”