My woodworking world was rocked when I discovered cope and stick bits for my router.  Instead of trying several convoluted methods of cutting and attaching rails and stiles for cabinet doors, I was able to use two matched bits to cut everything. The pieces slid together snugly and the inside bead around the panel was something to behold. 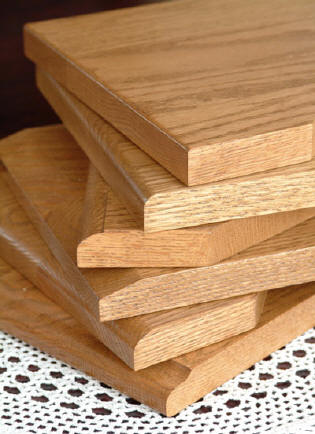 The only problem I began to notice was that while the inside of the doors was pretty, the outside edges were just plain Jane. I noticed the same thing on the tops of the tables I built – there wasn’t much in the way of ornamentation.

“That’s a common design flaw for beginning woodworkers,” said Dan Walter of Eagle America.  “It’s so important to tackle the more complex joinery, but easy to forget that there is an outside of the project that people will see as well. It’s a shame, because the additional detail can take a basic project and really make it noticeable.” 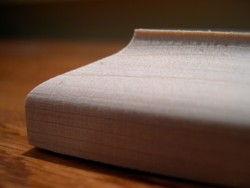 So, what’s a woodworker to do?  “It’s easy to do something like put a roundover on the edge, but why not try something an little more complex?” Profiles that feature numerous coves, roundovers and steps provide much more visual interest, but do some other things for the project as well.

“They tend to make the doors and table tops a whole lot more durable.  Sharp edges on woodworking projects – especially ones that take a lot of abuse like door edges and table tops, can easily be damaged by a sharp blow.  By rounding them over, you create an edge that’s less likely to take a sharp knock, and any force that is applied tends to be more of a glancing impact.” 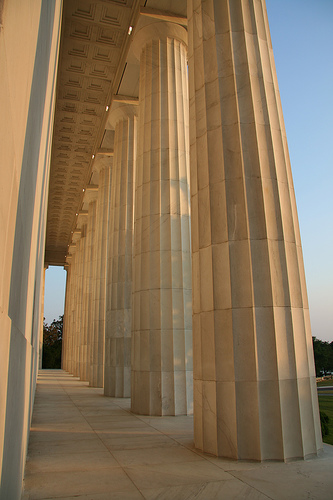 Dan also went on to describe one of the more visible aspects of woodworking – the play of light across the project. “Shadow lines on anything give the piece a more stunning impact.  Think of the monuments in Washington, D.C.  The fluted columns around the Lincoln Memorial are very intricate, and the way they cast shadow on the while marble casts striped shadows on what would otherwise appear as brilliant white columns. A fillet – or step – on the molded edge of a table top does the same thing, making your project stand out a whole lot more.“ 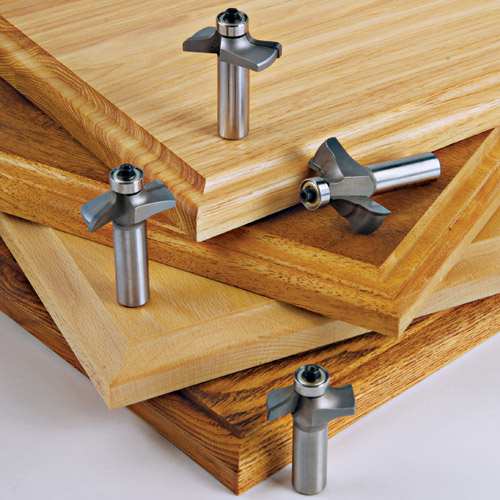 Eagle America has a great deal on one of their most popular four-bit sets for creating table or door edges. “We put together these bits to give woodworkers the opportunity to create some dramatic effects at the edges of their projects. With these bits, you can choose from the simple to the complex, giving you the opportunity to pick the perfect edge to suit your project’s style.”