So, I have been in Atlanta at the National Hurricane Conference this week, and as always, the conference has been a great learning experience. I’ve moderated a number of panels and taught a few classes about public information and getting ready for the upcoming hurricane season.

But, no, that wasn’t the most surprising attraction.

Well, maybe it was the other tourist-based venues I had a chance to take in. The World of Coca Cola was a huge hit, and I enjoyed the nostalgic look back at one of the world’s most popular beverages.

But, no, that wasn’t the most surprising attraction in town, either. 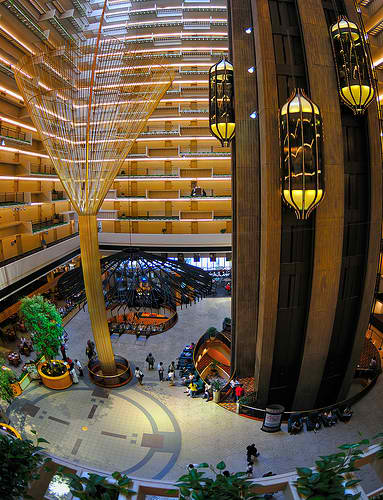 No, I experienced that when I checked in.  This year’s conference is being held at the Hyatt Regency here on Peachtree Street in downtown Atlanta. The hotel, opened in 1967 was designed by John Portman.  It was the first in the world to be designed around a massive inner atrium, and features high-speed glass elevators rising to the 22 floors of rooms.  While is massive scale and architecture was impressive, it paled in comparison to the major improvements being undertaken in the lobby – including the lowly furniture. 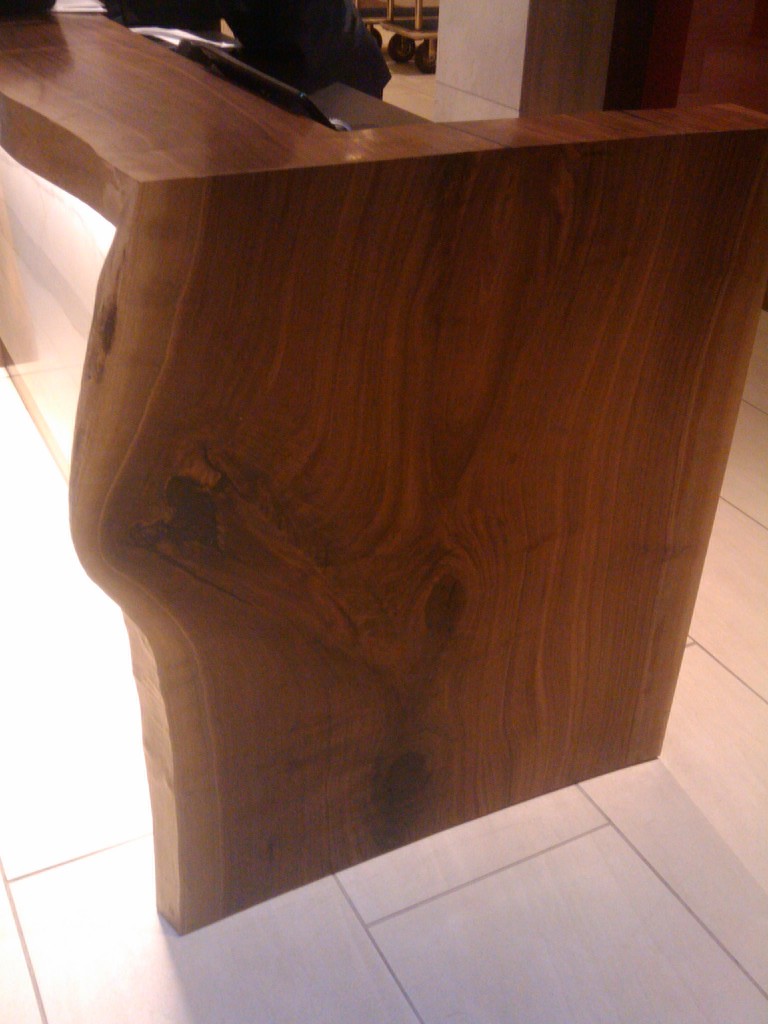 The bell and concierge desks as well as the valet stand – at first glance – looked like some interesting thick wooden laminate.  That was until I walked up to them and felt the live edges. It turns out that the folks planning the renovation of the lobby turned to woodworker John Houshmand to craft all of the desks out of large, live-edged slabs of black walnut. 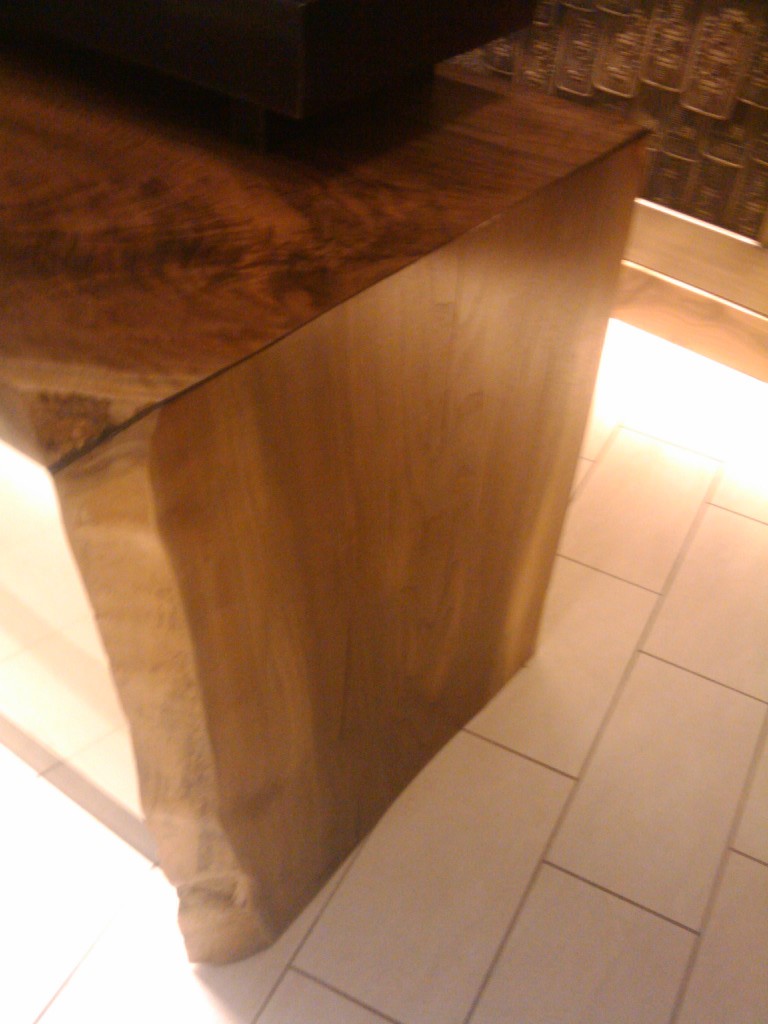 Each is crafted of slabs nearly two inches thick and up to two feet wide.  They are mitered at the corners, eliminating the need to look at edge grain. The figure and grain pattern in these boards is awesome, and I have spent plenty of time in the open lobby standing at the check in desks snapping pictures like a fool.

While searching around on the internet, I came across a pair of videos about the project.

On the first video, Houshmand is interviewed about how he sourced the wood and how he built the projects.

This second video shows a representative of the Hyatt hotel chain talking about the renovations and what work is being done.

Here I was thinking that there would be no woodworking this weekend.. and look what I found!