OK, I’m gonna come right out and say it… the Kodak Zx3 is a totally rocking video and still camera. But, it’s lack of ability to attach an external microphone is a HUGE problem when you are trying to show how you can turn a pen while standing in the middle of a busy and noisy woodworking show hall. 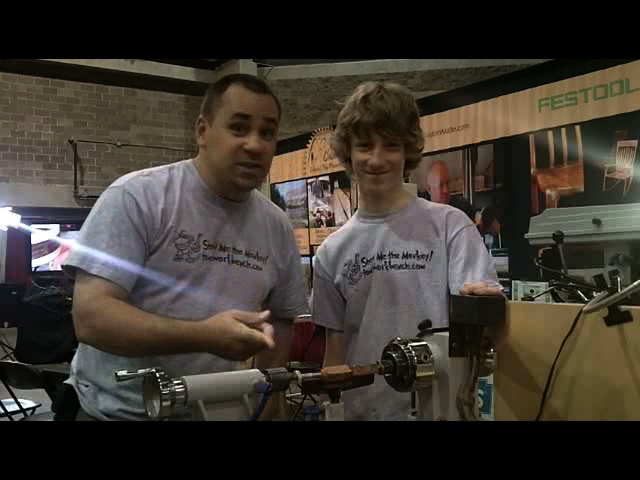 Fortunately – while you can’t hear anything – at least you can see me turn my first pen on a lathe. Rather than make you strain to hear the discussion between me and Tano Chickwick, I’ll grab some stills to show you how it went.

Tano’s setup is pretty cool –  a mini Delta lathe attached to a rolling stand.  We used a bowl gouge, a skew chisel and an assortment of sandpaper grits to get things into shape.  Tano had taken the liberty of drilling the pen body and gluing a tube inside two pieces of bubinga. They were put in the lathe on a threaded mandrel with spacer bushings separating the pieces. 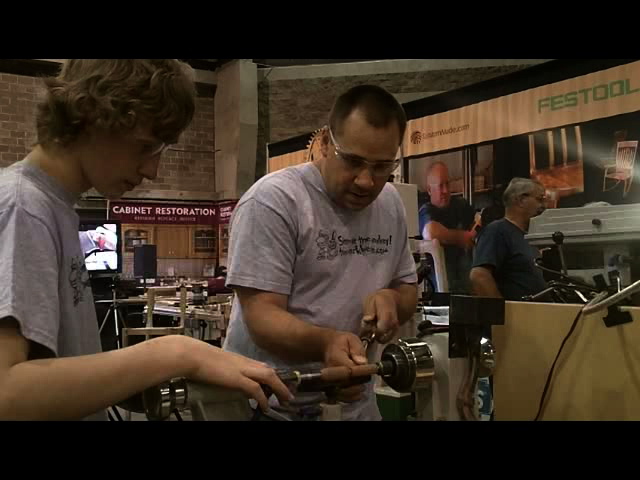 Once things got spinning, Tano put the gouge in my hands and let me go to work. The going was kind of tough at first, since the gouge was working against the sharp square corners of the blank. Before too long, things got a whole lot smoother.  Tano kept reminding me that the critical dimension to hit was the diameter of the spacer bushings.  This way, the wood would blend with the pen’s ring, tip and clasp, making for a very smooth feeling pen.

When things were close, I turned to the skew chisel. The tool was a whole lot tougher to handle than the gouge… I kept wanting to hold the handle too low, afraid the cutting edge would grab and flip the tool out of my hand.  With some patience and a whole lot of coaching, I was able to slice a finer finish on the pen and get everything to the right dimension. 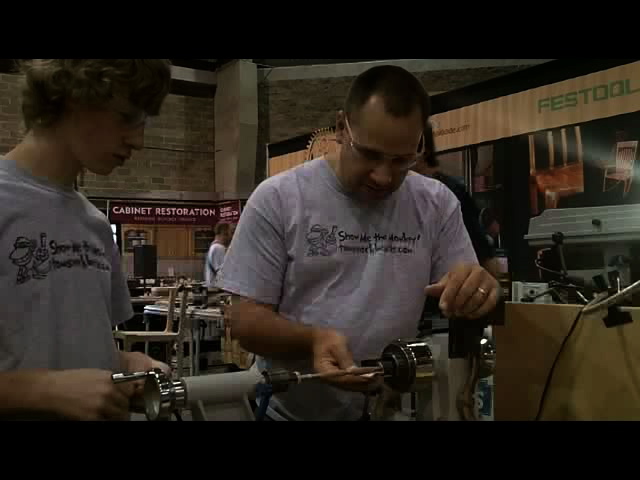 Next up was sanding.  No, this kind of sanding is much easier than sanding a larger project… it’s hard to get a piece of furniture to spin on the lathe and let it rub against the sandpaper!  We started at 100 grit, then did 180, 220, 320, 400 and 600.  Hold a piece of sandpaper against the piece with the lathe running and bingo… sweet sanding.

Once we rolled through the grits, Tano stopped the lathe and hand me sand the  piece from top to bottom. This way, there would be no cross-grain sanding scratches. 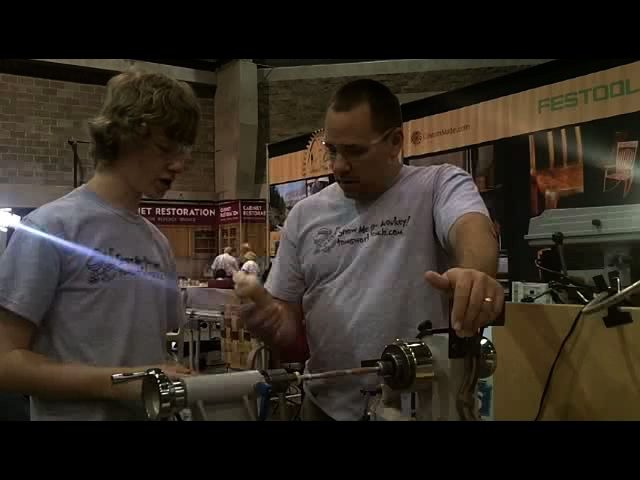 From there, we brought out the friction polish. A little squirt on some paper towels, the lathe went back on and I moved the towel from top to bottom while the piece spun. The moment the  polish hit the wood, I got excited. The color on the bubinga was incredible and successive coats just make things look better. A glob of Renaissance Wax was smeared over the pen body and a little more buffing made the piece glow. 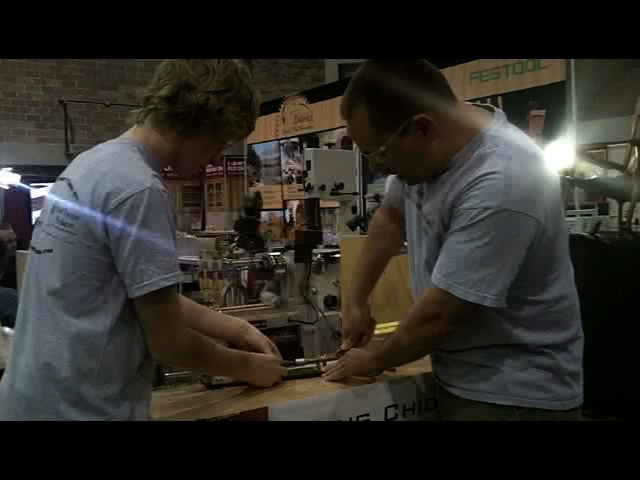 After this, we pulled the pen body off the lathe and the pieces off the mandrel. We moved to the front of the bench where we had a pen press waiting.  First, the tip was pressed into the bottom of the pen, then the clasp into the top of the other piece.  The fit on these pieces was very tight and the pen press proved to be an essential tool.  The pen’s transmission went into the top of the tip segment of the body and was pressed home (Of course, I had to ask if it was a manual transmission or an automatic transmission… shesh). From there, an ink barrel was installed, a gold ring went over the transmission and the two pieces were hand pressed together. 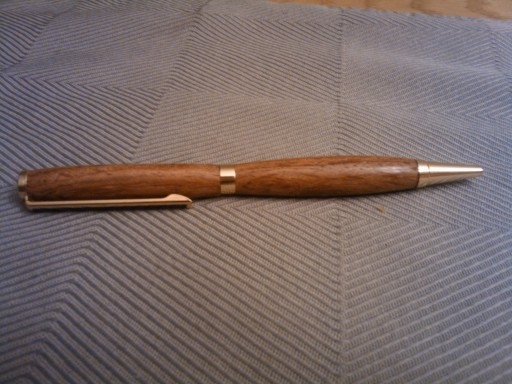 Stop the clock. A total of – maybe – 25 minutes from blocky blank to sleek pen. I’m not sure, but with this proper coaching, I think I could be convinced to get into a lathe and try my hand at making some more.  After all, the holidays are only about nine months away… it’s never too early to start thinking gifts!

3 thoughts on “My first pen”