No, I didn’t have a near accident in the shop.  And, no, this isn’t technically about sharp tools you find in a workshop.

Today’s post is instead about my personal grooming habits.  Disgusting, isn’t it?

Rather than bore you with my choice of toothbrush, deodorant or foot powder, I’ll tell you about my new razor for shaving. After 26 years of searching for the perfect cartridge shaving ‘system’, I’ve gone back in time to start using a double edged safety razor.  A Parker 22R twist to open model with Wilkinson Sword stainless blades. 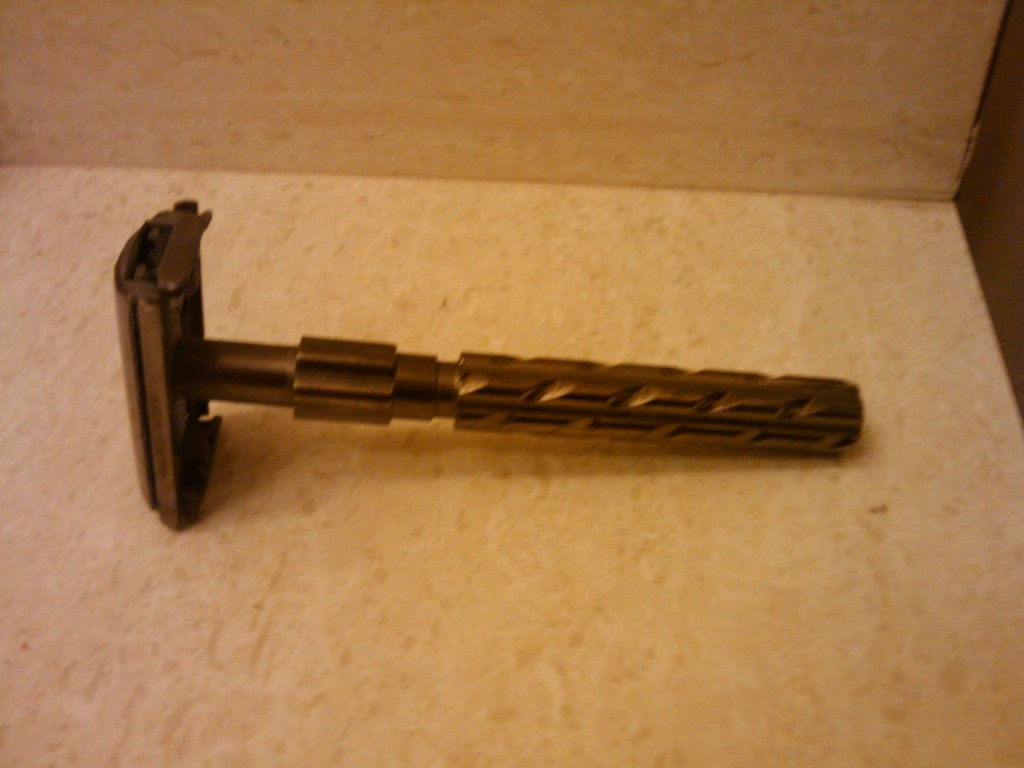 Maybe it was my quest for a closer shave with less razor irritation. Maybe it’s a nostalgic bent to use the same kind of razor my grandfather used before he went out to deliver milk from his dairy in Fairview, New Jersey.

Actually, it was because I can get a mountain of high-quality blades for dirt cheap when compared to those 3, 5 or 7 blade cartridges.

Before I took the plunge, I did my research. There are plenty of articles that wax poetically about the advantages of using this kind of razor. There are many how-to sites that tell you the best way to use the razor. And, I discovered a woodworking connection in how razors like this were made in the first place.

Flash back to Paris, France in 1762.  Back in the day, the only way to get a close shave was to use a straight razor.  These consisted of a handle and a pivoting blade of the finest and sharpest ground steel you could get. While capable of giving an unbelievably close shave, they are also quite capable of slicing off a chunk of ear during a moment of distraction.

One of the folks making these straight razors was Jean-Jacques Perret, a cutlery maker. While thinking of how he could improve the razor, he had a moment of inspiration after watching the workings of – of all things – a carpenter’s plane. (Interestingly, he was a contemporary of famous carpenter and bench designer André Jacob Roubo.) 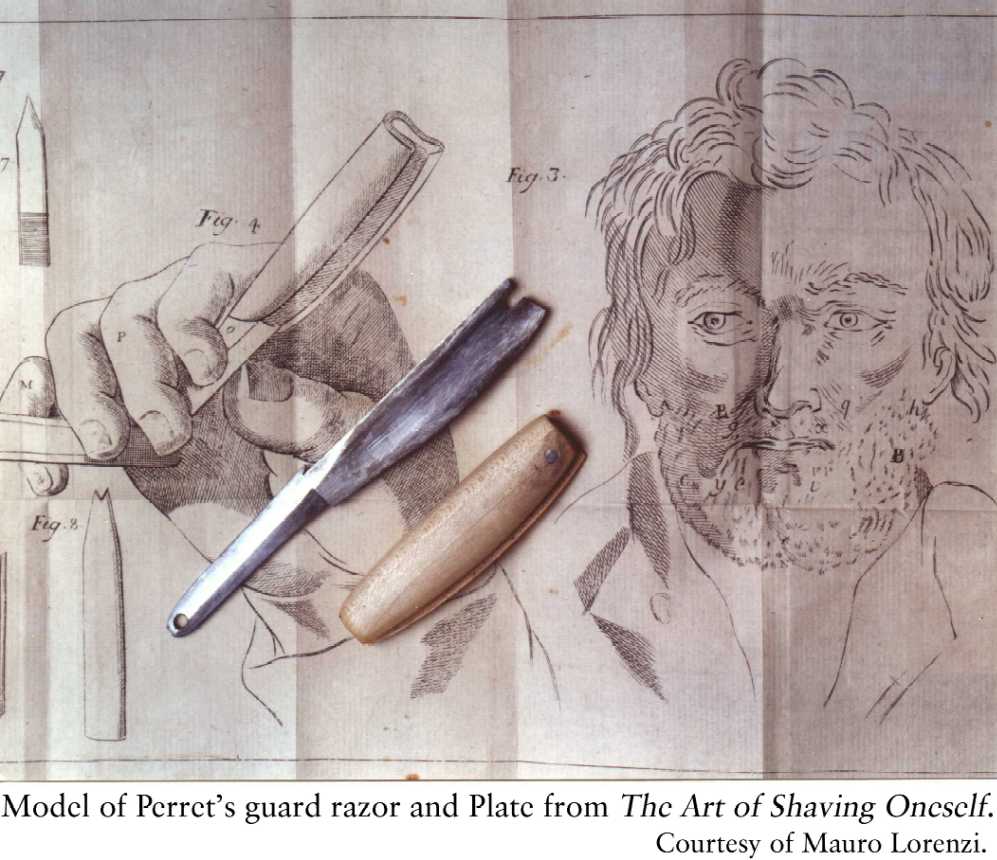 In 1769, Perret wrote his book – which sounds like a totally awesome read – Pogonotomy or the Art of Learning to Shave Oneself.  In this riveting master work, Perret described a safety device he had worked on that would work with an existing straight razor. It was a wooden sleeve that wrapped around the blade, exposing only a small amount of surgically sharp edge to the skin, making any slip a little less painful. He called this device a rasoir à rabot, or a plane for the beard.

While Perret’s design didn’t take off, later developments by the Kampfe brothers and – more famously – by King Gillette, brought us disposable blades that didn’t need to be honed or stropped. Gillette, who won the contract to provide razors for soldiers being deployed overseas during World War I, was able to create a market of users when these young men returned from the trenches.

The safety razor reigned supreme until 1965, when Gilette introduced the Techmatic cartridge based razor. With effective promotion and marketing, the race to build the perfect cartridge razor was born. And, I bought into it hook, line and sinker. I had the daily razor irritation – and the lighter wallet – to prove it.

Now, not only have I changed razors, I have also gone to a tube-based shaving cream that I whip into a lather with a shaving brush. The stuff is luxurious, and a $10 tube lasts about a month and a half. It’s also given me an excuse to break out the Woodworking Superstar mug my kids had gotten me for a Father’s Day a few years back. 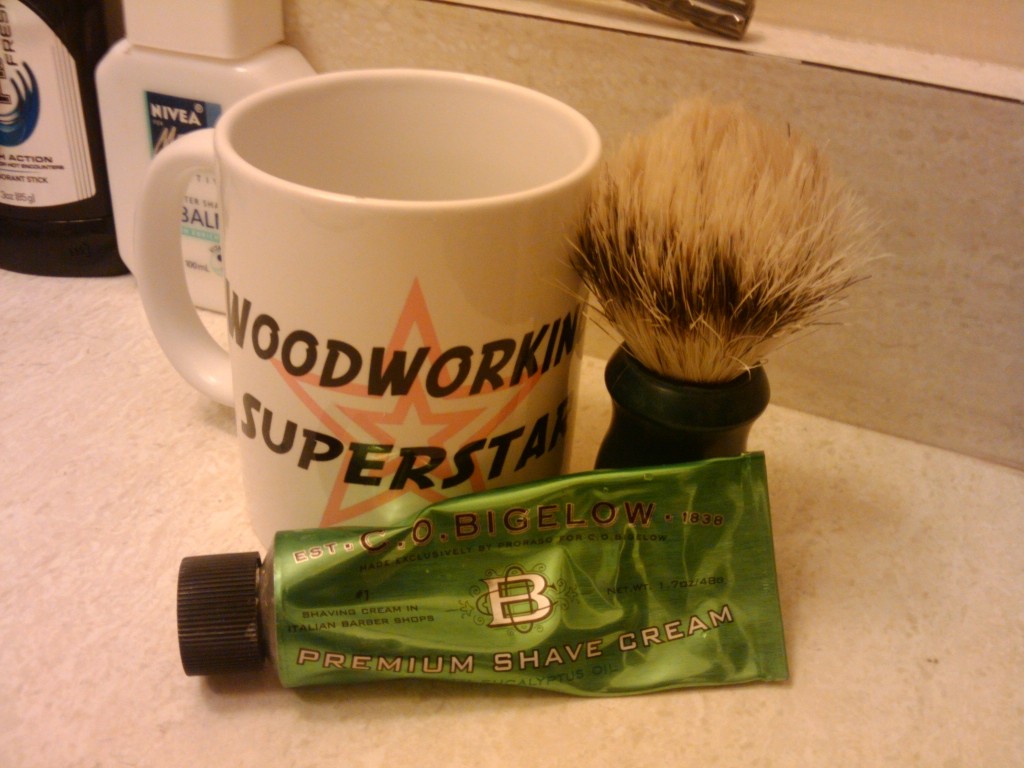 I have to allow a few more minutes for shaving in the morning, but that is offset by the clean results and the total lack of irritation afterward. Plus, it feels kinda cool to shave the way General Eisenhower did while at his European headquarters or how John Glenn shaved the morning he launched into space on Friendship 7.

In case you are curious about how to shave with a safety razor, here’s a great article from The Today Show about how the process works with some awesome tips.

12 thoughts on “A close shave”