So, my buddy Lou finally picked up the CD/DVD rack I had built for him. He was supposed to come over during the Independence Day  weekend to retrieve it, but we had some incredible amounts of rain. Seriously. I guess we are now in our rainy season, because my rain gauge with a six inch capacity was overflowing during those heavy rains.

Since I posted  shots of Lou’s project, I had gotten some input from other folks out on the web as to how I could have maybe done a little better. “Those raw plywood edges look cheap, Tom. We expect better than this from you!” Hey, that’s how the client wanted it!

Many of the suggestions offered focused on how to apply wood edging with brads and glue, dowels and glue, biscuits and glue, stepped rabbets and the works. I’ve seen suggestions to iron on an edge tape or cut my own edge tape from the plywood’s veneer itself. While these suggestions are all time tested and work fine, the one that Tim Walter over at Eagle America offered was something that I had never even considered. “Tom… get with the times! We’ve offered two styles of edge banding bit sets for years, and I have a feeling they may have given you a better option.” 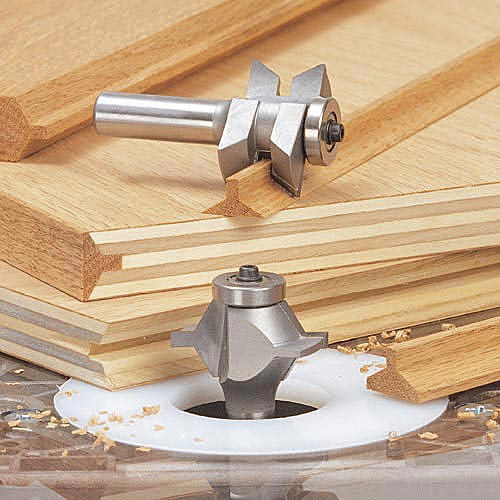 Instead of attaching these facing elements with some kind of fastening system, Tim was referring to cutting a continuous interlocking joint that integrates the pieces. “You don’t have to cut biscuit slots or drill dowel holes. And, you don’t need to use screws or brads. Can you imagine your friend staring at brads when he selects a CD? Can you, Tom?”

OK, Tim, I get it! But, why not just use glue and clamps alone to attach the hardwood edging? “You really want to be careful about the edging getting out of alignment during the glue up. Sure, you could try to sand it flush if the glue up comes out all out of whack, but the possibility of sanding through a thin plywood veneer face is just too great.” 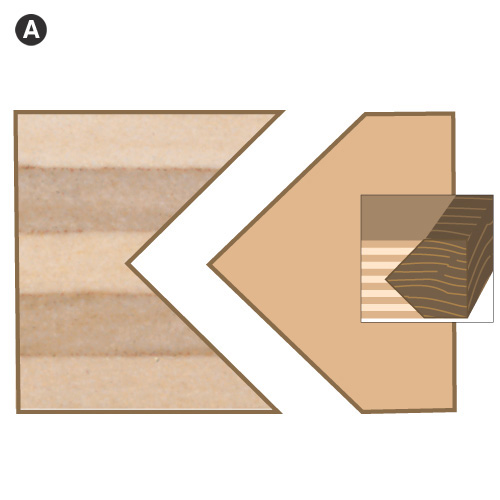 Good point. Tim also brought up another point- if I wanted to put a fancy profile on the edge band, the hardwood edge allows for routing a wide variety of profiles. “With this system, you won’t run the risk of hitting a fastener, which would spoil the look. And, hey, it’s the little details that mean so much.”

Of course, using these router bit systems does require some additional care when you use them. “You really want to make sure that the work is held flat to the table. Featherboards are great accessories to provide that downward force when pushing the work past the bit.”

Plywood is a very useful material when building casework. Bits such as these provide an interesting way to help make plywood an even better choice for projects I’m planning on building in the future.

3 thoughts on “The Slicker Way”