I work with this guy named Lou.  Lou is a pretty darned worldly guy.  He’s the kind of cat you would expect to find trekking the Andes by himself.  He’s the dude you wouldn’t think twice about if he was called up on stage to jam with a fusion jazz band.  He creates beautiful stained glass pieces in his living room.

In many ways, he reminds me of the character in the Dos Equis beer commercial – the guy known as the Most Interesting Man in the World. 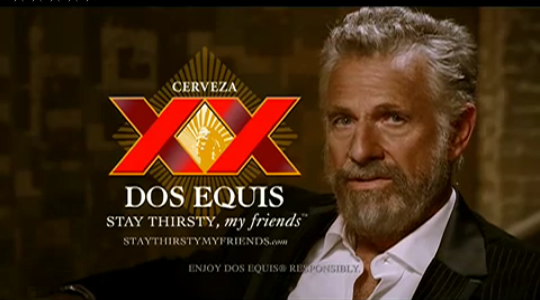 Now, you’d figure a guy like Lou would have a plush home with zebra-skin covered sofas, but, no, Lou is a very practical guy.  He spends more time kayaking the mangrove estuaries looking for rare birds than worrying about his home furnishings.

I discovered this about Lou when he asked if I could build him a rack to store a portion of his large CD and DVD collection.  “I want something plain … nothing fancy.  Don’t  put any of that fancy cabinetmaking mumbo-jumbo on this piece, OK.”

So, I had to come up with something that would have that certain kind of ‘industrial’ quality but be well designed.

This is what I came up with. 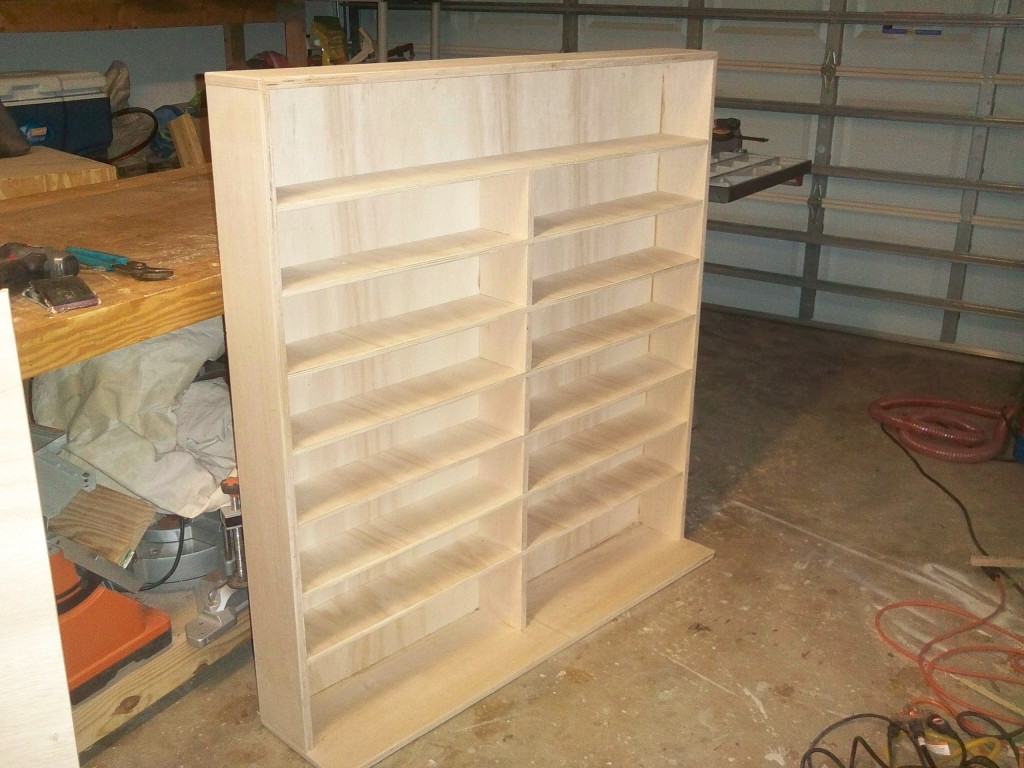 It’s a pretty large piece.  Made of nearly two sheets of plywood, it has a number of shelves for storage of CD/DVD cases. I used pocket screws and glue to hold it together. My plan was to face the edges of the shelves, but Lou was clear… “Don’t you do anything fancy on that.  Unfinished plywood edges are fine with me.”

Oh, no… that meant I couldn’t use a face frame to help support the shelves.  So, I added the central supports between each shelf to keep the long, narrow shelves from bowing.  I sanded those edges as cleanly as possible and broke the edges so they would be smooth to the touch and wouldn’t splinter.

Right now, it’s still in my garage.  But, Lou has seen a photo of it and said he likes it.

And, when he’s done with his latest safari-at-home adventure, he said he’s going to come to my house to strap the piece to the roof of his car to take his trophy home.