Asking a woman how far along her pregnancy is, and being told that no, she’s not pregnant.

Attending a dinner party at a friend’s house and remembering – right at the front door – that it was actually your friend’s birthday and you forgot to bring a gift.

And, then there’s this awkward corner in my home’s front living room.  It’s a beautiful room with three large windows looking out over the front yard.  There are two solid walls that allow a great place for our uber sweet motion sectional sofa.  And, of course, the ‘fourth’ wall is actually the opening that gives our home a roomy feel.

This means that there is just a very small corner between the windows and a short return wall to place a TV.  Not a lot of space to do anything.  When we were shopping for the house, the former owner used a low entertainment center just placed cocked into the corner.  Very clunky.

When we moved in, we found kind of a semi-circular small TV stand that fit into the corner a little better, but not by much.

What we needed was a piece of furniture.  Something that would fit the corner and hold the TV and much more. 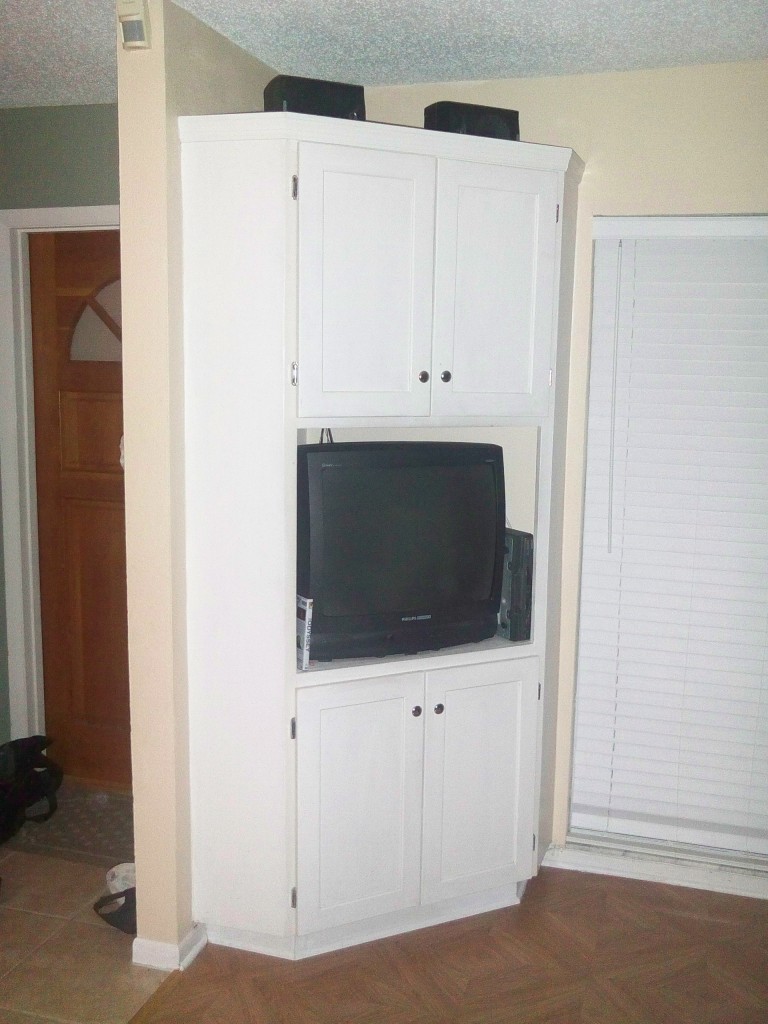 So, this was my solution.  It’s a built-in corner entertainment center that was built as a piece  of carpentry instead of furniture.  The heart of this project is a series of cleats ripped from 2×4’s and screwed to the walls.  These became the supports for the plywood dividers that formed the shelves and top of the piece.  From there, the sides are pine boards joined at 45 degrees.  This was necessary to create the front of the unit while still returning back to the wall.  The face frame was nailed to the plywood edging there primarily for looks rather than support.

These are the first doors I ever built and hung on a project.  I don’t think they look too bad, but, hey, they do the job. 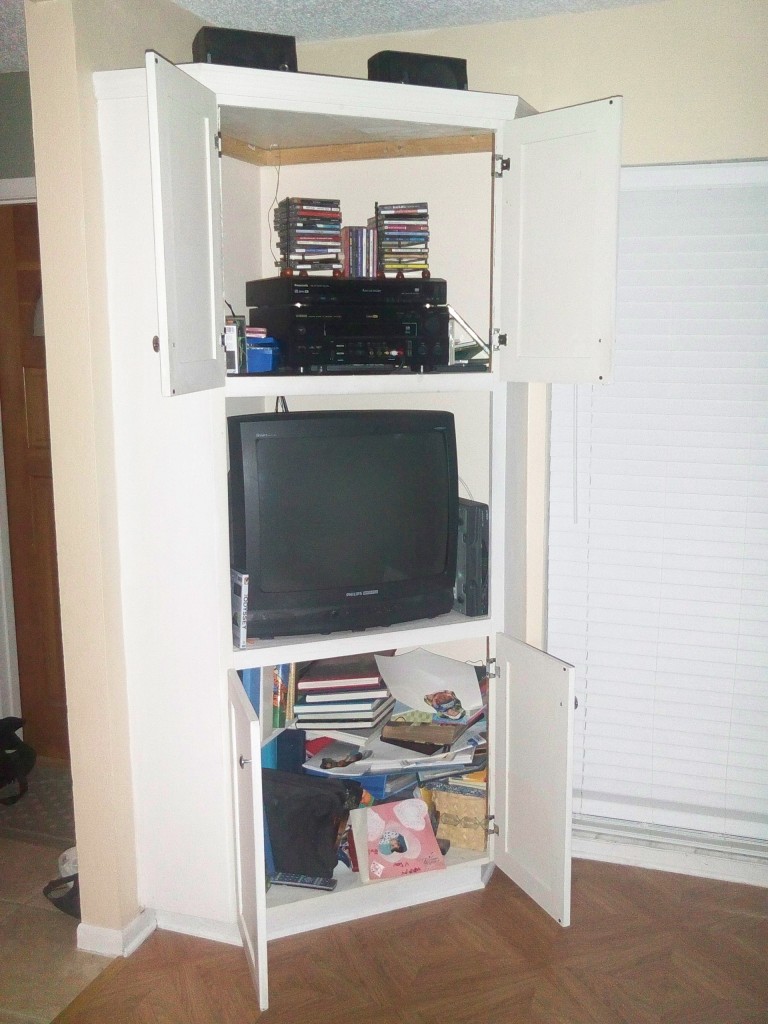 It’s amazing how much this project can hold!  The TV sits in the open middle of the case, all of the audio components are neatly hidden behind the top doors and behind the bottom doors is just about every picture we ever took.  Photo album after photo album are stacked shoulder to shoulder down there, keeping them from overwhelming another area of the house.

The best part is that we took an awkward spot in our home that no one was able to use and turned it into a great storage solution.

Now, this design is kind of interesting.  I know I have seen something like this before in my life… but you will have to wait for a special Sunday edition of Tom’s Workbench to discover who deserves the thanks for this handy design.