Make a list of the things that a woodworker needs to do his or her craft.  What would you put on it?

Tools would be up there. A place to work would be nice. A way to support and secure your work wouldn’t be bad.  Maybe a few measuring devices…

Oh, and you need wood. Depending on the size of the project, sometimes, lots of it. 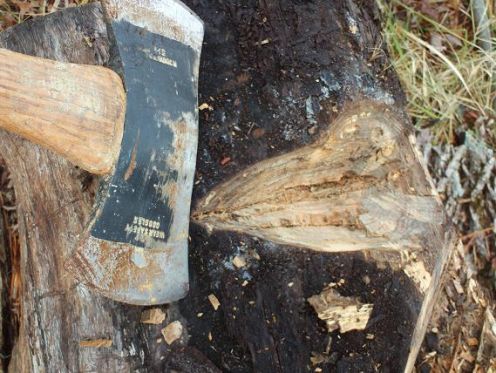 Even the ubiquitous 2×4 whitewood stud to make push sticks and other shop jigs.

Wood is used in a wide variety of applications.  There’s furniture making and construction for sure, but it’s also used in papermaking, chemical products – even food production.  But, for many years around the world, trees were cut down with little thought to the impact on the existing forests.

In many western European countries, going at stands of trees with the axe was vital. Countries such as England plowed through their native forests harvesting timber for ship building, dwellings, bridges and other structures. It became an implied duty for the wealthy landowner to sow a handful of acorns on his property to help ensure there would be enough native wood to keep the Royal Navy afloat.

Then, the colonization of the Americas happened. Settlers were stunned by the incredible number of trees to be found everywhere on the continents. It’s been said that a squirrel could cross from the Atlantic Ocean to the Mississippi River by hopping from tree branch to tree branch, never having to set foot on the ground. Soon, axes were hard at work, harvesting lumber for domestic – and exported – uses.  Millions of acres were also cleared to make room for the farms to feed the burgeoning population.

Fast forward to the early 20th century.  Many of those lush forests were now nothing but an empty landscape, devoid of anything but the occasional ragged stump left over from the clear cutting operation.

Fortunately before all of the virgin old-growth forests were lost forever, government and industry sought ways to slow or reverse this alarming trend. “Without wood, there’s no woodworking.  Period,” said Eric Poirier of Bell Forest Products. “That’s why it’s extremely important to everyone involved that responsible forestry practices are followed as we keep moving into the 21st Century.”

To that end, responsible lumber merchants are active partners in combating the illegal harvesting of domestic and imported hardwoods. “Wood is one of the most important renewable resources, but only if it’s harvested responsibly.”

How do retailers ensure their supply meets stringent responsible standards? “We only deal with lumber wholesalers and log dealers who actively combat illegal logging.” Eric was very candid about the company’s policies. “We make sure our suppliers have policies in place regarding planned felling, minimum tree diameters and felling rotations to ensure regrowth of the affected area.  When we as retailers – and our customers – demand these practices, the wholesalers and loggers listen.”

How can a woodworker know if their lumber retailer works with responsible loggers?  “Ask lots of questions when you go to your supplier. In today’s world of environmental consciousness, many retailers are touting their practices on their websites or at their stores.  If they don’t – ask.” 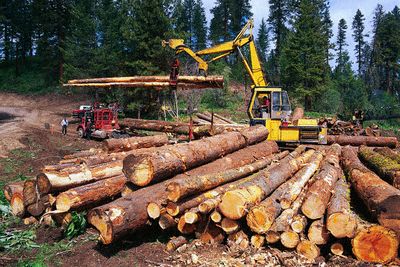 One area of specific concern for many woodworkers is the questionable logging practices of developing countries. “Some of the world’s most beautiful wood comes from South America and Africa. Unfortunately, some of those species we love so dearly – ebony and rosewood – were logged extensively and today are very rare.”  To help preserve these important trees, organizations such as the Forest Stewardship Council were created.  This international body’s mission is to slow the overharvesting taking place around the world, with a specific focus on tropical woods.  Founded in 1993, the organization has seen some success in trying to slow the overharvesting.  But, much remains to be done in order to preserve these resources.

After all, it’s not just today’s woodworkers who can be impacted by our actions. “I have two young children.  When they get older – and should they want to woodwork – it’s up to all of us to take our responsibility seriously so they can supply us for generations to come.”

7 thoughts on “It’s a responsibility”