However, I don’t think that the need for it has gone away.  It’s done now and ready to be dropped off anonymously to be given to a new mom. 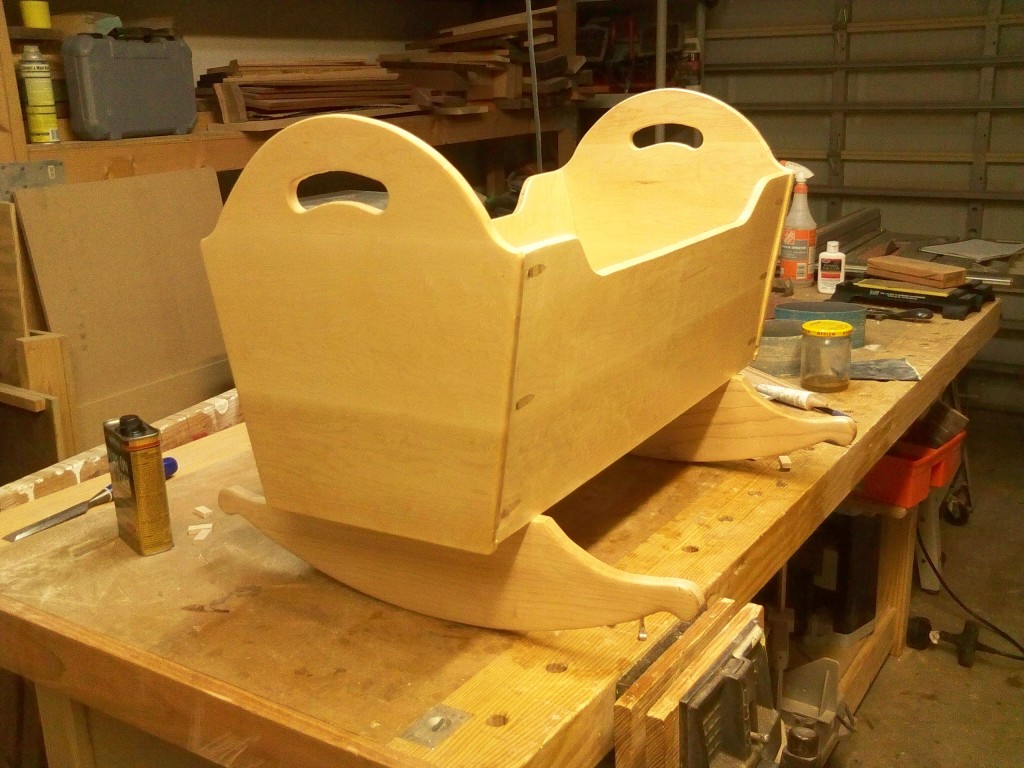 The original patterns for the cradle came printed on standard letter-sized paper and had to be joined together to create the full sized working plans.  That took a little time to understand, but was very easy and allowed me to create the flowing curves on the piece.

The original plan for the cradle was to be a knock-down design which could be stored safely after a child outgrew it, waiting for the next new family member should a new one arrive. After discussing this plan with my wife, she brought up a very important point.  If I was donating the cradle anonymously and someone had a question about how to set it up, how would they know what to do?

At that point, I decided I should modify the plan to permanently attach the sides to the head and foot board.  Fort this application, I chose plugged pocket screws, but I could have easily chosen dovetails or some other joinery method. 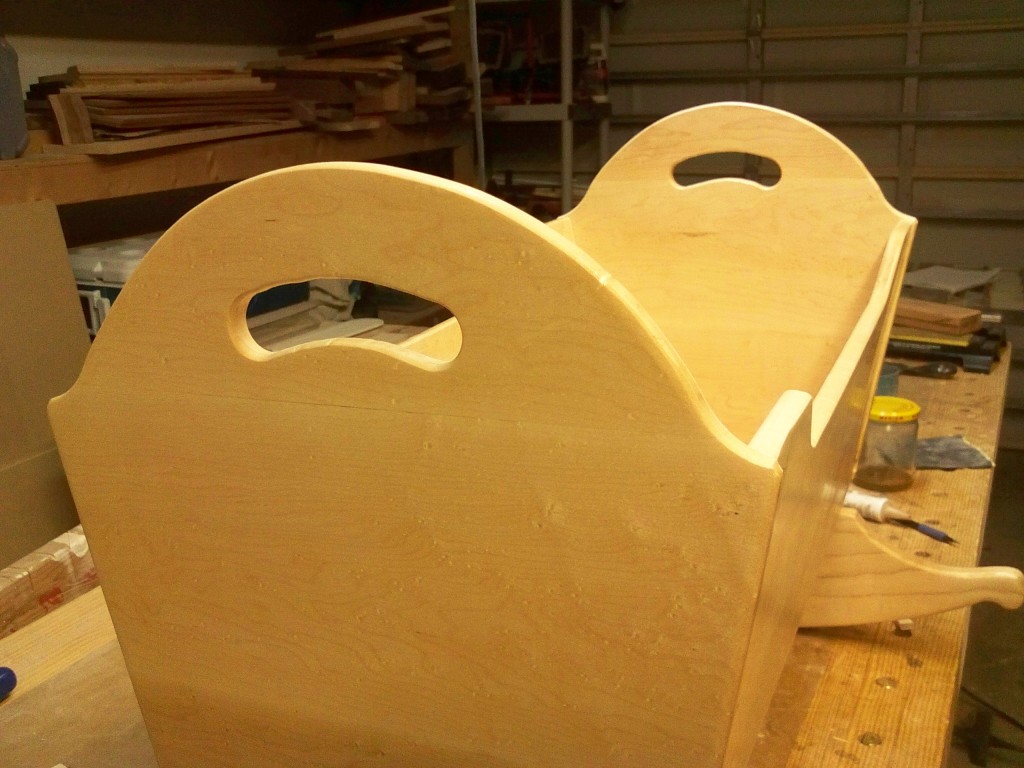 The handles were easy to cut. Working from the patterns, I located two center point for 1″ forstner bit holes and connected them with a flowing curve.

As I cut each piece to size, I finish sanded them and rounded over all the edges, paying special attention to the areas that were going to get handled.  This was much easier before everything was assembled.

The finish was a thinned down coat of Zinnser Seal Coat (mixed half and half with denatured alcohol).  Then, A thorough sanding with 400 grit paper to get the surface super smooth, then three coats of wipe-on poly to offer more protection.

Again, I would like to thank the folks at Wood Magazine who donated their cradle plan and the guys at Bell Forest Product for donating the beautiful maple.  Thanks, guys.  I appreciate your generosity!

Now, to get the cradle into the car and get it down to the pregnancy crisis center before they open at 8:30…. I hope they like it!