I mean, they had the tricorders that could tell them what was in the air on the planets they visited.  They had transporters to go from place to place quickly.  Dr. McCoy had that little salt-shaker looking thingamabob that he waved over patients and told him everything he needed to know about their condition.

And, the uniforms on the female crew members were something to look at.  Of course, that was 1960’s TV for you.

The one thing I thought was really interesting was how they stayed warm in cold locations.  Basically, someone would unholster their phaser, point it at a rock, squeeze the trigger and then huddle around the warm goodness until the Klingons were vanquished, Captain James T. Kirk came to grips with his split personality or some other plot issue was resolved. 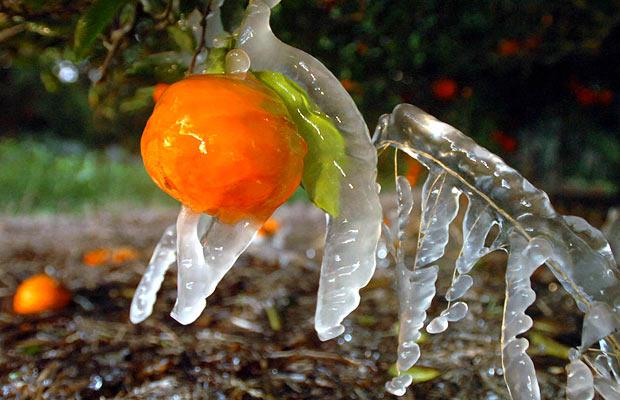 Given the recent cold snap in Florida, I wish I could have just used a phaser on a rock to raise the temperature in my shop.  But, I’m afraid that technology is a few centuries away.  So, I’m stuck with what’s out there on the market to heat things up on those chilly winter days.

Yes, this is heater advice from a guy who lives in Florida.  Pay attention…

A quick word about heat.  If you remember high school science, heat is basically just a form of energy.  The transfer of heat always goes from high temperature (energy) to low temperature (the lack of energy).  That’s why you have to power a heating device to keep your shop toasty and why your air conditioner has to work so hard to move heat out of your shop during the summer. In effect it’s actually trying to warm up the outdoors by using the heat in your home or shop. 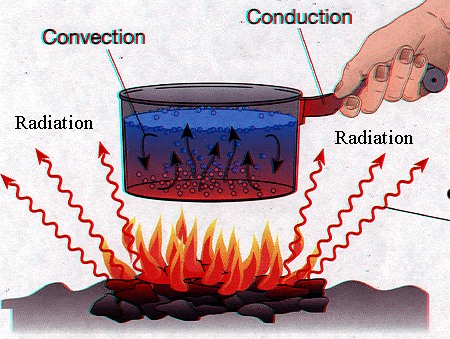 There are also three methods of heat transmission that we commonly see.  The first is conduction, which really won’t come into the discussion here unless you wear some kind of heated shop apron on chilly days.  Conduction actually moves heat through physical contact between items.  That’s why my hands were going numb when I held a cold hand plane last weekend… the heat was being conducted along its merry way.

Next, there’s convection.  Warm air is lighter in density than cold air.  That’s why hot air balloons fly.  A heater relying on convection will heat up the air, send it upward and draw in cold air from the room to fill the void.  This is a great way to evenly heat an entire room.

The final way is through radiation.  No, not the ionizing radiation you expect to see Engineer Montgomery Scott handling in the engine pods, but a little something like it.  The heat is actually directly transferred through waves through space from the heat source to your body.  This makes it great for spot heating, something like you do in a workshop you don’t want to heat entirely.

Many methods of heating employ both convection and radiation.  For example, if you light a fireplace, the fire (if you use glass doors or a fireplace insert and don’t let all the warm air rush up the chimney) will heat the air in the room through convection.  If you walk over to the fireplace and point your hands at the fire to warm them up, the heat you feel is arriving via radiation.

Now, when it comes to shop heaters, I’ve learned that there are many choices, and each does its own thing exceptionally well.

First, there are whole-shop heaters.  If you live where there’s plenty of ice and snow and you want to work during the winter, you’ll have to spring for one of these.  They are usually permanently mounted into place and have larger BTU heat outputs and a correspondingly larger fuel consumption.

Since my shop just gets chilly from time to time, I’m going to be selecting from column two – the space heaters.  These are smaller, portable units that can warm up a specific area.  The beauty about them is I can stash one up in the attic all summer long and just drag it down when I need it for the brief cool season in my shop.  They could also provide some supplemental heat for a fully heated shop to lessen the effects of a cold spot.

Next, I have to choose the method that powers the space heater.  There are ones that burn some type of fuel like kerosene, propane or natural gas.  These offer a good deal of heat for their weight and don’t rely on the power to be on to do their thing.  That makes them ideal in the event of a blackout.  The down side is that they produce a deadly gas called carbon monoxide (CO).  Let’s just say that this stuff is lethal, and it’s a great idea to buy a CO detector when you pick up your heater.  Sure, it may add to your cost, but it probably will cost significantly less than hospital bills or a funeral. Seriously.

The other option is an electric heater.  They take power off the grid to do their work, eliminating the threat of CO in the shop.  They come in several different sizes, and in three main designs.

The first ones are primarily convection heaters. They have a fan which draws cold air over a heating element, blowing the warm stuff back into the room. These give a nice, even heating to the room, but, in a larger shop without insulation – like my shop here in Florida – it may take a while feel any warmth.  Like the arrival of spring kind of while. For smaller, insulated shops, though, not a bad idea.

The next ones are primarily radiation heaters. No, they don’t need dilithium crystals, but they do use quartz or metallic heating elements and a reflector.  Just like a spotlight, if you are in the path of the beam from this heater, you’ll warm up.  These might be a great solution if you spend a lot of time in one area (your workbench) and want to direct your heat that way. 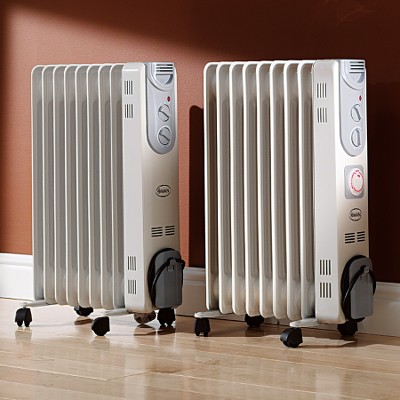 The one I am leaning toward purchasing is sort of a combination radiator/convection heater.  These models look like the good old steam radiators found in older buildings.  Instead of channeling scalding hot steam, these models are filled with an oil that is warmed by the electric heater.  The best thing about these heaters is there are no exposed heating elements. The element is immersed in the oil in the unit and the heat is conducted (Actually convected through the fluid medium) to the outer fins by the oil.  This way, there’s nothing directly exposed to sawdust in the air. I have used these way back when I lived in Maryland, and found them to give off a nice, even heat to the room while still allowing you to warm your hands – or posterior – by holding them near the unit.

Whatever method or fuel you choose to heat your home, just keep this in mind – The National Fire Protection Administration reports that heating equipment is the leading cause of home fires during the months of December, January and February, and trails only cooking as a cause for home fires year-round.  Some other sobering facts include:

Some safety tips from the NFPA are:

Oh, and if you do want to heat that rock with your phaser, be sure no one is standing in the line of fire.