This past Friday morning, Rhonda and I sat in a judge’s chambers and finalized the divorce.

That chapter in my life has closed, and with it, there was one other major item which needed to be finalized. You see, the tools in the garage were still there, and I had to get them out. 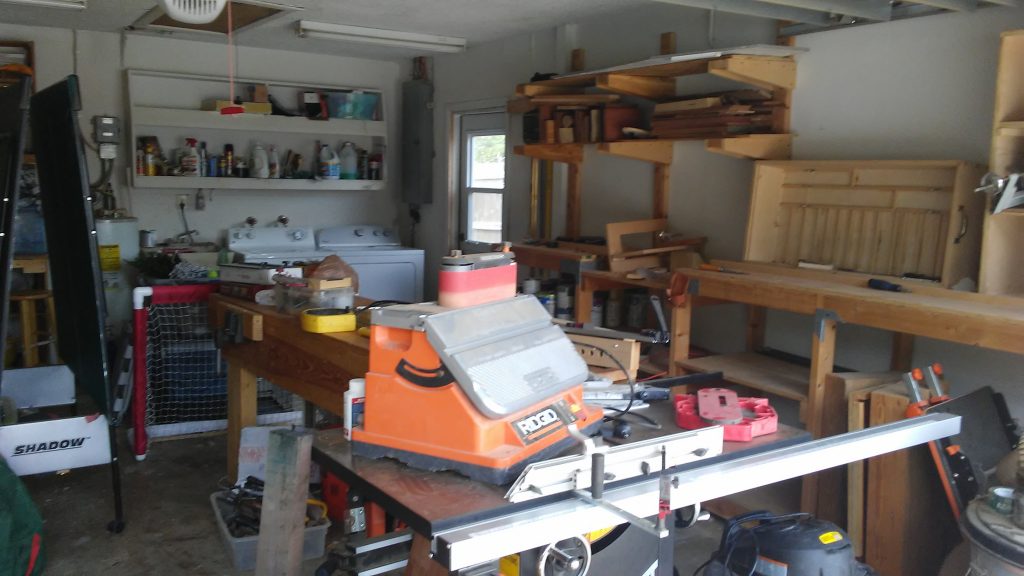 At the appointed hour, I ran back to the old family home and found the garage door open, the tools ready to move. I spent the first half hour ensuring that everything was boxed up and ready to go. After that, I started wheeling what I could outside to the driveway to get ready for the movers.

It was amazing to see what I had stored up in the shelves. Wood I had meant to use for projects. Tools I hadn’t seen in years. Oh, that’s where that adjusting wrench got off to… 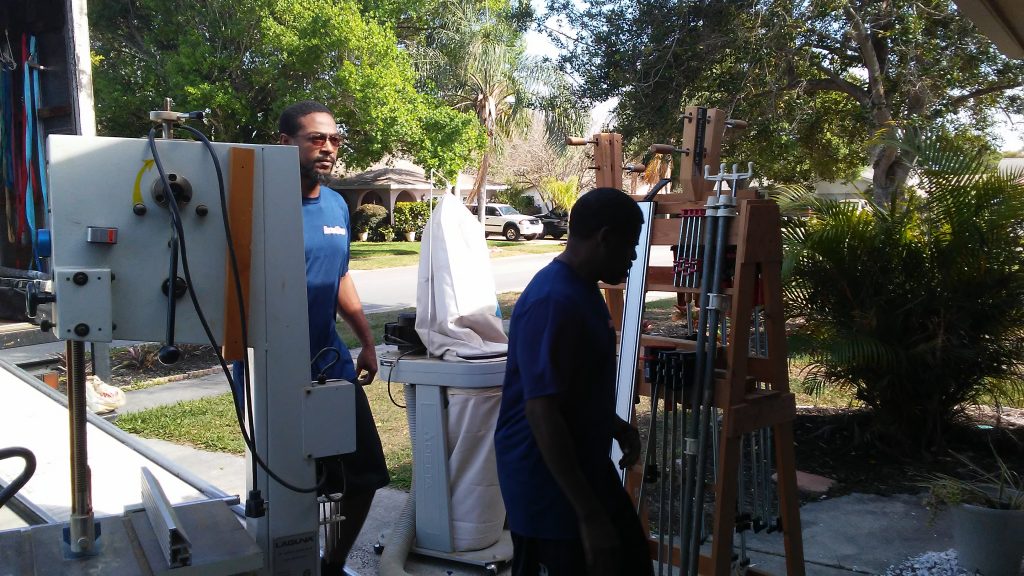 With everything just about dragged out of the garage, the movers showed up. Three guys. One truck. Swagger a plenty. I discovered that Monster Energy Drink is mover fuel.

I warned the guys that some of the stuff was heavy, but they laughed, “We’ll let  you know if it’s heavy,” said Mike, the leader of the crew.

And, just like that, they sprung into action. Since they charge by the hour, I asked how long they thought they were going to be. “We will have it done in half an hour.”

I looked at the bench. The band saw. The wood. I thought, “Holy smokes, it would take me a weekend to move this by myself …” As I stood there trying to calculate how much professional massage therapy it would take to fix my back, one of the guys brushed past me, thickness planer in hand like he was picking up a shoebox holding dainty ballet slippers.

I got out of the way, and it all went onto the truck. All of it. One piece after another. They didn’t even need a lift gate. Up the ramp it went and it got secured to the walls of the truck with heavy webbing.

The hardest part was the move of my old workbench. It did take all three of the guys to hoist it up onto the truck, but after a little bit of cursing, they finished and closed up the gate. 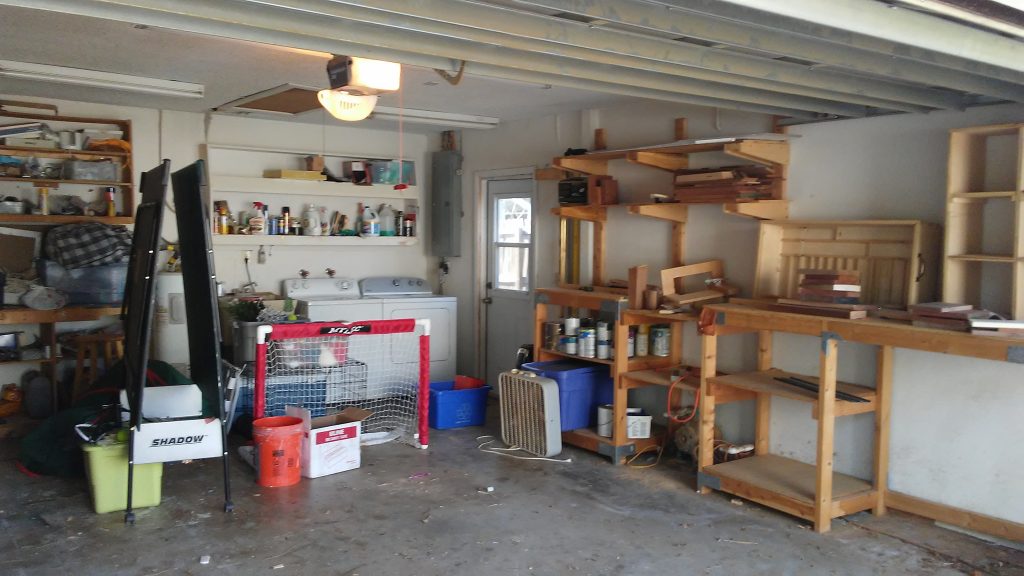 They drove off, out of sight. I turned and looked back at the empty shop. The shelves I had built were still there. My drill press that a neighbor wanted was still there. There was PLENTY of sawdust everywhere.

But, it was empty again. A garage.

I hit the button, dropped the door and headed back to my new apartment. 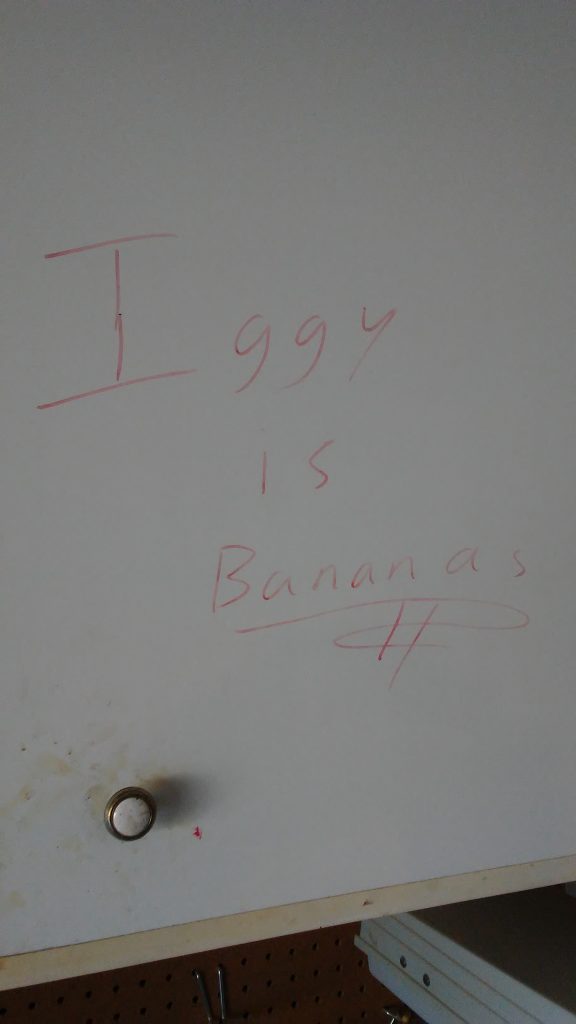 Time to set up my new shop in a rented one-car garage … and I have an idea of what my next woodworking project might be.

3 thoughts on “You say Goodbye, and I say Hello”